My goal is to publish new posts twice a week — Mondays and Thursdays. However, if you don’t see a new post on Thursday, it’s because I was too busy, so please look for a new one the following Monday.  The next post will be published on Monday because this post was published on Tuesday. 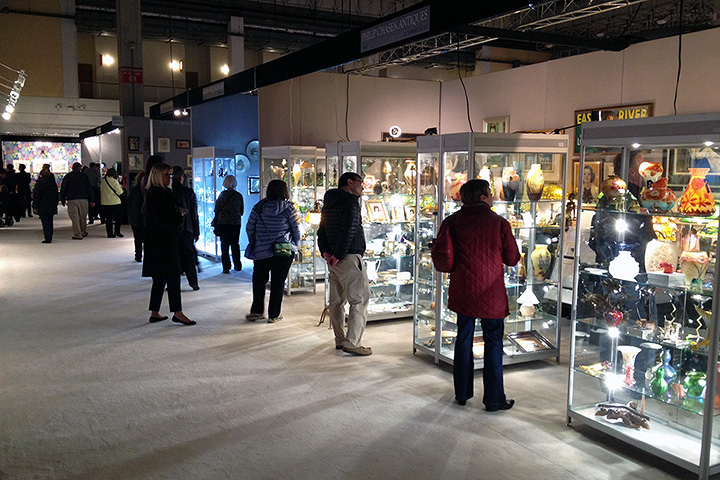 1:45 PM Saturday afternoon in my aisle

The Chicago International Art, Antique & Jewelry Show was held this past weekend, April 25 – April 28, 2014.  Following is a log of the events.

It’s 1:30 PM on Saturday, as I start to write this blog. There’s plenty of show left, but as of this moment, it’s not going well. The show started with a preview party on Thursday night. I managed to make one sale and answer a few intelligent questions, but basically the preview party was a bust, as most of them are. What made it worse was the lack of food and drink. The only thing included was hors d’oeuvres and a poor champagne. Drinks were for purchase. The promoters don’t realize (or care) that the dealers are their most important asset and should be treated accordingly. Plenty of food and drink would go a long way to creating needed good will. It’s the wrong time and place to try and save a few bucks. We were expected to be at the show from 4:30 PM – 10 PM with little food. It’s a far cry from the delicious, unlimited food and drink at the Merchandise Mart show. (Scott, are you reading this?) Dealers, let management know your opinion.

Attendance has been light to moderate, which I didn’t expect. The bigger problem is that many of the attendees seem unknowledgeable, uninterested or unqualified to make a purchase. I rely on my loyal clients year after year, and truly thank them, but it’s really important to develop new clients. None so far, but that could change in a flash.

One of the fine Daum vases sold at the show

Update.  Sunday, 5 PM.  The show is almost over.  Tomorrow, Monday, is likely to be a bust, as most Mondays are.  We’ve done a reasonable amount of business, but only a tad more than we did at the Chicago Botanic Garden a couple of weeks ago, but at twice the expense.  All of our business has been from our existing clients, except for one sale.  The goal of doing a major show in a major city is to find important new clients and that hasn’t been the case.  I don’t think our booth helped either.  We were in the first row to the left of the entrance.  Most of the clients visited us first and left quickly to see the rest of the show.  The middle of the show was where the action was. 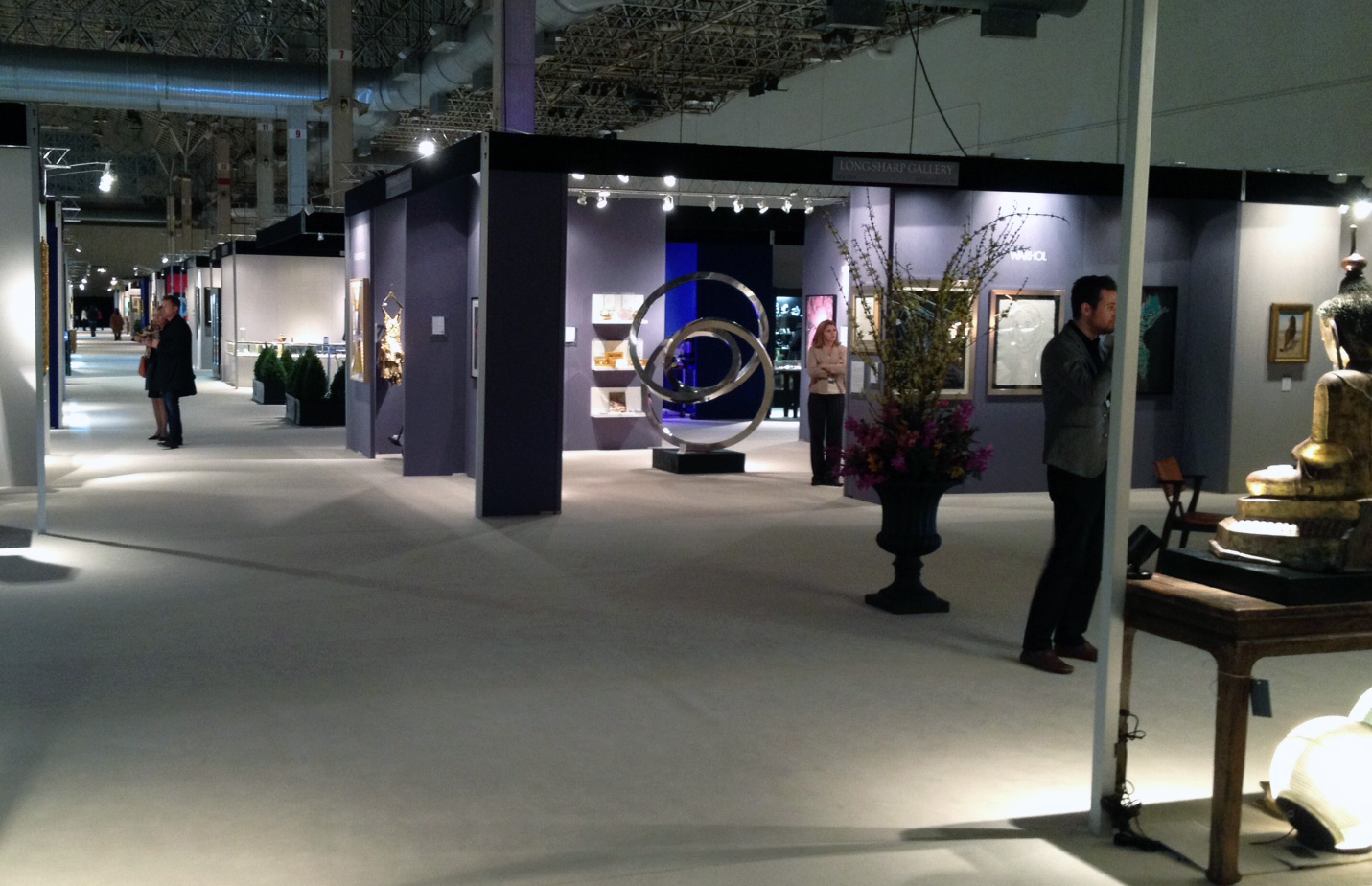 Update.  Monday, 4 PM.  The show is now over.  Attendance was quite light on Monday, but a couple of dealers reported some business.  We did OK.  We made a few bucks, but nothing to write home about.  In asking around, I found out the following.  A NY dealer had an excellent show, in large part because an important client flew in from the West. Another East Coast dealer also had an excellent show. A major Southern dealer did not do well.  An art dealer had a poor show, and two dealers from France had bad shows.  All in all, a mixed bag.  I did hear good things about show promotion.  People told me about ads in the Chicago Tribune and on TV. Someone told me they received an email from the promoters offering a $25 voucher for cab fare to come to the show.  It was a good effort, but the Navy Pier is not the ideal facility.  I hope the promoters can come to an agreement with the Merchandise Mart to move the show back there.  That would be the best of both worlds. 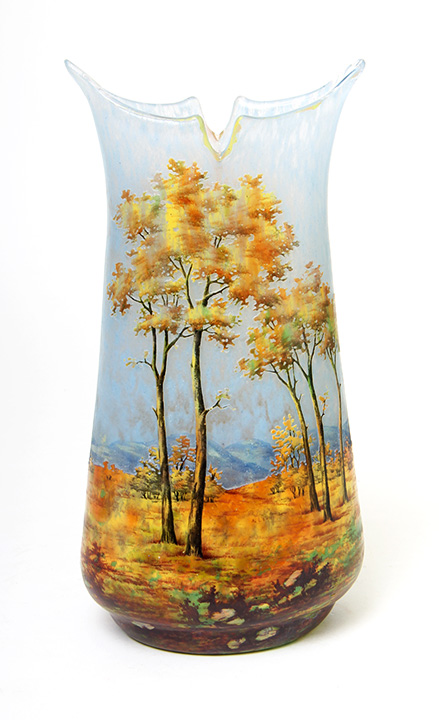 This wonderful Daum Nancy fall scenic vase is just in

The show season is now over. We’ll spend the next couple of months preparing for the summer antique shows that start in Denver and culminate with the wonderful Baltimore Summer Antiques Show, August 21-24, 2014. (BTW, it’s not too early to make your plans. Hotel rooms go quickly for the show, so make your reservations now.)

Spring in New York is a lovely time of year, so Lia and I will make sure we plan some playtime. All work and no play makes Jack a dull boy. But there’s still plenty of time for business, so feel free to call or write. Let us know what you’re interested in buying or selling!

Click here to view my new website and look around. We always strive to offer the finest objects for sale on our website and at every show. There are many items for sale, sold items with prices and free lessons about glass and lamps.