Having never been to Barcelona, we left Paris for a few days to visit. Rather than fly, we traveled by high speed rail on a TGV (Train à Grande Vitesse), which has a top speed of almost 200 mph. It was a lovely way to travel, except for the lack of wifi. 6½ hours later we were in Barcelona’s city center. 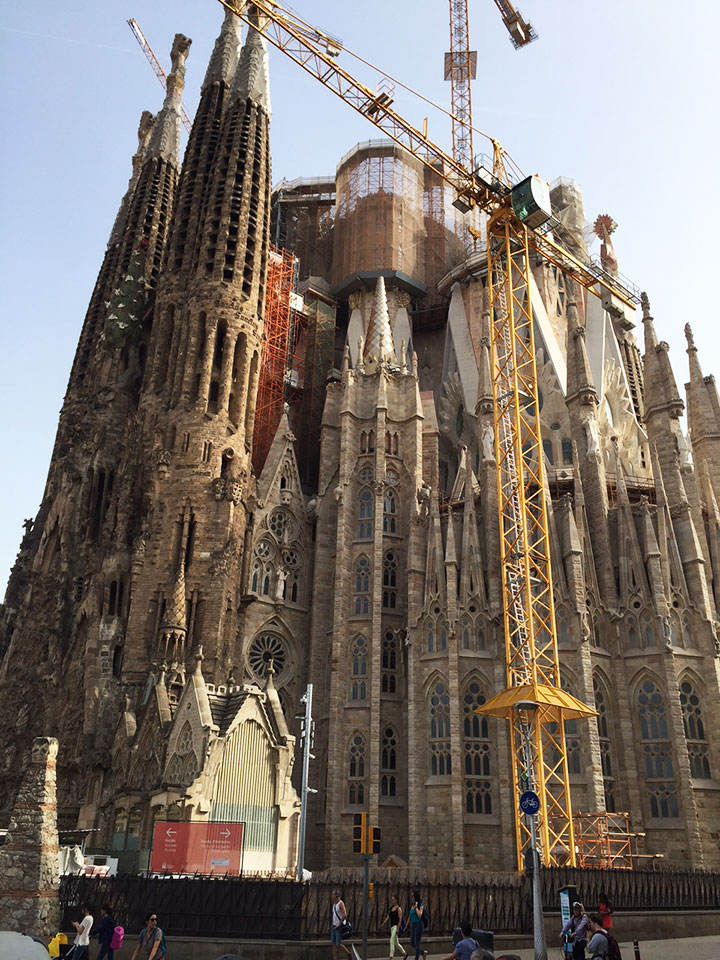 The Sagrada Familia is still under construction

It’s a lovely city, cleaner than most, very organized and quite civil. Surprisingly to me, Catalan is the preferred written language. The impact of Antoni Gaudi, the genius architect, is everywhere. All of the top sites in the city were designed by Gaudi. His influence is so pervasive, they should rename the city Gaudi.

A panoramic view of the interior of the Sagrada Familia

At the top of everyone’s list of must-see places is the Sagrada Familia (Sacred Family) – Gaudi’s masterpiece cathedral, on which he spent the last 40 years of his life. Gaudi died in 1926, at the age of 73, having been struck by a tram. He never saw his cathedral completed but knew he never would. Work continues to this present day, with a hoped-for completion by 2026, the 100th anniversary of his death. It’s an extraordinary place, which is why it receives almost 3 million visitors a year and is Spain’s most-visited tourist destination. 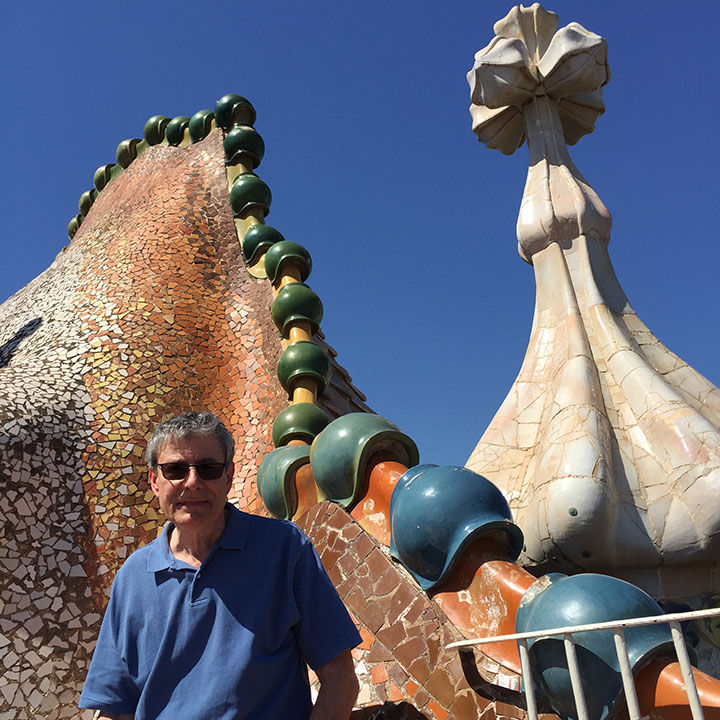 That’s me on the roof of the Casa Batlló

Having dealt in Art Nouveau objects all of my adult life, I couldn’t wait to see Gaudi’s Art Nouveau masterpieces. At the top of my list was the Casa Batlló. What a place! Not one single straight line in the entire building, inside or out. Photos do not do it justice. Every single detail, down to the brass handles on the windows, was meticulously designed by Gaudi. We spent a very enjoyable couple of hours at his tour de force.

An evening of flamenco at the impressive Palau de la Música was captivating. Designed in the Catalan modernista style, it was built between 1905 and 1908. Try to see anything there on your visit to Barcelona. 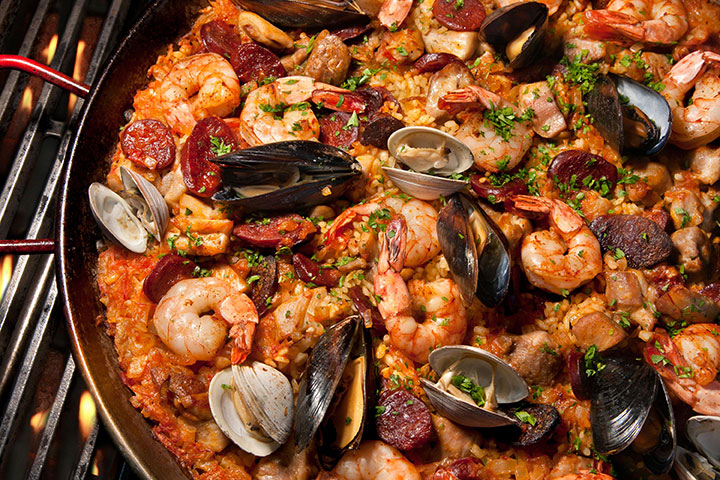 Paella was another story. We tried twice to find good paella. Once we relied on the recommendation of the concierge at our hotel. Bad choice. The place was a tourist trap and the paella was awful. Next I used the Internet to find the “10 best places for paella” in Barcelona. Another bad choice – not as bad as the concierge’s, but far from good. Oh well, at least the search took us to some interesting places.

Now we’re back in Paris, scouring the shops and the markets looking for more treasures. It’s harder than it used to be, but we were still able to find our share. Not many people get to visit Paris regularly for business. We’re lucky.

No shows until July, when we’ll be in Denver for the Denver World Wide Antique Show, at the Denver Mart, EXPO Building, 451 East 58th Avenue, July 24-26, 2015. I’ll always be in touch, even while we’re in Europe, so please don’t hesitate to email or call.