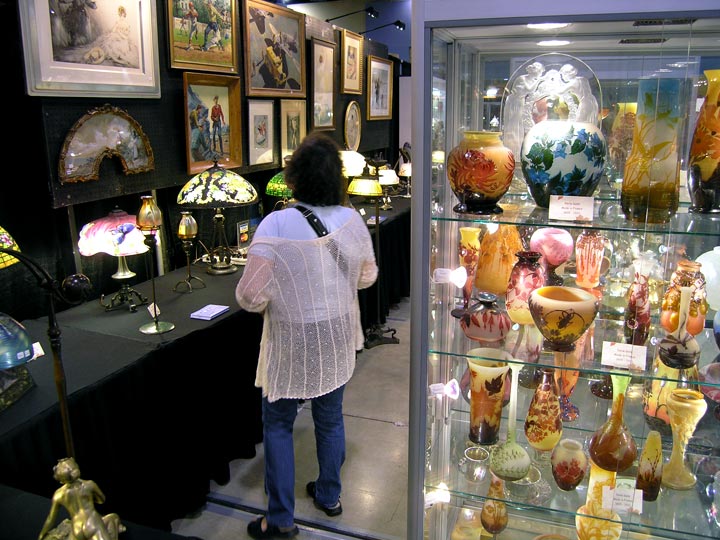 My booth at the show

There were definitely more smiles than frowns after the Original Miami Beach Antiques Show ended on Monday evening. Attendance was fairly good, but definitely affected by the horrible weather up north. Several people I spoke to said they were delayed by a day or two in arriving because of airport closings and canceled flights. Regardless, business was generally good. I asked many dealers how they did and very few said fair or poor. Most replied good, excellent, or even better. One dealer brought approximately $1 million dollars in jewelry to the show. He told me he sold out. That’s right, nothing left. He sold well to the public and then a dealer who specializes in buying complete booths bought whatever remained. Not bad for a few days work. Another dealer, who specializes in Tiffany lamps, sold so many lamps that he had his best show ever. 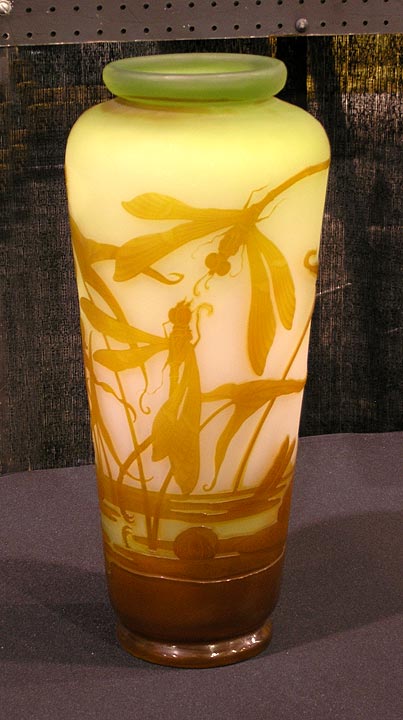 The results of the Original Miami Beach Antiques Show are usually a barometer for the antiques business for the rest of the year. Right now, things are looking up. 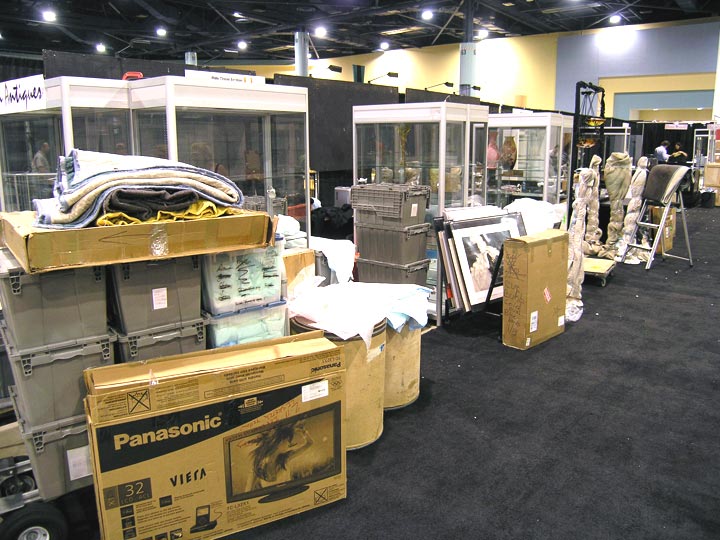 Packup on Monday evening at the show

This week we’re off to Sarasota to try another show. We haven’t had the best luck there, but the timing was right, coming the week after the Miami Beach show and before the West Palm Beach show. Last year we had a scary, unwelcome Noreaster adventure on the way to West Palm Beach for the show. This year we decided it’s best to play safe, stay in Florida, exhibit in Sarasota, and avoid the unfortunate weather in the Northeast. If you live on the west coast of Florida, I hope you’ll take the time to visit the show. The dates are Friday to Sunday, February 11-13. I’m bringing the same top-notch objects I will be bringing to West Palm Beach the following week.

If you like my blog, please let your friends know by sending them a link. Then check out my new Tiffany, Daum, Gallé, Webb and R. Lalique acquisitions. I’ve recently listed many of them on my website, including Daum swans and rain — more each day, including a Tiffany Favrile millifiori vase. Here’s the link. chasenantiques.com