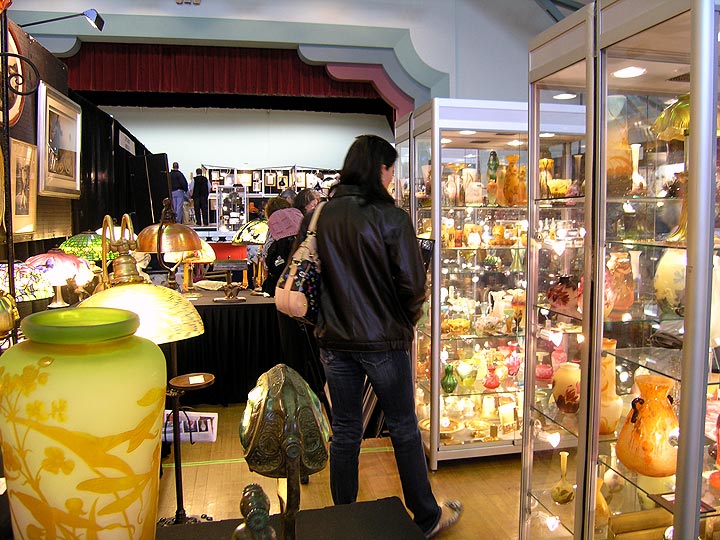 Sunday afternoon in my booth at the Sarasota Antiques Show

Call me a glutton for punishment. After exhibiting at two shows in a row in Miami, we made it three-in-a-row with Sarasota and soon to be four-in-a-row with Palm Beach. I don’t mind the work when it’s rewarded, but it was not to be in Sarasota. Next year, we’ll relax on a Caribbean beach for a week between shows. Hey mon, I can already taste that Jamaican beer! 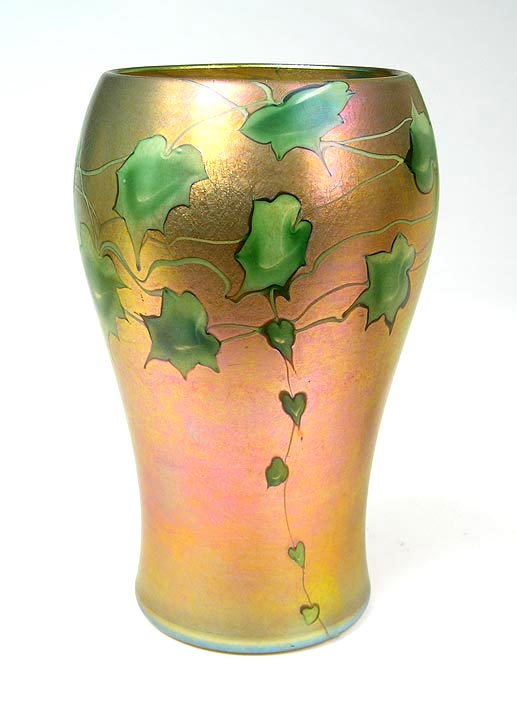 This is the third time we’ve exhibited in Sarasota and now we know beyond the shadow of a doubt that it’s the last time. It’s a beautiful city, but that’s not a sufficient reason to exhibit there. There aren’t enough buyers for important items. I received lots of compliments, and I do appreciate them, but unfortunately I can’t pay the mortgage with them.

It amazes me, although it shouldn’t, how little the general public understands about the antiques business. First and foremost is that most people don’t even realize it’s a business, with profit and loss. If more people understood that, there could be a better balance of the needs of both exhibitors and attendees. Exhibitors need to sell. The public, in general, needs to be amused. The buyers need to find what they’re searching for. So how can a balance be achieved? I’ll propose a radical solution that has little chance of succeeding. Attendees at antiques shows pay nothing for admission if they make a purchase. Those who don’t make a purchase pay for admission, say $50. What would happen? Fewer people would attend, but a higher percentage would make purchases. Sounds good to me. The problem is that there is a third interested party — the show promoter. Promoters make money from two sources, booth rent from the exhibitors and admissions from the public. They have no interest in limiting the number of people who attend — just the opposite. The antique shows that get the balance correct will continue to thrive, while those that don’t will eventually go out of existence, as has already happened in several cities. In the meantime, I’ll keep writing my blog in the hope that I can affect and improve the balance. But I digress. 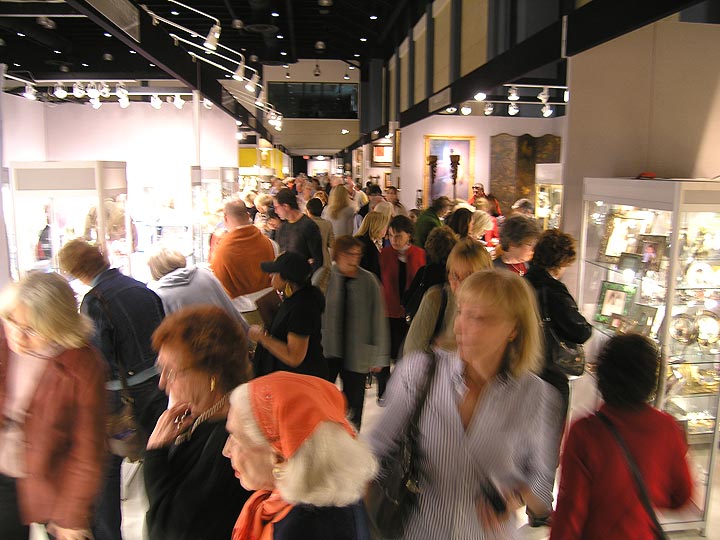 Next weekend, on Saturday, February 19th, the Palm Beach Jewelry, Art & Antique Show opens to the public. It will remain open for four days, until Tuesday, February 22nd. It’s a gorgeous show, with important dealers, many of whom exhibit at very few shows. It’s worth a trip from anywhere. Buyers fly in from all over the US, as well as Canada and Europe. Palm Beach is a lovely place to spend some time in the middle of winter. There’s still time to make your plans.