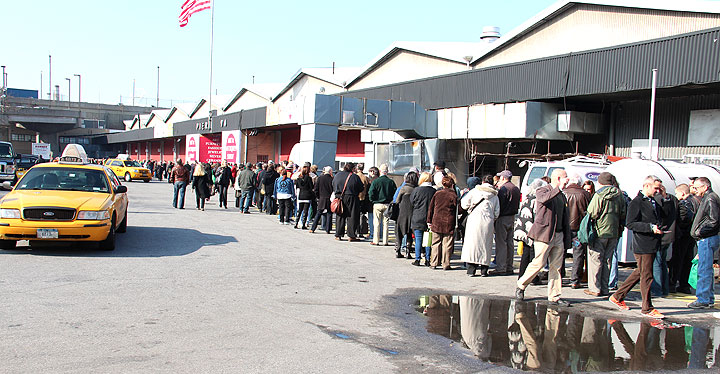 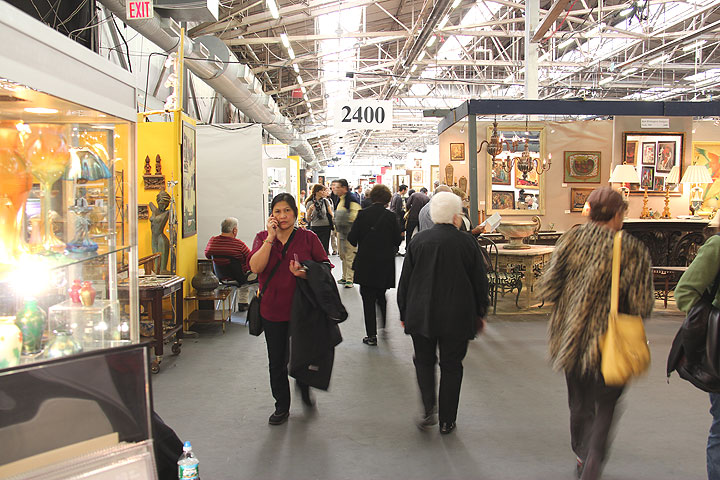 Some of the Saturday crowd

Attendance was excellent on opening day, Saturday. Interest was heavy and sales commensurate. My booth was the busiest it’s been at any show I can think of in the last 10 years. At one point in the morning, there were six bona fide buyers in my booth, all wanting my attention at the same time. My friend Tony and I could not handle the questions fast enough. I didn’t even realize I hadn’t eaten lunch until about 3:15 PM, when there was a break of five minutes. It was a good day by the time it ended at 6 PM, but I was frazzled and needed a drink. 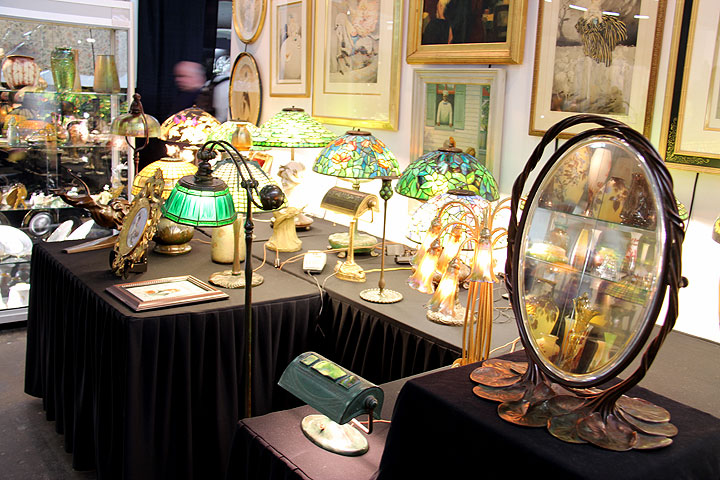 Sunday was another story. The show opened at 10 AM (a big mistake). Nobody gets to a show early on Sunday, so it would have made good business sense to open at 11 AM. The number of attendees would have been the same by the end of the day. Everyone would have sold the same. The only difference would have been that the dealers (and the staff) would have gotten a needed extra hour of rest. (Irene. Are you listening? Please open the next show at 11 AM on Sunday. Everyone will thank you. I promise.) 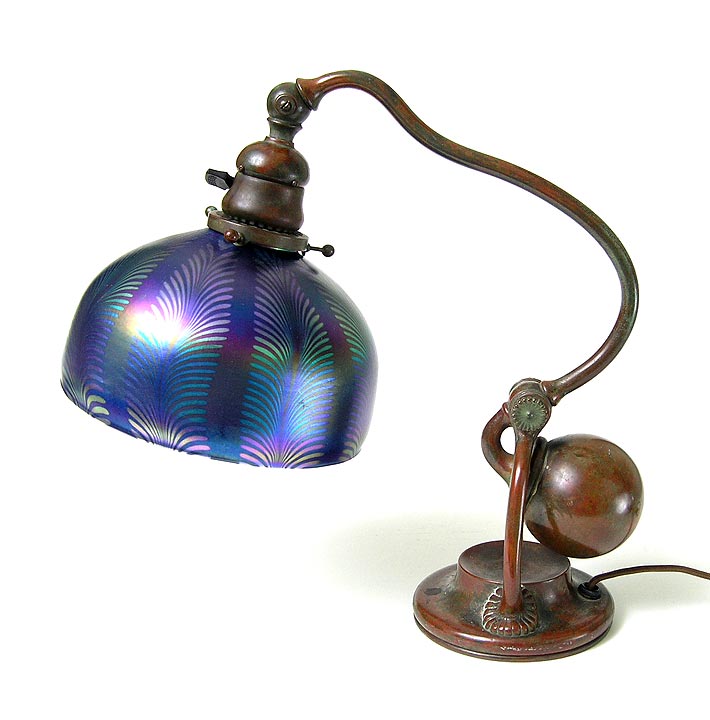 One of the fine Tiffany Studios items sold at the show

Where was I before my rant? Oh, Sunday. Attendance was lighter on Sunday, but still pretty decent. The pace of the day was much more manageable and sales continued for me. How’s this comparison? The Original Miami Beach Antiques Show in February was a good show. It had a two-day setup and five-day public opening. For significantly lower expenses and a much smaller time commitment, I did 85% of the business at the Pier show that I did at the Miami Beach show. That’s quite an accomplishment. For me, it was the best show I’ve had at the Pier in many years. (And that was with two of my best NYC clients not buying anything from me.) Sales were diverse, from Tiffany glass and a lamp and an inkwell, to French cameo glass, to Icart etchings. 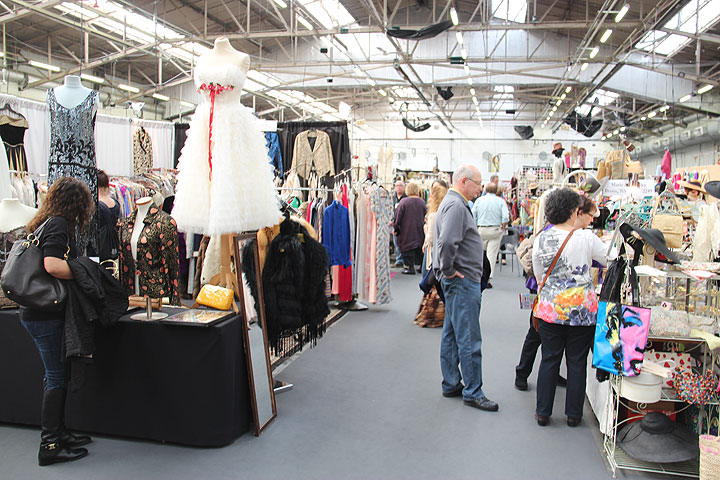 The Fashion Alley section of the show

In asking around to many dealers, I got the following responses. A dealer in Art Deco furnishings, jewelry and furniture, told me she had the best Pier show in many years. (Sound familiar?) A dealer in furniture and bronze exhibited at the Pier show for the first time. Many, many items in his booth were marked sold, and this was after a fabulous show in Miami Beach. He told the show promoter, Irene Stella, that he’s looking forward to the next Pier show. A couple of dealers in art glass said they had decent, but not exceptional, shows. A dealer in lamps said his show was good with sales of both lamps and glass. Two other glass dealers told me they had good shows. Most responses were favorable.

But no one show has all winners. One new dealer in lamps told me his total sales were zero (ouch!). Another dealer told me that most of the dealers he had spoken to had poor shows. Who did he speak to? They definitely weren’t the ones I spoke to.

If I add up all of the anecdotal information I’ve been gathering at antique shows, auctions, and general scuttlebutt, the market in antiques is really heating up. For example, my friend, Jim Julia, just had a gun and knife auction last week. He’s had some great sales, averaging about $10 million. His best gun sale to date grossed $12 million. Last week’s sale hit $18 million. According to Dudley Browne, the lamp and glass coordinator, people were throwing money at some of the items. Bidding was wild and wooly. It just warms the cockles of my heart. 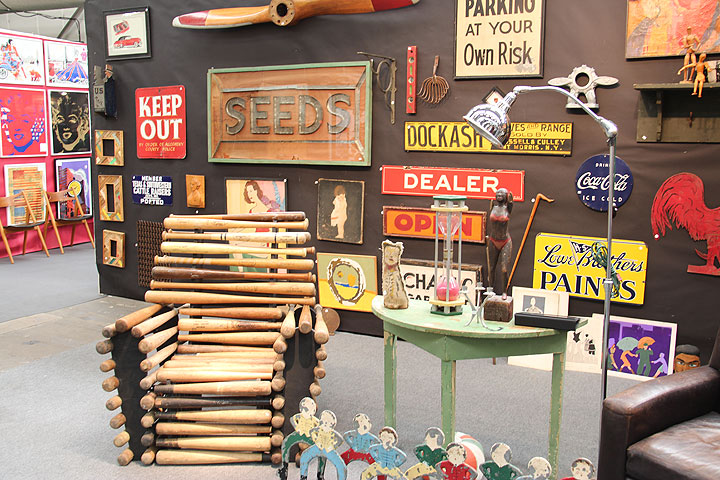 The next NYC Pier Antiques Show is scheduled for November 17-18, 2012. If I were you, I’d starting making my plans now. You won’t want to miss it. 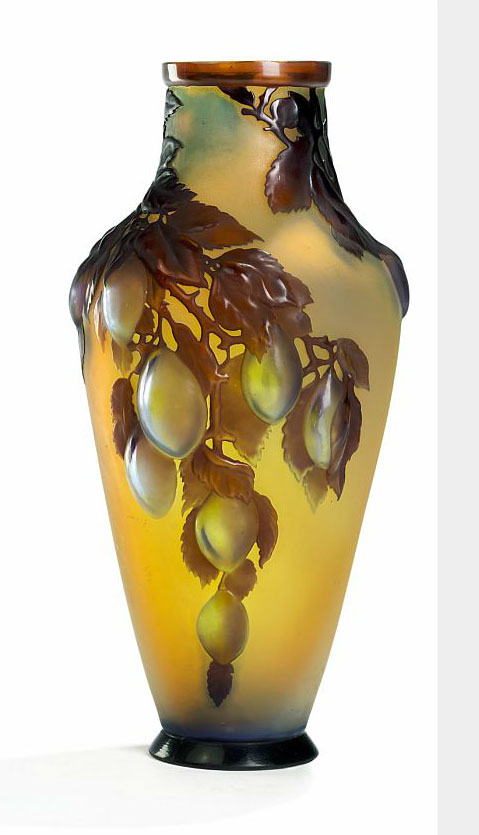