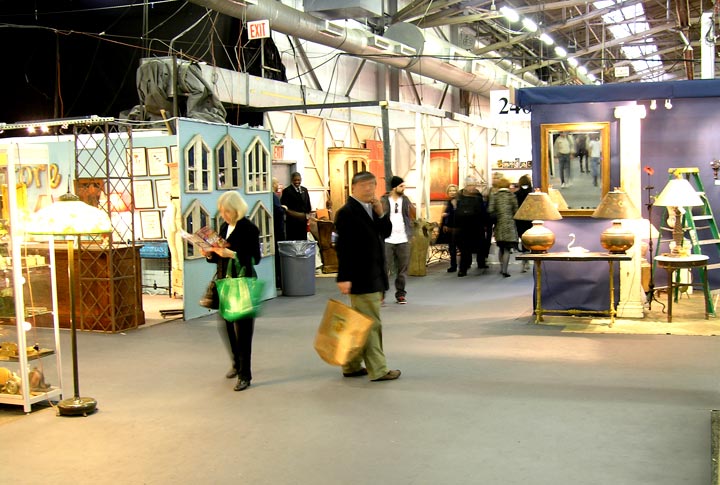 The weather in NYC was miserable this weekend, especially Saturday. Heavy, steady rain accompanied by strong wind, made for a rough day. Ordinary inclement weather is usually good for attendance and business at shows, but awful weather can have a negative effect. Attendance was down from the previous show, but still decent. The show didn’t have its usual buzz and snap. Business was off on Saturday from the previous show, but not drastically.

Sunday’s weather was slightly improved — just nasty, but not raining cats and dogs and not nearly as windy. Attendance got off to a very slow start because the show opened at 10 AM. There is no good reason whatsoever for a show to open at 10 AM on a Sunday, especially with the change to Daylight Savings Time. Everyone’s body clock told them it was 9 AM. Anyway, most people sleep late on Sunday. For the first hour and a half, dealers were all sitting around waiting for the first person to come and ask a question. Everyone would do the same business if the show hours were 11 AM – 5 PM on Sunday and the dealers would all be elated. (Hello Irene. [Irene Stella is the promoter of the show.] How about it?) 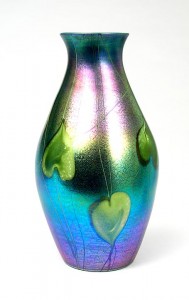 Business picked up a little on Sunday, but overall sales were somewhat disappointing. Sales were diverse at the show, with Tiffany, Quezal, Gallé, Daum, and Icart garnering the most interest. In speaking to several other exhibitors, most were satisfied with their results, but none were ebullient.

Now here’s something not to do at a show. Les Fisher, an Italian restaurant owner from the south shore of Long Island, came into my booth on Saturday. He decided to buy an expensive Art Nouveau bronze, and after a bit of negotiation, he agreed to purchase it if I gave him time to pay it off. I do that with lots of people, so I had no problem with the arrangements. He shook my hand, told me he would be in on Sunday, not only with a significant deposit, but lunch from his restaurant. Very nice. The only problem is that Les never showed up, never called, and never answered two phone calls. Not only is that not nice, but irresponsible, inconsiderate and rude. The item was marked sold for several hours and as a result, might possibly have resulted in the loss of the sale to another client. The courtesy of a phone call would have been the least that he should have done.