My goal is to publish new posts twice a week — Mondays and Thursdays. However, if you don’t see a new post on Thursday, it’s because I was too busy, so please look for a new one the following Monday. This Thursday’s blog will be about the results of Christie’s New York 20th Century Design sale on March 8, 2012.

Sotheby’s New York held a 20th Century Design sale on March 7, 2012. It was a mid-level sale, as the major auction houses save their best items for December and June. The selection of French cameo glass was small, but high quality, while the selection of Tiffany lamps was not strong. There still were some very good results. 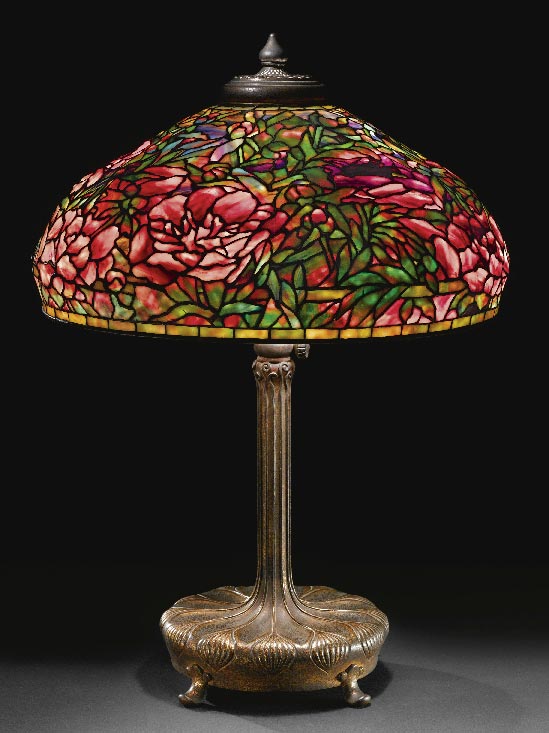 Top lot of the sale was #243, a Tiffany Elaborate Peony table lamp. It sold for $242,500, against a pre-sale estimate of $150,000 – $200,000. There were problems with the lamp that depressed the price. First, it had quite a bit of damage to the shade. Second, the shade finish was gold on a worn gold doré base. Had it been a patinated shade and base, with little or no damage, it probably would have sold for double or more. Even as is, I thought the final price would be higher, as the shade was rare and beautiful. 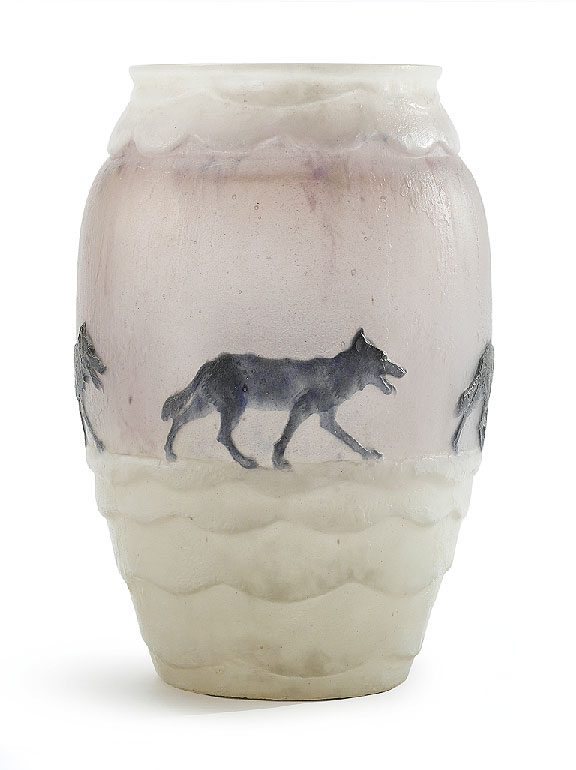 The sale of lot #208, a pâte-de-verre vase by Argy-Rousseau, entitled Les Loups dans la Neige (Wolves in the Snow), was very strong, selling for $40,625 — almost double its high estimate of $20,000. (Remember the selling price includes the buyer’s premium.) 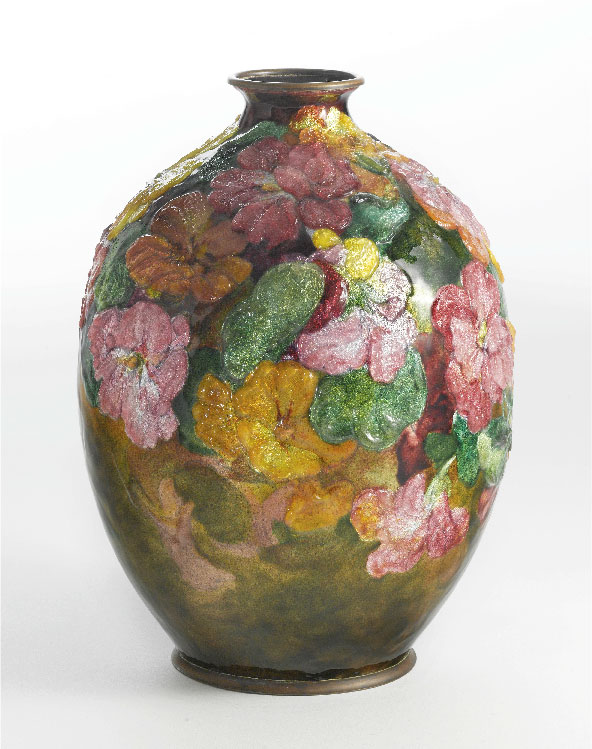 Camille Fauré enamel on copper vases have been strong for a couple of years, but not at this auction. All four lots were passed, partly because the estimates were too aggressive.

For the complete results of the auction, click on the following link. Sotheby’s 20th Century results.

Our next show is the Pier Show at Pier 94, the Hudson River and 54th St., in New York City, this coming weekend, March 17th and 18th. It’s always fun, so make sure you come to the Big Apple and visit our show! You’ll be happy you did. 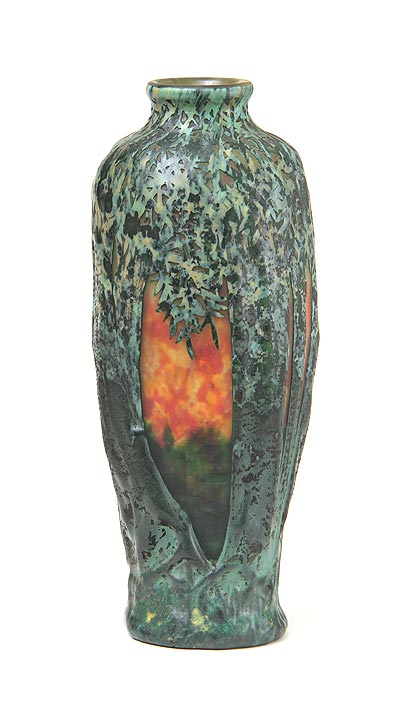