Recently I’ve had more time to write about the interesting things happening in the antiques world. When there’s no one in my booth at a show, I keep busy by writing blog posts. So for the next few weeks, I will publish new posts twice a week — Mondays and Thursdays. However, if you don’t see a new post on Thursday, it’s because I was too busy, so please look for a new one the following Monday. 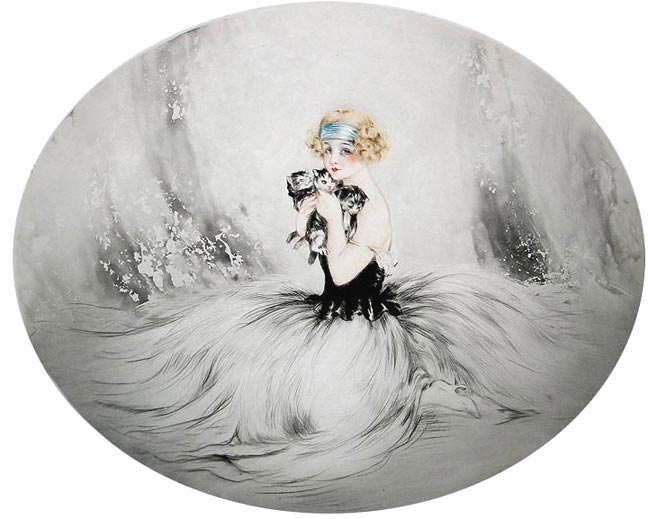 The Arlington Park Racetrack Antiques Show opened on Friday, October 14th. Attendance was fairly slow, especially late in the day. Sales were practically nonexistent, except for one small one. Thank you, Marc.

Have I told you what torture it is to sit for 8 hours and not sell anything and not talk to many people? The days fly by when it’s busy and drag on when it’s slow. 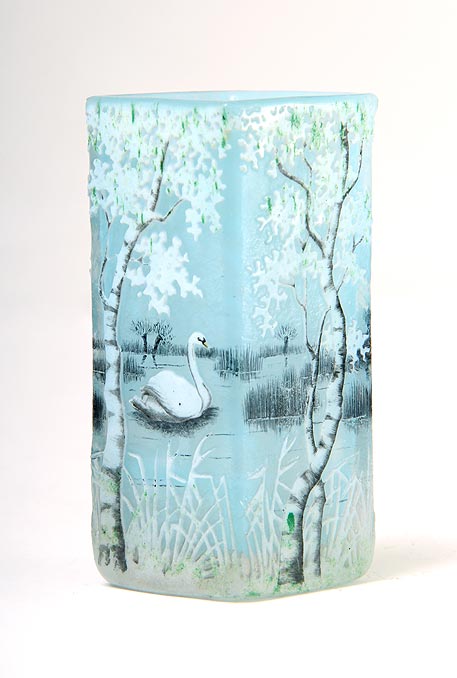 A superb Daum swan tumbler, sold at the show

Saturday was a better day with sales and interest mostly in French cameo glass. Later in the day, it slowed down to a crawl. At least the show closed at 6 PM. Most people have better things to do than go to an antique show on Saturday evenings.

Attendance was better on Sunday, especially in the afternoon. Interest and sales were diverse. Overall, the show was fair. I didn’t lose money, but didn’t earn much either.

In the meantime, check the listings on my website, which I will update as often as I can. I’ll be photographing all my new Gallé and Daum purchases and listing them on my website. Recently I listed quite a few Tiffany, Handel and Pairpoint lamps and some very rare Louis Icart etchings including Melody Hour and Mardi Gras. There are also several fine Daum vases; a Daum lamp; several Galle vases; and several more Tiffany Favrile vases. Coming soon will be several wonderful European ceramic items by Clement Massier, Zsolnay and Amphora. Here’s the link. chasenantiques.com