I have less time to write about the interesting things happening in the antiques world since the fall shows started, so I am posting new blog entries once or twice a week — Mondays and Thursdays. If you don’t see a new post on Thursday, it’s because I was too busy, so please look for a new one the following Monday. There will be a post this Thursday about the Leslie Hindman auction of October 2-3, 2011. 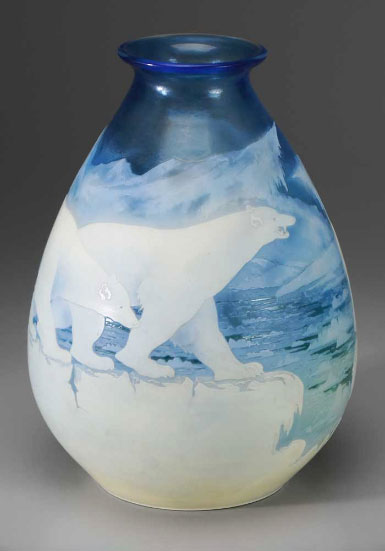 Brunk Auctions of Asheville, NC, held a decorative arts auction on September 24-25, 2011. Included in the sale were a couple of outstanding French cameo vases. Lot 734 was a huge Galle polar bear vase, 14¼”, with exceptional color. It carried a pre-sale estimate of $20,000-30,000. It sold for almost twice the low estimate, realizing $45,600, including buyer’s premium.

Also in the sale was a superior Daum crocus vase. The sophisticated techniques used in the making are called padding and carving. First the flowers were padded, meaning they were applied from molten colored glass rods. When the vase cooled, the flowers were hand-carved, also called wheel-carving. On one side of the vase, there is a deep orange flower and on the other, a deep purple flower — both with better color than the usual example. Selling as lot 737, it brought $15,600, against a conservative pre-sale estimate of $6,000-10,000.

To search the results of the sale, click on the following link. Search Brunk. Choose the September 24-25, 2011 dates and a keyword. 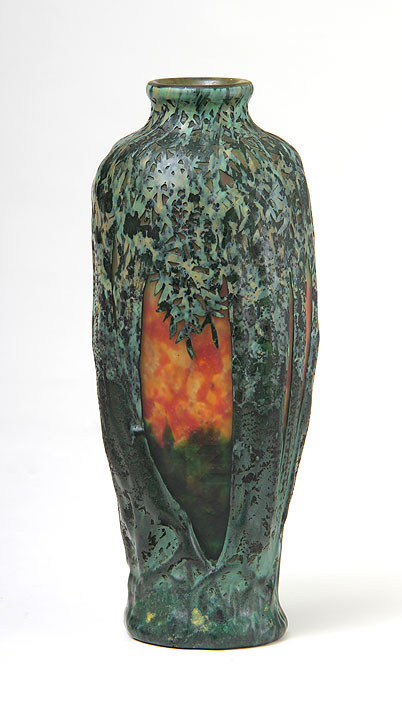 In the meantime, check the listings on my website, which I will update often. I’ll be photographing all my new Gallé and Daum purchases and listing them on my website. Recently I listed quite a few Tiffany, Handel and Pairpoint lamps and some very rare Louis Icart etchings including Melody Hour and Mardi Gras. There are also several fine Daum vases; a Daum lamp; several Galle vases; and several more Tiffany Favrile vases. Coming soon will be several wonderful European ceramic items by Clement Massier, Zsolnay and Amphora. Here’s the link. chasenantiques.com