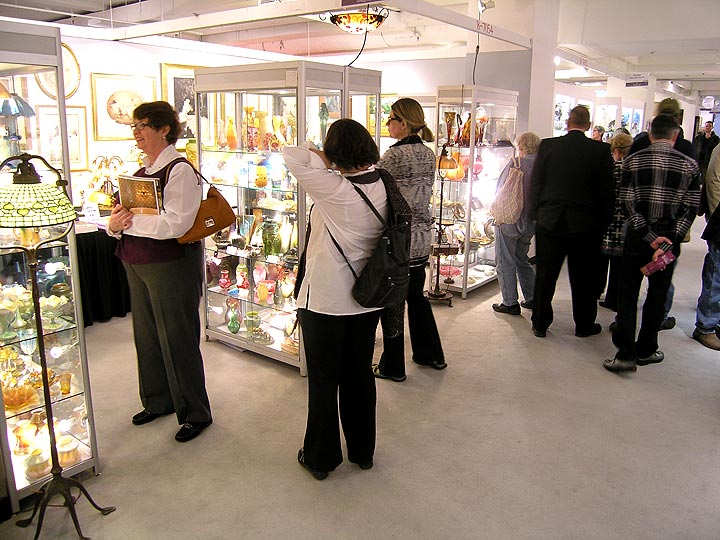 Saturday afternoon in my booth

The Chicago Merchandise Mart International Antiques Show ended on Monday, May 2, 2011. Many of the dealers were pleased with their results, but a few were not. Following is some of the scuttlebutt.

An important Art Nouveau dealer is not returning because he did not do enough business after having exhibited at the show twice. An important dealer of Art Nouveau, 19th century and Asian antiques only had a fair show, mainly because he sold Chinese antiques to Chinese dealers. (The Chinese market is red hot because of the new wealth in China. Chinese buyers are repatriating fine Chinese antiques.) A dealer in Russian antiques only had a decent show. A dealer in French furniture and bronzes did very well, exhibiting for the first time at the show. Another dealer who deals in general, but fine antiques, did very well. An important dealer in general, but fairly unique items, only had a fair show. Another who deals in mainly 19th century fine antiques and art only had a fair show. An English dealer of silver had a very good show. A domestic dealer of silver had a barely passable show. An English dealer of ceramics and other objects barely made expenses. (Last year was much better for them.) Finally several dealers in Asian antiques did well. 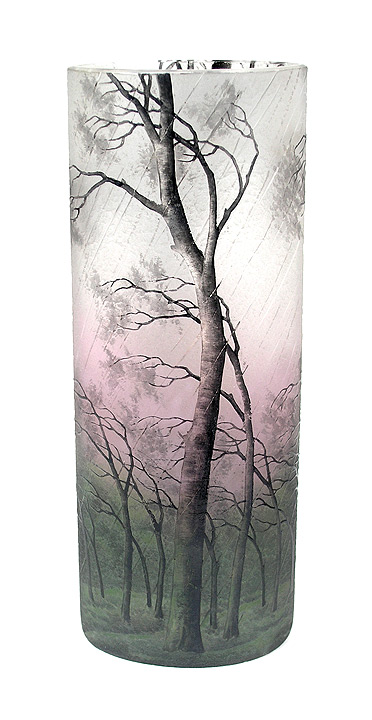 One of the fine sold Daum Nancy vases -- "Rain"

Personally, my show was very good. I have to thank all of my loyal clients, who made a point of visiting my booth and purchasing from me. Interest and sales were best for Tiffany lamps and French glass by Gallé and Daum Nancy. I was disappointed that few of my sales were to new people, but thankful for the good show.

Where else but my blog can you get such accurate information about a show? NOWHERE! Most people who write about antiques have an agenda, but I don’t. I’ll tell you like it is. So have you told one of your friends to read my blog? Send them the link. https://blog.chasenantiques.com

So what was the consensus? Many dealers did OK, some did well, and others only had fair shows. I didn’t hear from a single dealer who had a great show. The best I heard was “pretty good”. Business was solid, but not ebullient. Overall, there have been better years, but almost every dealer is returning, with the exception of a few. So that means they think Chicago is a good city to exhibit and the Chicago Merchandise Mart is a good venue to exhibit. The Mart does a really fine job of making the dealers feel like they’re important. Kudos to the staff of the Merchandise Mart. 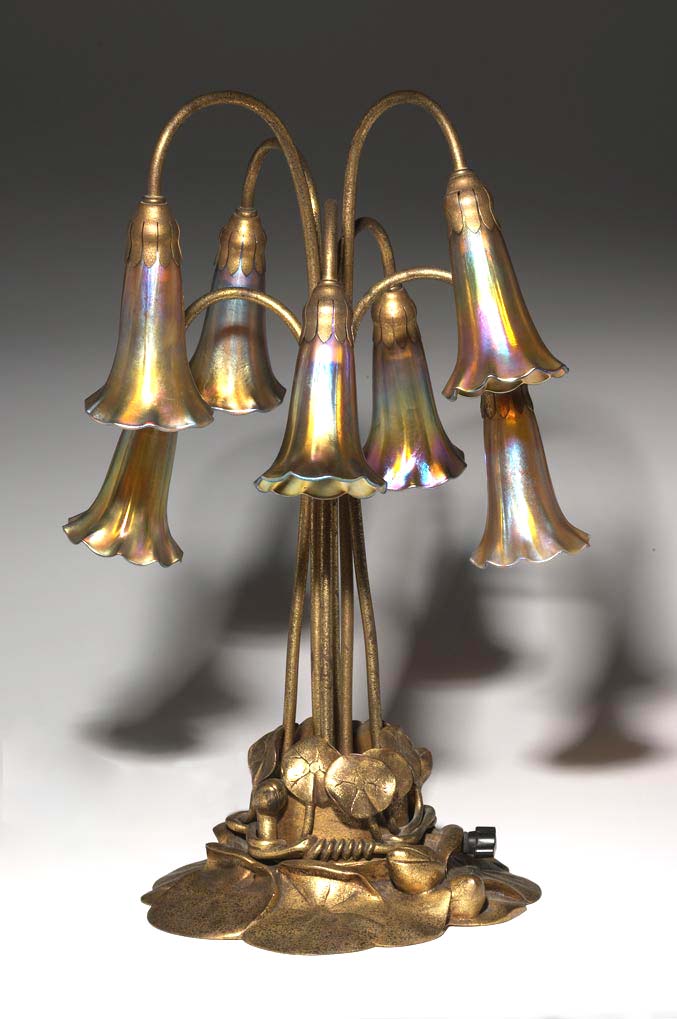 A Tiffany Studios 7-light lily lamp, similar to the one that I will be getting soon with a fine patina

I’m in the process of acquiring some wonderful Tiffany Studios lamps — a 7-light lily with beautiful shades and a fine patina, a 20″ Dragonfly and a 16″ Poinsettia. I should have them reasonably soon, so email me if you’re interested and I’ll send you photos as soon as they’re in my possession.

Check out my new Tiffany, Daum, and Gallé acquisitions. I just listed a couple of important Tiffany vases, straight from a private home. I also listed about ten Daum and Gallé vases plus about 10 Tiffany Pine Needle and Grapevine desk pieces. I’ll be listing even more Pine and Grapevine pieces within the next few days. Here’s the link. chasenantiques.com