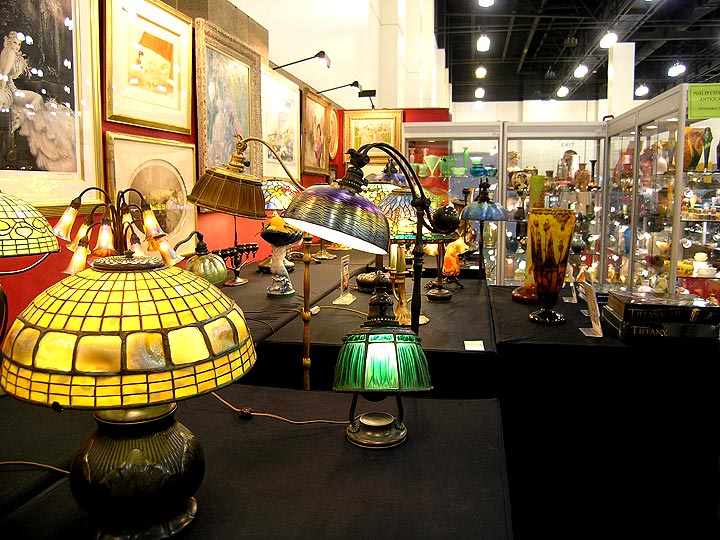 It’s really tough work sitting at a show when there’s very little to do. Kinda  like Chinese torture.  The show opened on Friday. I wish I knew why. There were very few people and of those who showed, there seemed to be even fewer buyers. 8 hours of sitting. It’s easy when people are asking questions and making purchases, but not this Friday.

Irene Stella seems to have it right. She’s the promoter of the Pier Show in NYC. It’s a 2-day show. The public comes en masse and everyone makes their decisions quickly whether to purchase or not. It’s good for the public and good for the dealers. I would like to see the Pasadena show shortened to 2 days, but it’ll never happen.

In my opinion, the main problem is that there isn’t just one important show in the LA area that everyone MUST attend. There’s one little show here and one little show there and as a result, LA is a difficult city in which to do well. It doesn’t matter how wealthy the residents are if they don’t show up. I say that because I’m always amused by show promoters when they try to convince me that I should do a new show in some city. “Do you know what the average income is within a 50-mile radius of the show?” I couldn’t care less, because that’s not what’s most important. It’s getting those people to attend the show that’s most important and that’s way tougher than it sounds.

On to Chicago in a couple of weeks and then Baltimore over the Labor Day weekend. That’s the one I’m looking most forward to. It’s big and important, so everyone shows up. It doesn’t guarantee I’ll do well, but at least I’ll have a fighting chance.

1 thought on “So-so results at the Pasadena Antiques Show”