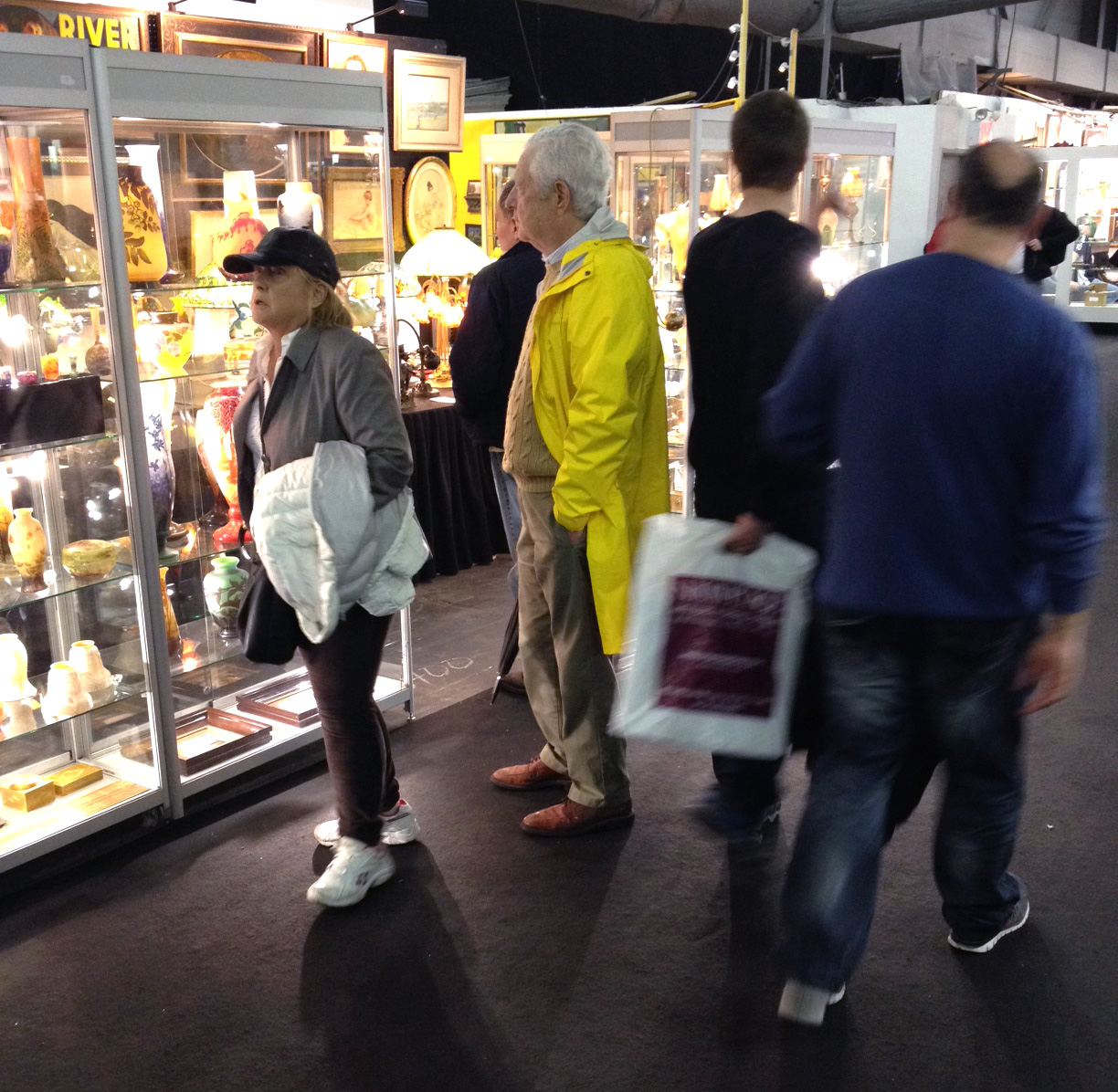 Saturday afternoon at 3:30 PM in front of my booth

This was the second time the NYC Pier Antique Show was conducted under the management of U.S. Antique Shows. Last November’s show was decent for us. This one was worse than last March, when we had a bad show. Ugh! I have a couple of possibilities of selling some important items after the show is over, but I never count my chickens until they’re hatched.

Saturday was a rough day. Attendance was moderate, interest was fair, and sales were nowhere to be had. Strange. Last March was awful, followed by the November Pier show, which was significantly better. I never used to notice a substantial difference between the fall and the spring shows, but it seems to be coming clear. Regardless of the season, New Yorkers are tough. I guess they’re jaded, because so much is available. There are many shows, shops and auctions. Most of the time I’m happy to exhibit in other cities where the folks are more interested and appreciative of the efforts made to come to their city. 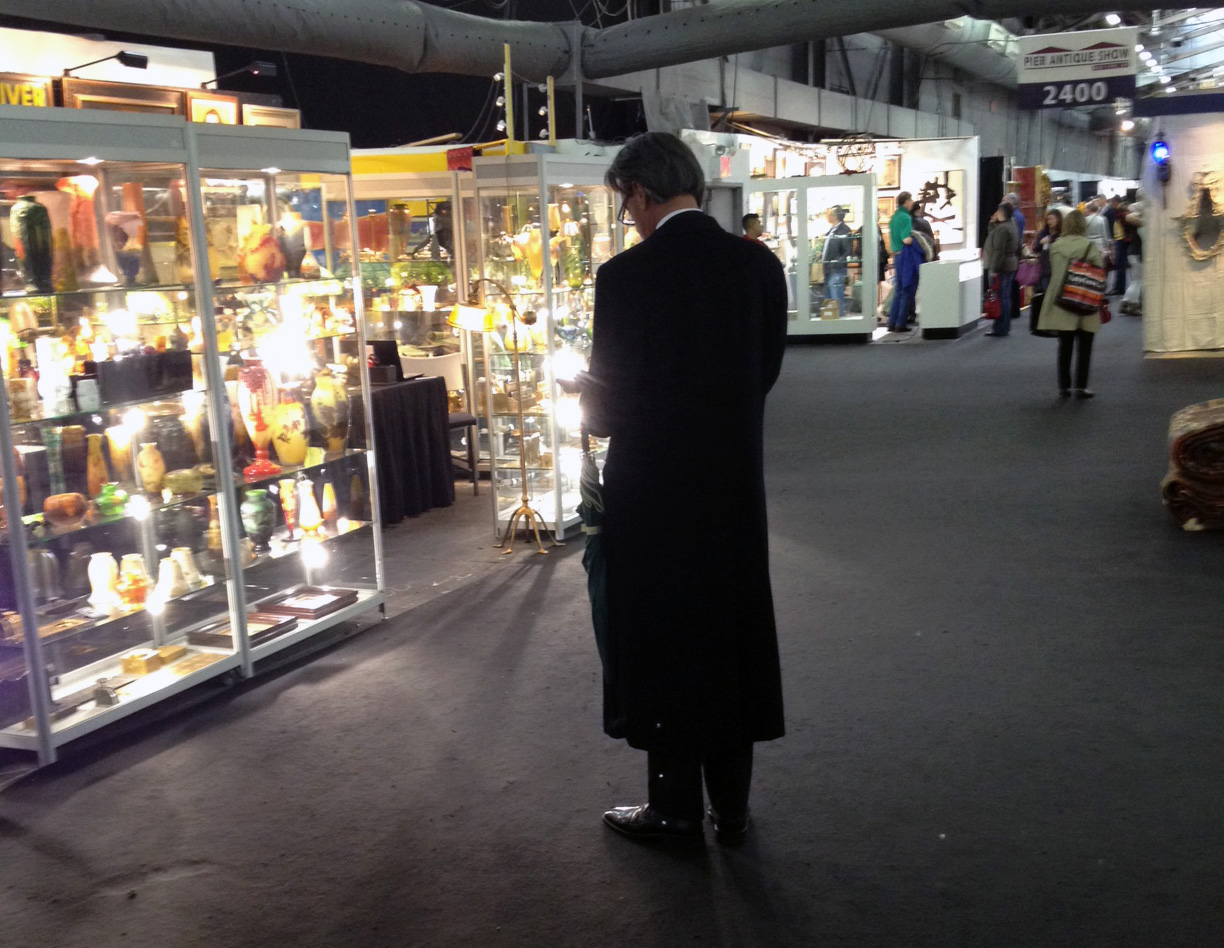 Attendance was pretty light at 3:30 PM on Sunday

Sunday wasn’t much better. There were fewer people, but slightly better interest. We ended up having a poor show that didn’t even cover our expenses. On the plus side, we bought a few items during setup from other dealers that should give us a decent profit when they’re sold. So if we look at the total picture, eventually it won’t be a losing show.

I was an unhappy camper this time, so I didn’t ask too many people for their results. Here’s what I saw and heard. An art dealer did very poorly and left the show early. From a lamp dealer “Not very good.” Another lamp dealer told me he sold a lamp at the last minute, so he made a profit. A Midwest general dealer said he had a fine show and hoped to do as well in Chicago in a couple of weeks. And finally, a California dealer in carnival glass and Hummels told me he made money. It was his first time at the show. 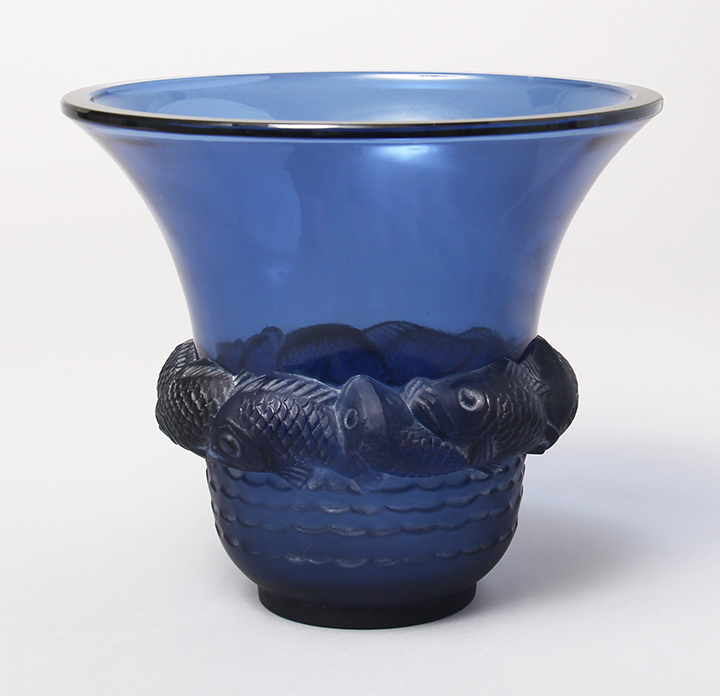 Next up will be the Chicago Botanic Garden Show in Glencoe, IL, April 11-13. It will be our second time there. Last year we exhibited in one of the many tents erected for the show. It was really tough, with the weather and shaking lamps and showcases. This year we’ll be in one of the permanent buildings, in a large booth. It should be nice. We’ll have our new purchases from our European buying trip for sale at the show, as well as some great domestic purchases. 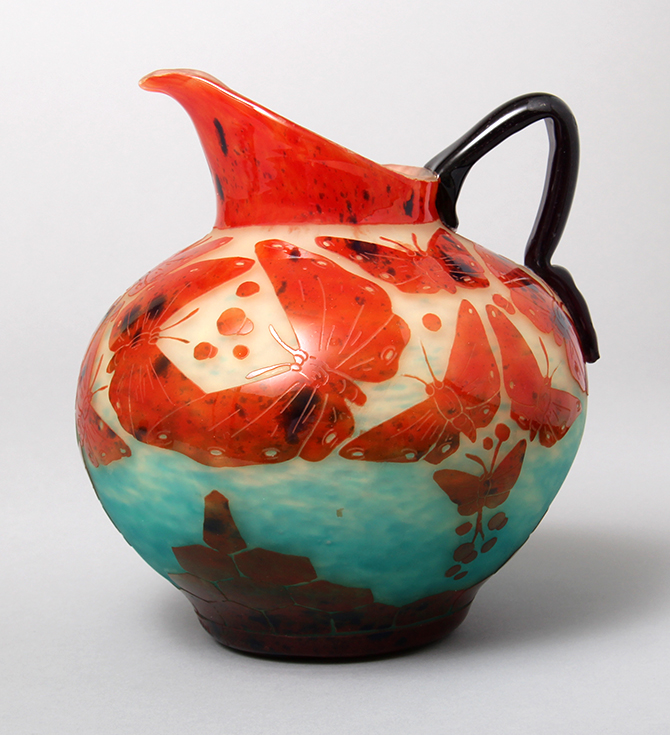