David Rago held two early 20th Century sales yesterday, March 1, 2014, The Lillian C. Hoffman Collection of American and European Ceramics and 20th Century Decorative Arts Auction. The Martin Brothers were well represented in both sales and did not disappoint. Many of the offerings exceeded their high estimates. 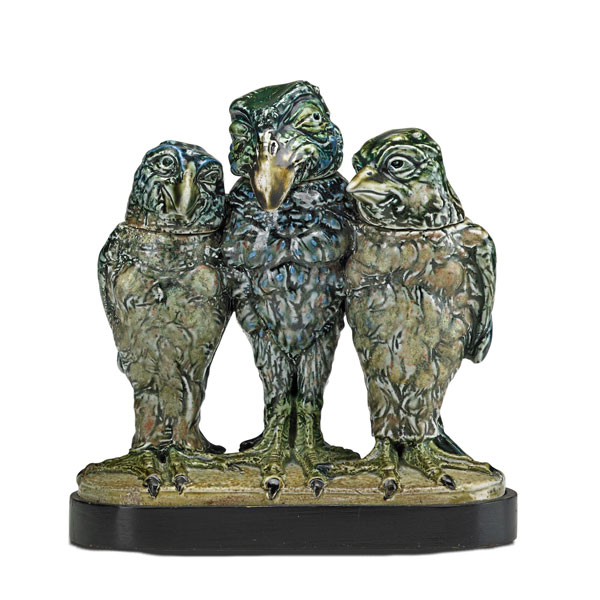 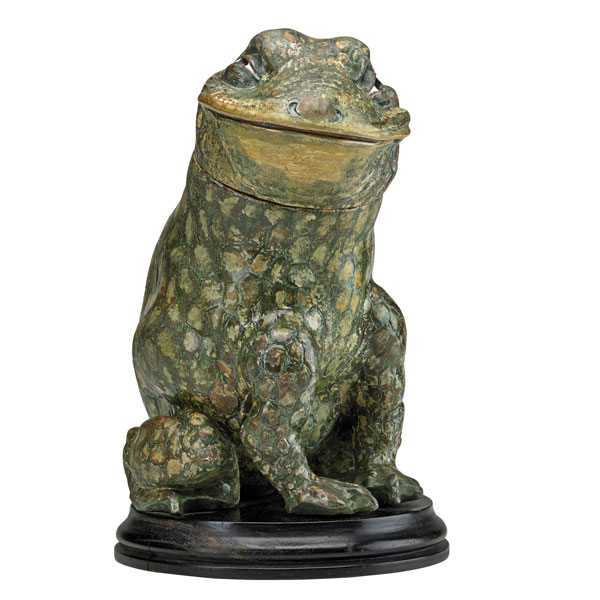 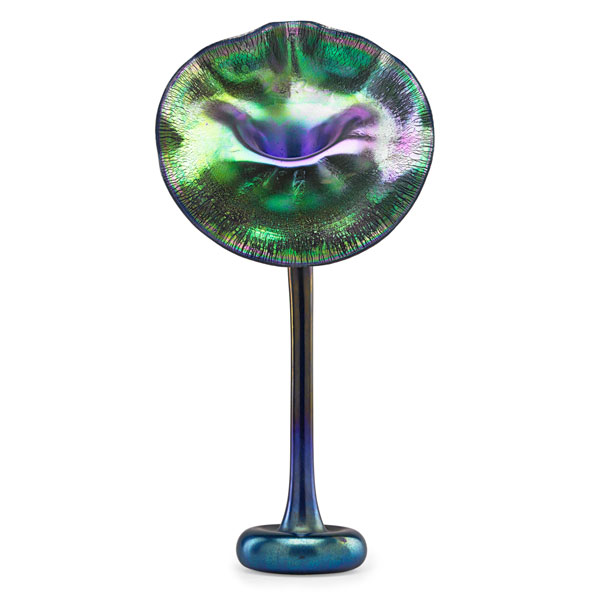 The cover lot of the 20th Century sale, a very rare blue Tiffany Favrile Jack-in-the-Pulpit vase, was the best Tiffany Studios item in the sale. To my surprise, it sold for the low estimate of $50,000 + buyer’s premium, for a total of $62,500. I thought it had a good chance of exceeding its high estimate, but some minor factory flaws may have hurt its result. 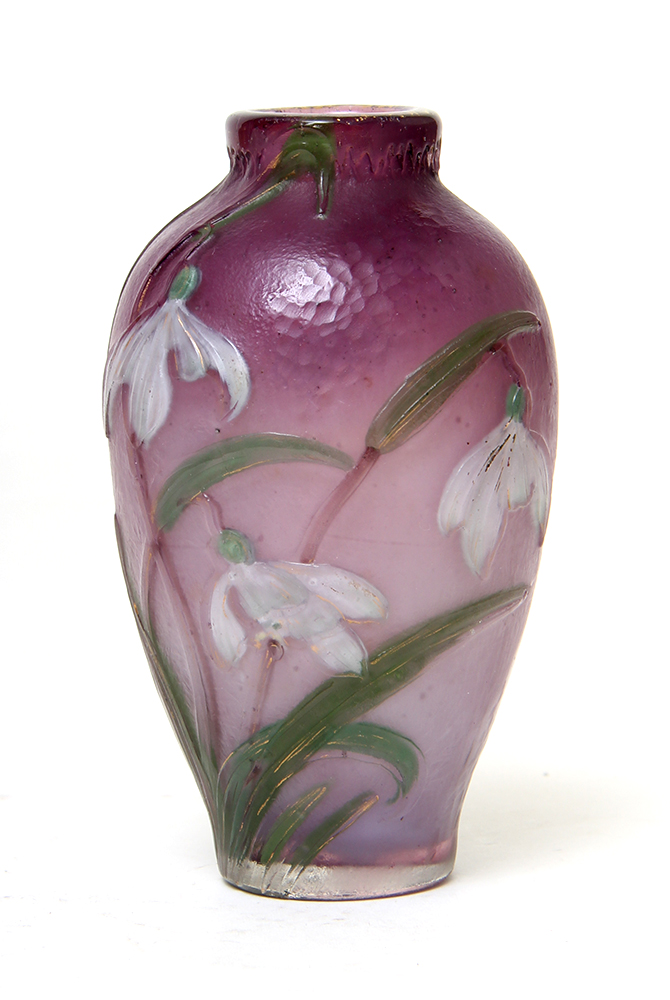 We have about three weeks until our next show, the NYC Pier Antique Show, March 29-30, 2014. That’s always fun and exciting, so make your plans to come to the Big Apple. In the meantime, we’ll be on a European buying trip looking for more treasures to offer for sale. You know we’ll come back with some exciting items, which we’ll exhibit at the show. 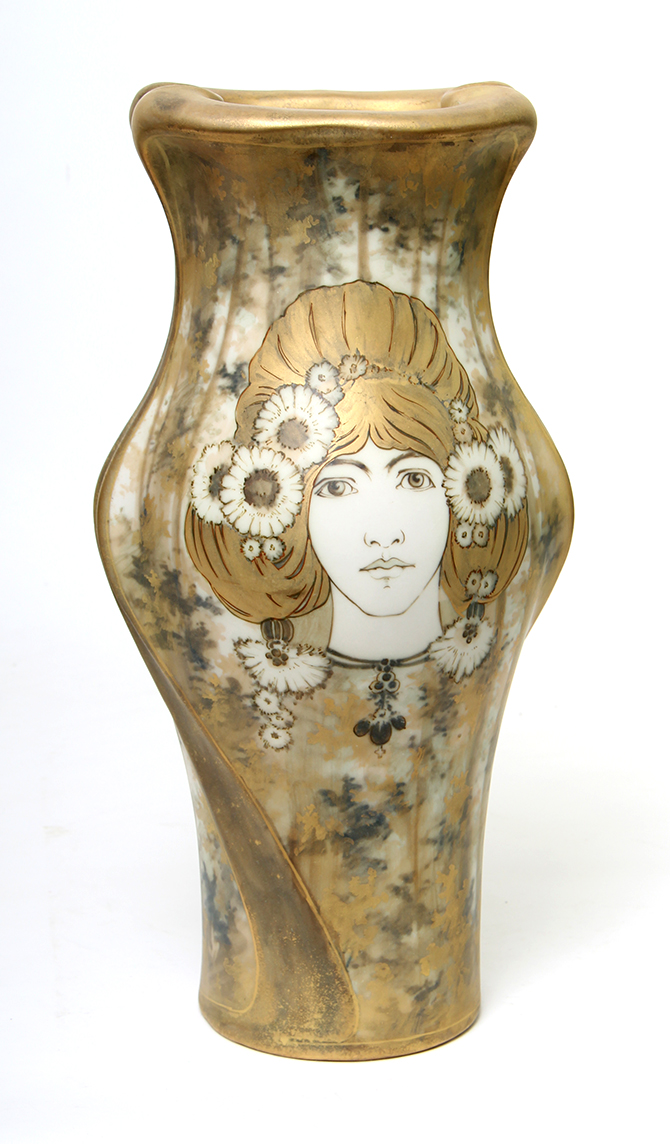 We’ll have this wonderful Amphora portrait vase at the show