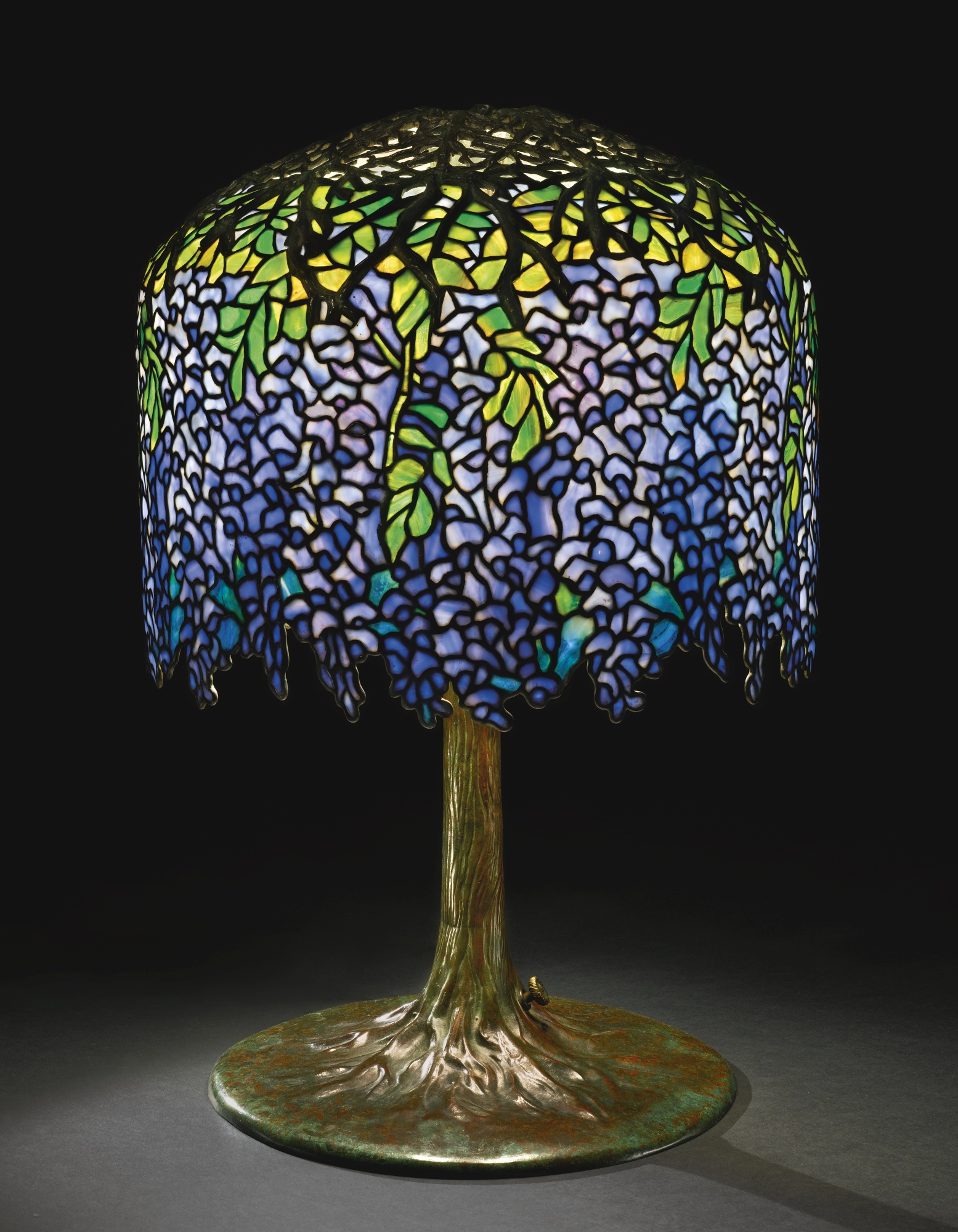 First among the results was a world-record price for a Tiffany Studios Wisteria table lamp at auction. Sold as lot #330, with a pre-sale estimate of $600,000 — 800,000, it soared to $1,565,000, with two phone bidders who wouldn’t give up. The color was strong and the provenance royal, from Baron Heinrich Thyssen-Bornemisza of Spain. 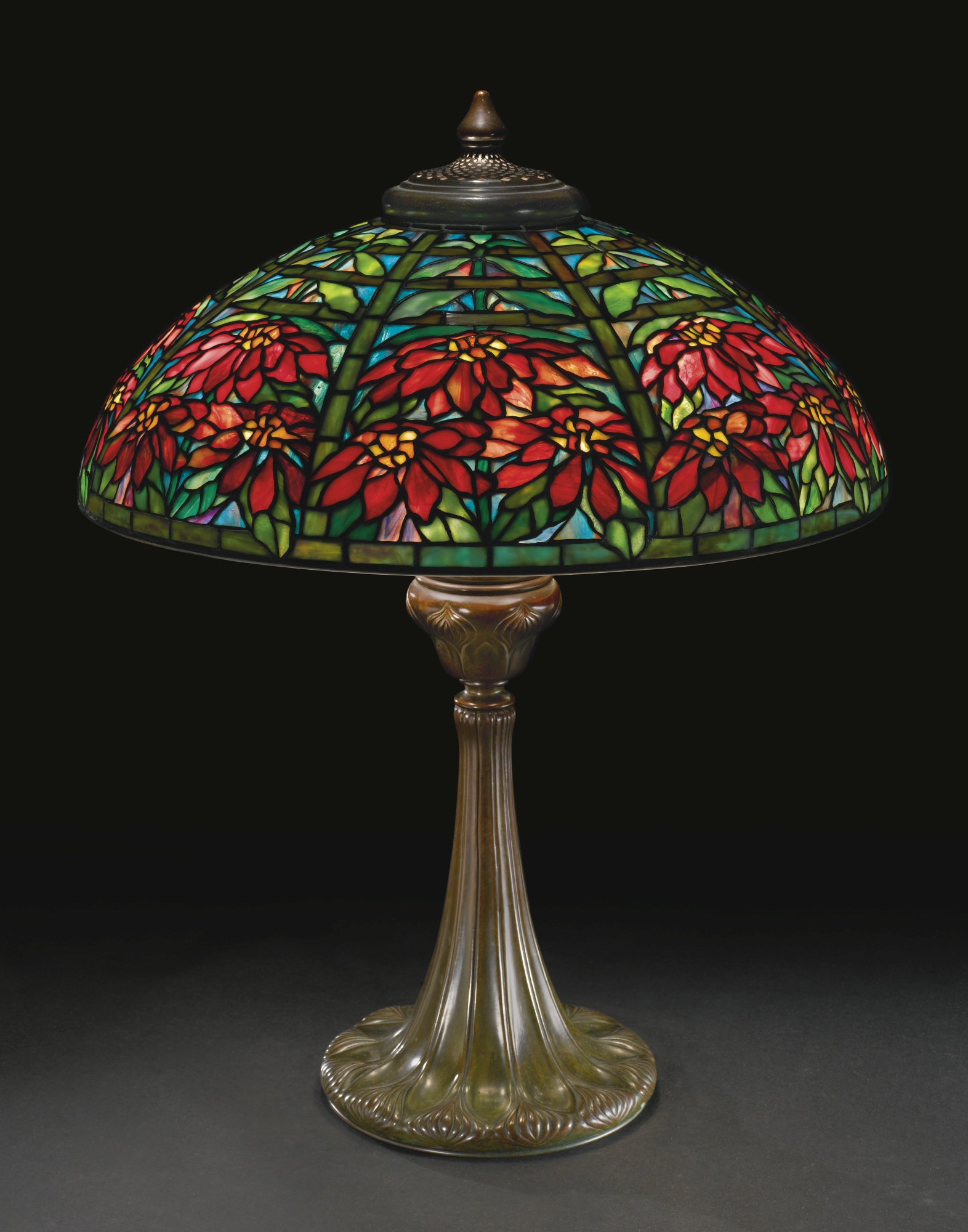 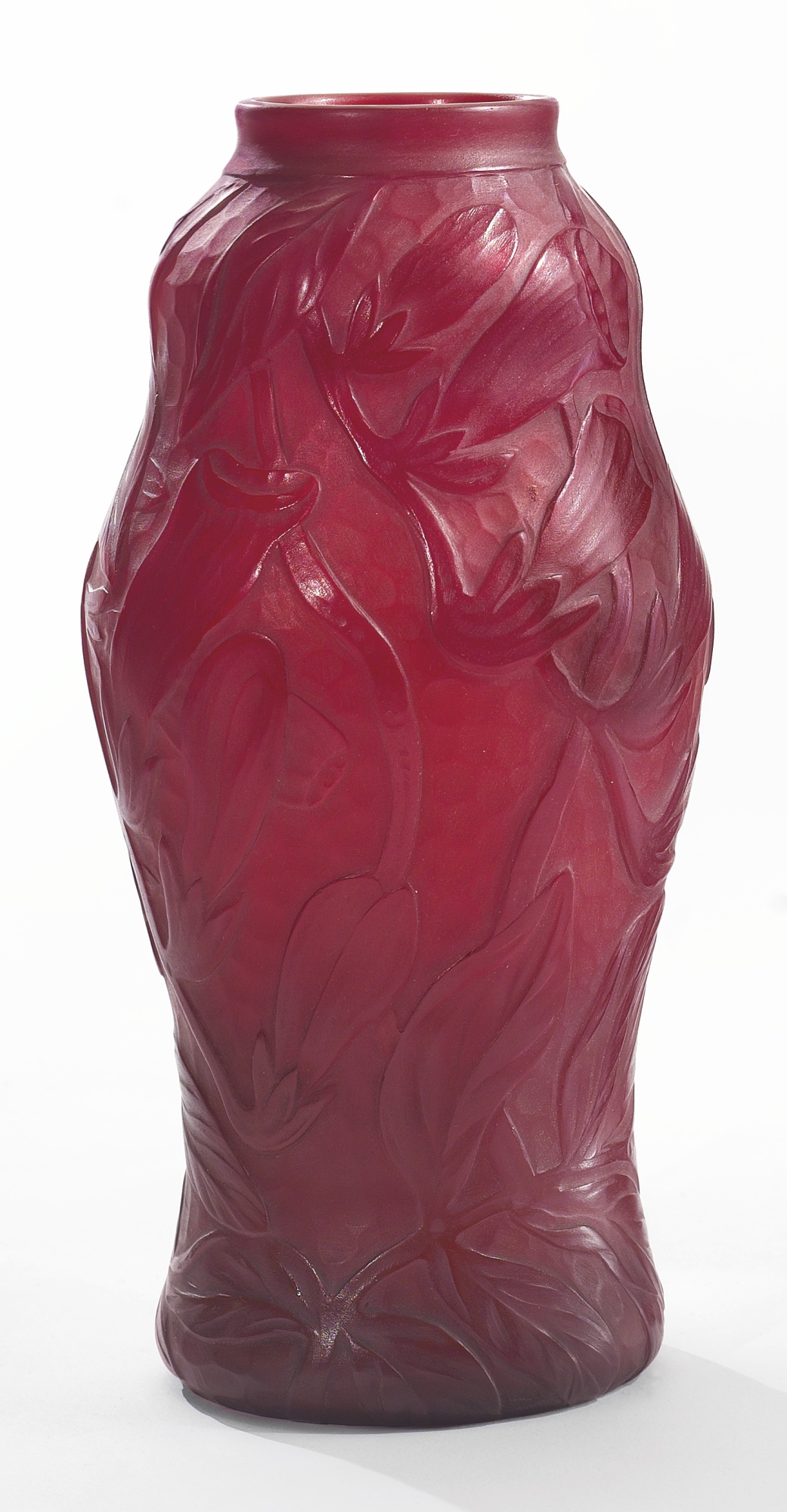 The selection of Tiffany Favrile vases in the sale was limited, but choice. I lusted for lot #304, a fantastic cherry red Tiffany Favrile vase, completely wheel-carved with flowers and leaves. It sold for $21,250, against an estimate of $8,000 — $12,000. Unfortunately, I was the underbidder. There’s only so much a dealer can pay. Retail buyers will win every time.

For the complete results of the sale, click here. Tune in Monday for the results of Christie’s 20th Century sales being held today, Thursday, December 19, 2013.

We’ll be busy buying for the next several weeks in anticipation of the important Florida shows, starting with the Miami National Antiques Show on January 24, 2014. We’ll end our winter schedule with the wonderful Grove Park Inn Arts & Crafts Conference, February 21 – 23, 2014. We last exhibited there a few years ago and couldn’t exhibit again because of scheduling conflicts. This year there were no conflicts, so we’re happy to return. It will immediately follow the important Palm Beach Antiques Show. 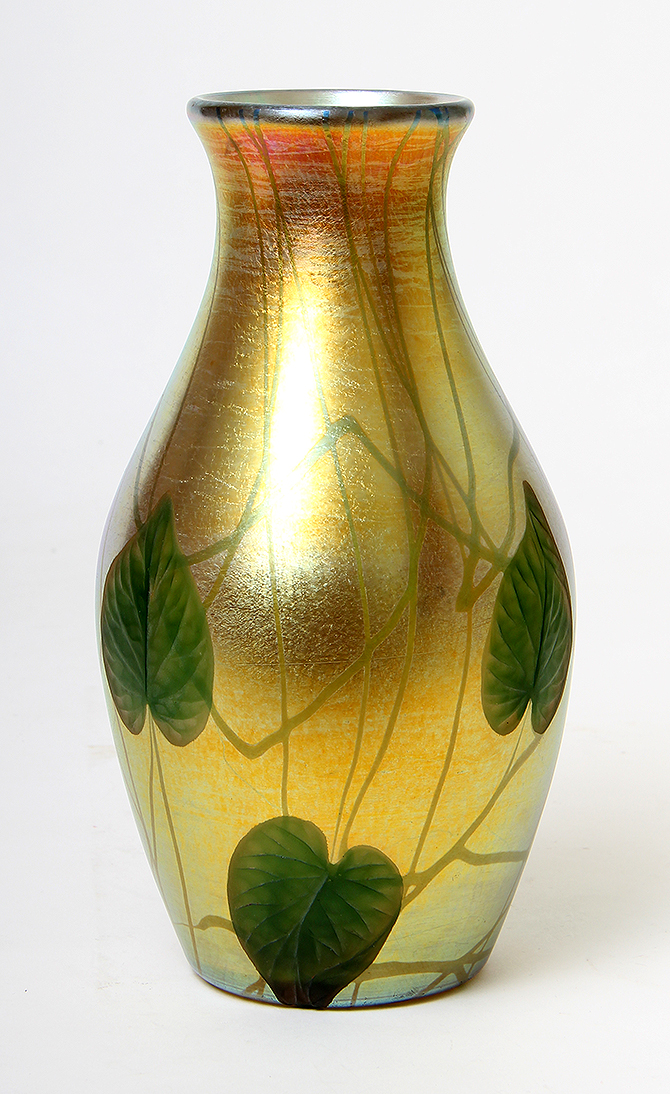