Christie’s held an Interiors sale, yesterday, December 11, 2013, with first day sales totaling $1,796,875. Included in the sale were a few lots of art glass that were very interesting, for different reasons. Let me explain. 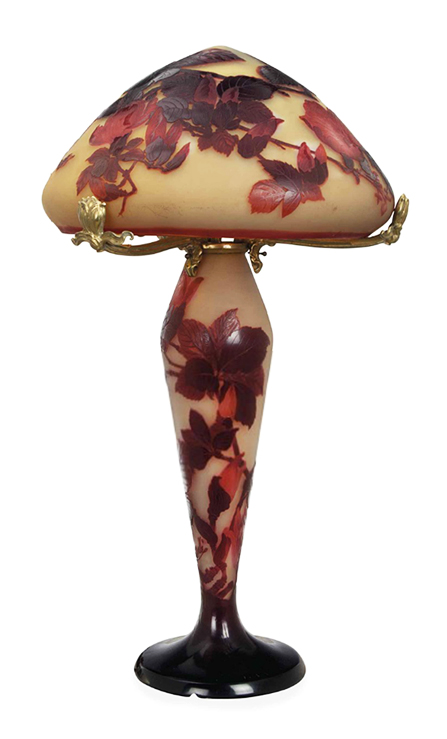 Lot #252 was a monumental Gallé table lamp, 30″ tall. It was decorated with red magnolias on a yellow ground, using the windowpane technique to keep the flowers red. It was an important lamp that should have been in the main 20th Century sale coming up later this month. It carried a very low estimate of $7,000 – $9,000. I had hopes that it would sneak by so I could buy it for $20,000 or less. It didn’t take long to find out that was a pipe dream. It sold for $50,000, including buyer’s premium, even with a large chip on the fitter rim of the base. But, it was a beauty, and at least two people realized it. 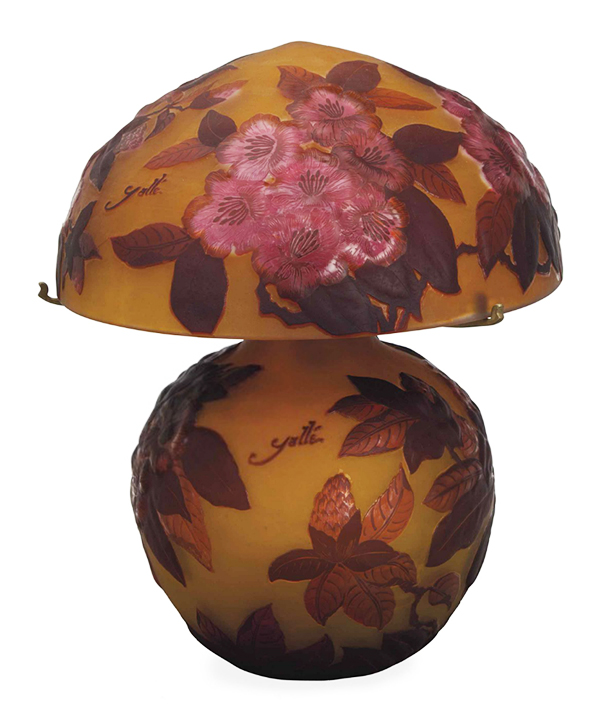 Now for the complete opposite. Lot #255 was listed as “A FRENCH CAMEO GLASS TABLE LAMP AND SHADE, THE SHADE AND BASE SIGNED IN CAMEO FOR ‘GALLE’, EARLY 20TH CENTURY”. Now this was a BIG boo-boo that shouldn’t have happened at a major auction house like Christie’s. This was a modern reproduction Romanian lamp, signed “Gallé” and also signed “TIP”, which is “type” in Romanian. If you’ve read my lessons on French Cameo Glass, all you had to do was read lesson #5. The lamp was estimated to sell for $4,000 – $6,000, and realized $3,125. If it were authentic, it would have sold in the $100,000 neighborhood. There is going to be one unhappy buyer when he/she finds out.

I’m saving two more goodies from this sale for Monday’s post. They are MOST interesting for very different reasons. Tune in on Monday and I’ll explain.

We’ll be busy buying for the next several weeks in anticipation of the important Florida shows, starting with the Miami National Antiques Show on January 24, 2014. We’ll end our winter schedule with the wonderful Grove Park Inn Arts & Crafts Conference, February 21 – 23, 2014. We last exhibited there a few years ago and couldn’t do it again because of scheduling conflicts. This year there were no conflicts, so we’re happy to return. It will immediately follow the important Palm Beach Antiques Show. 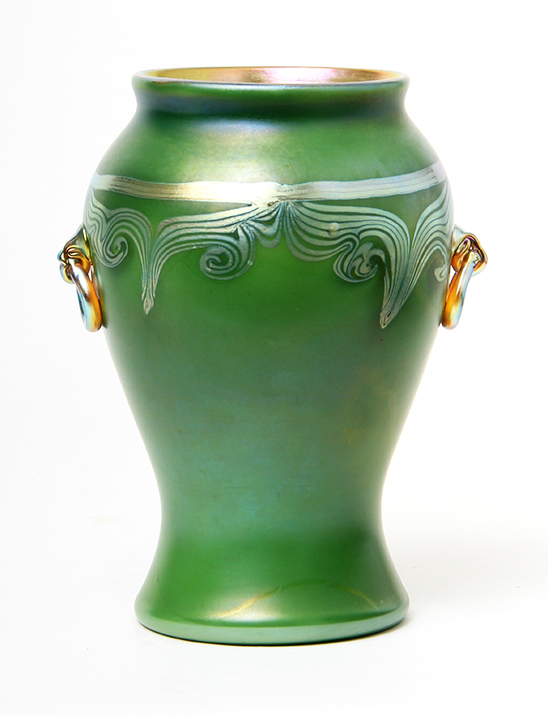