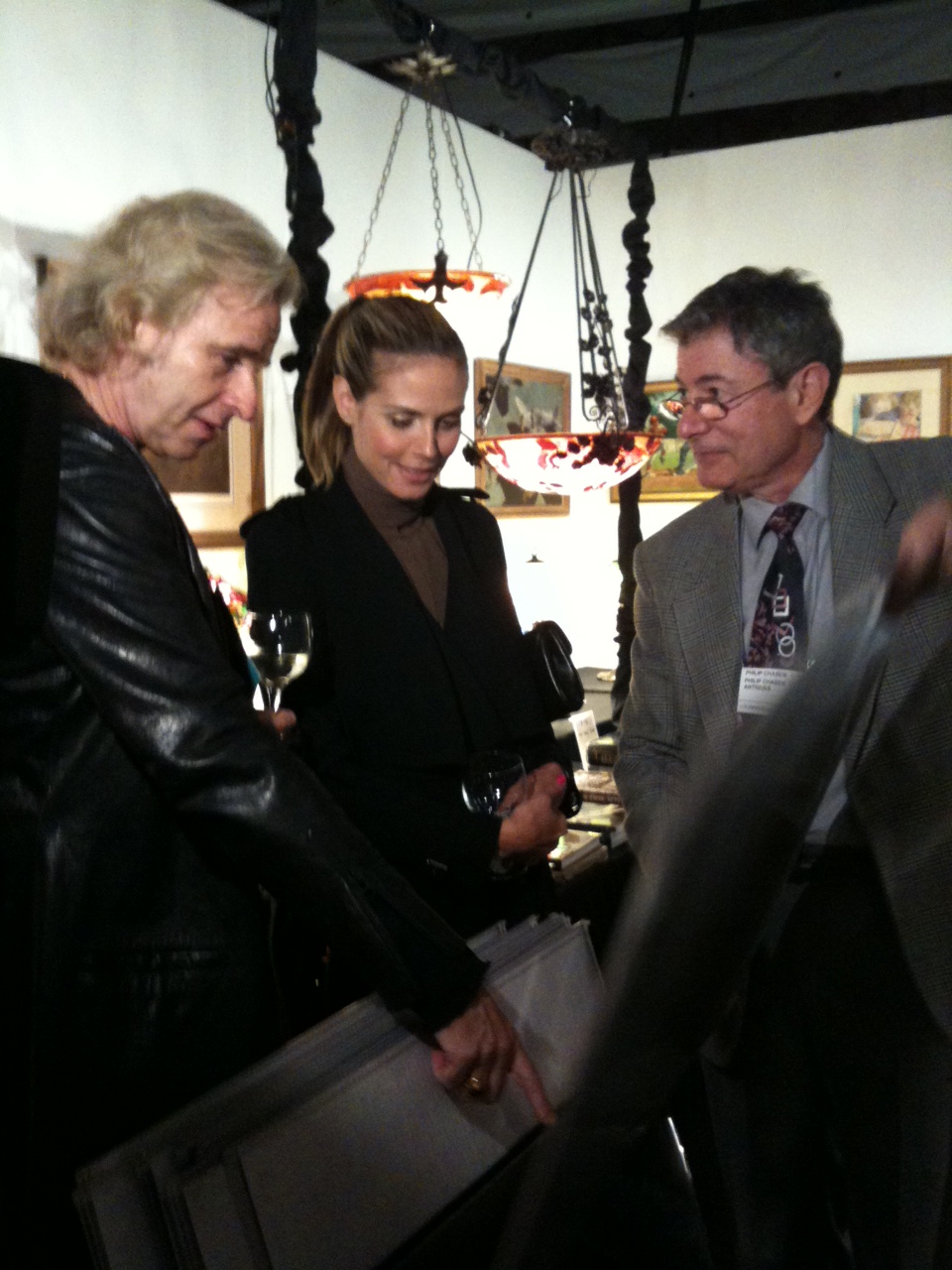 Heidi Klum and Thomas Gottshalk viewing etchings in my booth

The Los Angeles Antiques Show ended on Sunday, April 17, 2011, with most exhibitors smiling. The show, very professionally managed by Rosemary Krieger and her Dolphin Promotions staff, ended a four-day run, which began with a preview party last Wednesday night.

If you follow my blog, you know I’m not a fan of preview parties (that’s saying it mildly). For the most part, the attendees are there to see and be seen. Most preview parties benefit a specific charity, with the guests usually having little interest in purchasing antiques. After the Los Angeles Antiques Show preview party, I may have to stop bitching (or at least slow down). This was a high-powered party with a lot of famous, wealthy, and powerful people. There were more beautiful women than usual, many of whom were all legs (not that I noticed). Heidi Klum (lovely in person) and Keanu Reeves were in attendance, as well as billionaire businessman, Eli Broad. 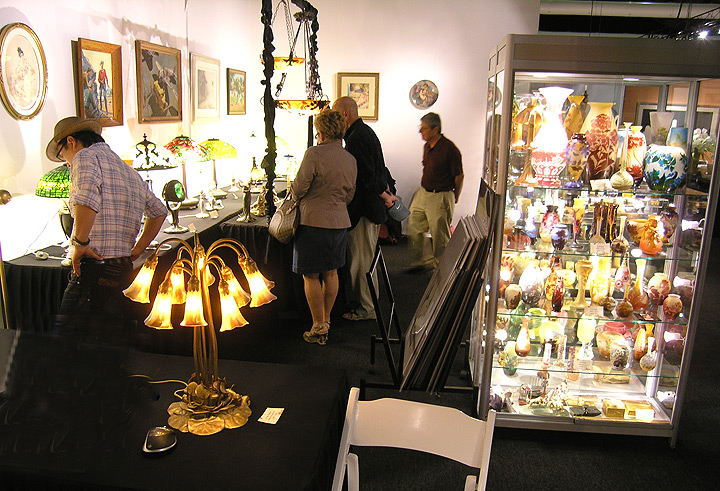 Sunday afternoon in my booth

Sales were good at the preview party, a phenomenon I am not used to, but could get used to pretty easily. I’m throwing down the gauntlet – a challenge to preview party guests at all shows — buy something from me and I will stop bitching about preview parties. Wouldn’t that be a kick? Me writing about looking forward to a preview party? Not likely to happen.

I hoped the excitement would continue to the show, but attendance was very light to moderate most days and never came close to the preview party. The good part is that the right people showed up, so sales continued slowly and erratically (Saturday was a complete bust). As usual for most shows, the hours and days were too long and brutal – 4 hours at the preview party, 8 hours on Thursday, 10 hours on Friday, 8 hours on Saturday and 6 hours on Sunday, for a total of 36. Both dealers and the public would have been better served with shorter hours and a later starting time of noon. 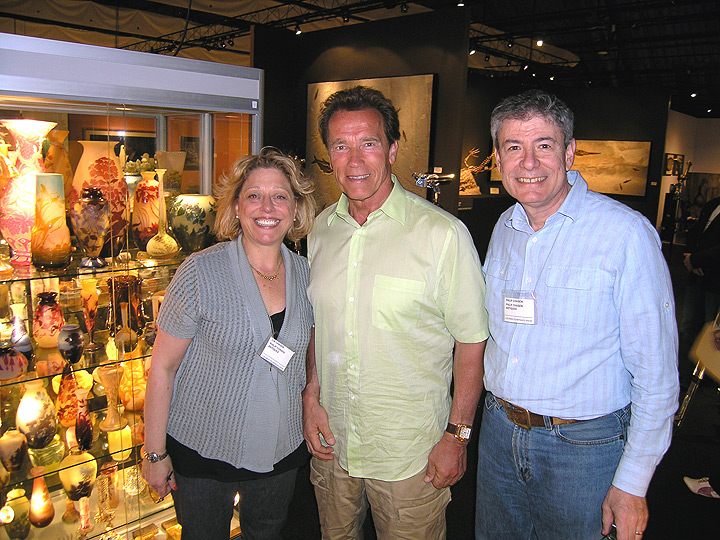 Lia, Arnold Schwarzenegger and me

Sunday was fun with a couple of nice sales and visits by celebrities, include Jaclyn Smith (who at 63 still looks great), Arnold Schwarzenegger, and jeweler Neil Lane. It would have been even more fun if they had made purchases. At least Arnold and Neil were kind enough to pose for photos.

In asking around, most dealers did well. One dealer in 19th century decorative objects had a great show. London dealers in jewelry and silver did very well. A dealer in Asian antiques had substantially improved results from last year. A dealer of fine antiques at full retail prices and another of fossils did not do well. Personally the show was a moderate success – better than last year and good enough to return next year. Sales were best for Tiffany Studios glass and objects and Icart etchings.

Check out my new Tiffany, Daum, and Gallé acquisitions. I just listed a couple of important Tiffany vases, straight from a private home. I also listed about ten Daum and Gallé vases plus about 10 Tiffany Pine Needle and Grapevine desk pieces. I’ll be listing even more Pine and Grapevine pieces within the next few days. Here’s the link. chasenantiques.com