My goal is to publish new posts twice a week — Mondays and Thursdays. Now that the weather is colder, I have gone back to publishing twice weekly, as often as possible.

December is one of two months (June is the other) where all of the major and not-so-major auction houses hold their Design sales. Tiffany Studios’ lamps, glass and other objects are included in this wide category, which dates from the late 19th Century to the early 21st Century. The recent results are all in and the conclusion is that Tiffany Studios’ items are having a banner year, especially lamps and enamel on copper items. 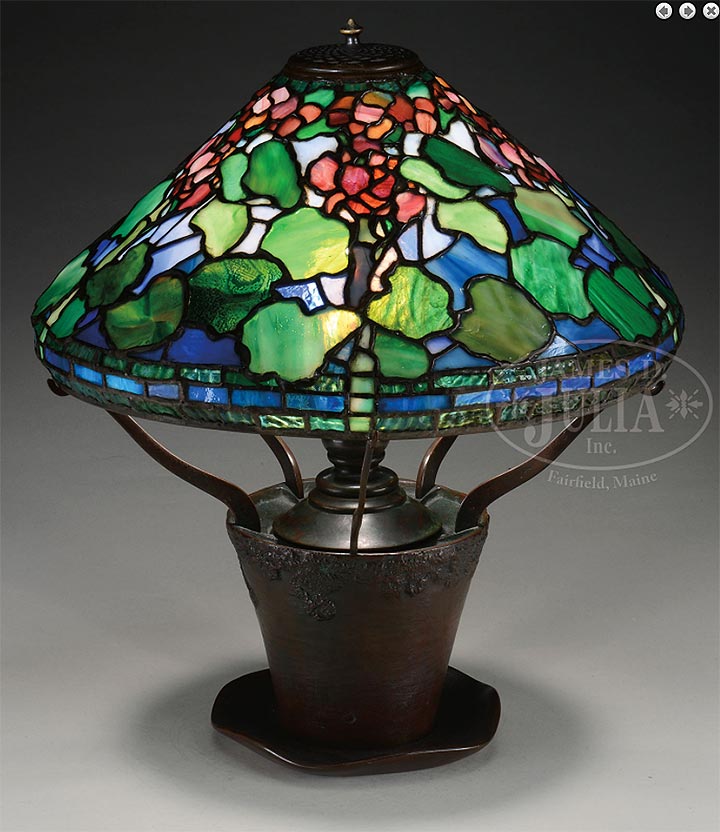 Julia’s started the season with a December 1, 2017 Rare Lamps, Glass & Fine Jewelry sale. 16 of the 17 highest priced lots were lamps by Tiffany Studios. Three lamps, including a Geranium, sold for the same $84,700 price. 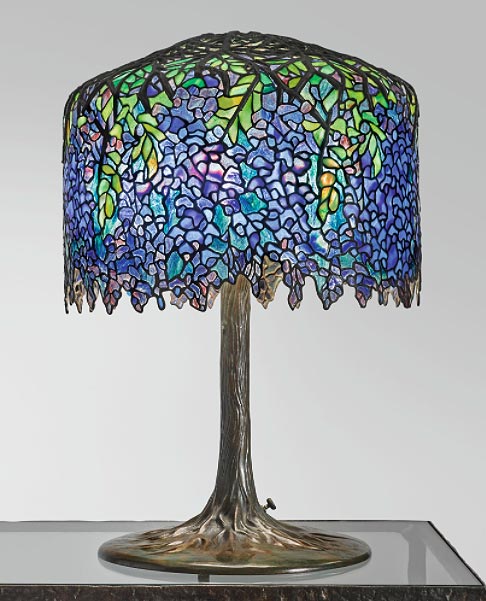 Sotheby’s followed on December 13, 2017, with not one, but two Tiffany sales on the same day. You might think all this Tiffany might flood the market, but it didn’t. Very few objects failed to sell. Five lamps sold over $500,000, while two lamps sold for approximately $1,000,000. 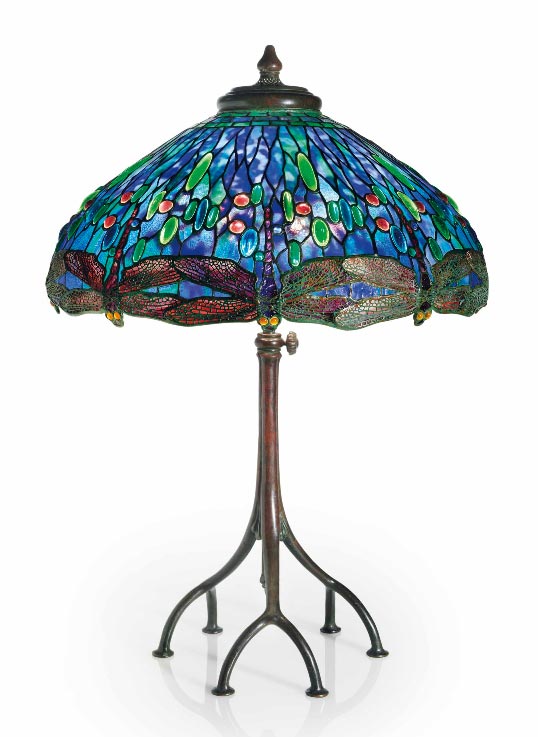 Christie’s followed the next day with a Design sale that included a wonderful collection of Tiffany enamel on copper items, which all sold well over their high estimates. The lamps also did well, with three selling for nearly $500,000 and one for nearly $1,000,000. 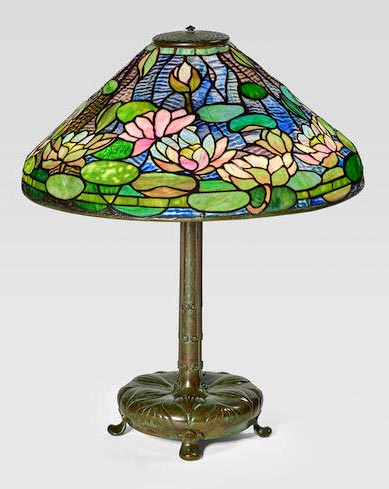 Bonham’s New York held their Modern Decorative Art + Design sale on the same day as Christie’s (not a good move). They didn’t have a strong selection of Tiffany items except for lot #20, a Pond Lily table lamp that sold for $143,750.

Rago held an Early 20th Century Design sale this past Saturday, January 20, 2018. His selection of Tiffany Studios’ items didn’t include many rarities, but one enamel on copper tray sold for double its high estimate of $15,000.

So what’s going on? The simple answer is new (wealthy) blood. There is nothing better for a market than new players. Personally I have no idea who these people are, American or foreign, but I welcome their presence. I hope this recent enthusiasm translates to sales at the upcoming shows in Miami. Tune in for my posts. The first Miami show opens 11 days from now.

The Miami Airport Show opens to the public on February 2, 2018. I will have a very strong display, as I’ve been buying up a storm since my last show in the Chicago suburbs.

I recently listed some of the new items on my website and will list more every week. Click Philip Chasen Antiques to take a look. I will make every effort to actively list new items as often as time permits. We’re still very much in business between shows, so please don’t hesitate to email or call. I always strive to offer the finest objects for sale on my website and at every show. There are many items for sale, sold items with prices and free lessons about glass and lamps. And remember to keep reading my blog.