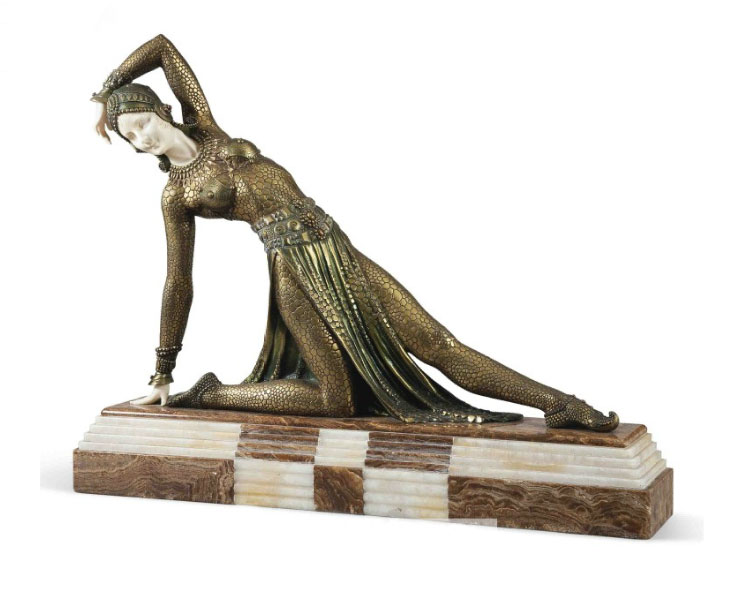 Demetre Chiparus was the star of the Christie’s auction. Lot 109 was a bronze and ivory Exotic Dancer sculpture. It carried a pre-sale estimate of $91,000 – $120,000 and soared to an impressive $315,771, including buyer’s premium. Art Deco bronze and ivory figures by important artists have continued to excel at auction with new auction records established regularly. Another Chiparus sculpture in the same sale, Tanara, sold for $104,004, more than double it’s pre-sale high estimate of $45,000. 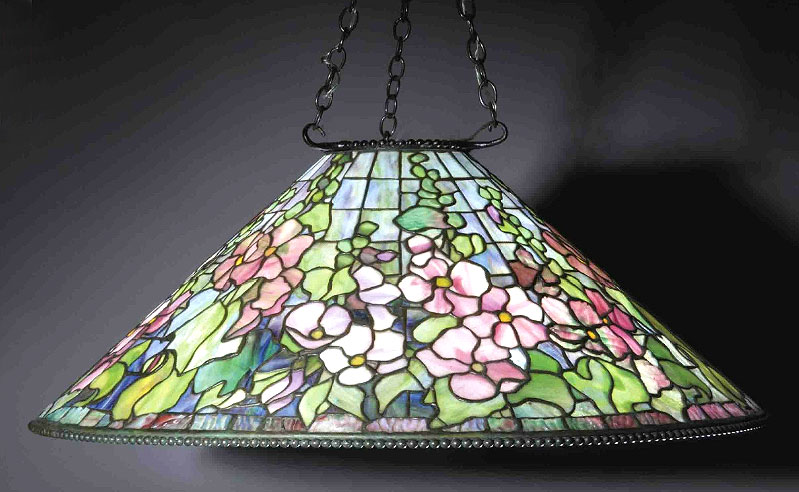 The major auction houses rarely sell items by Tiffany Studios in their European sales, but they do on occasion. Christie’s lot #49 was a rare 28½” diameter chandelier in the Hollyhock pattern. It sold well below its pre-sale estimate of $110,000 – $140,000, realizing $80,475, including buyer’s premium. I think it’s safe to say that the result would likely have been better if it had sold in a New York sale. 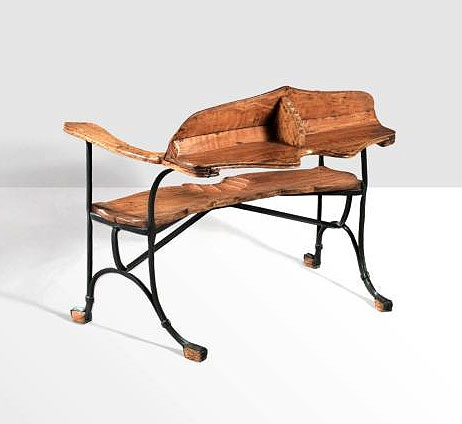 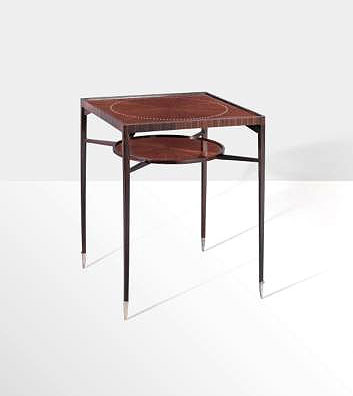