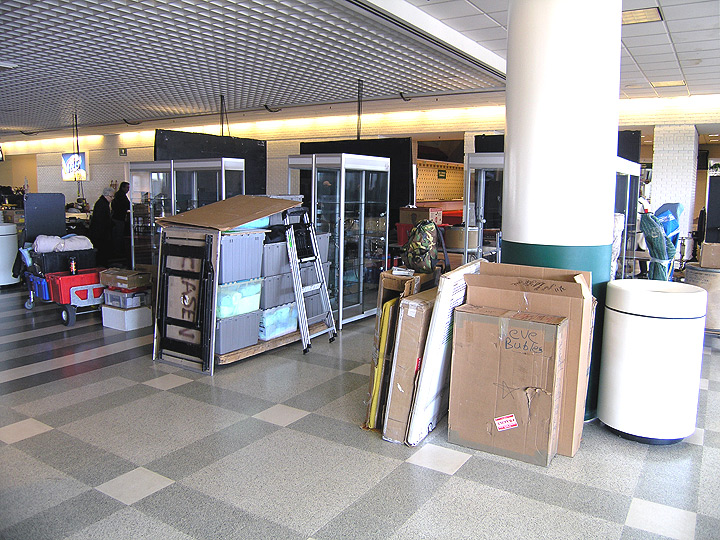 The Arlington Park Racetrack Antiques Show ended yesterday, April 3, 2011. Most of the dealers I spoke to were quite pleased with their results. One dealer who sells furniture sold quite a few pieces. Another who sells jewelry and diverse objects told me he sold a bracelet for $100,000. (I can’t verify that information, so my best guess is that he sold an expensive bracelet, but who knows the price.) I didn’t hear a single complaint from any dealer, except one, and it wasn’t really a complaint. He was just disappointed. The problem was that he’s too specialized and very few buyers showed up for his specialty. 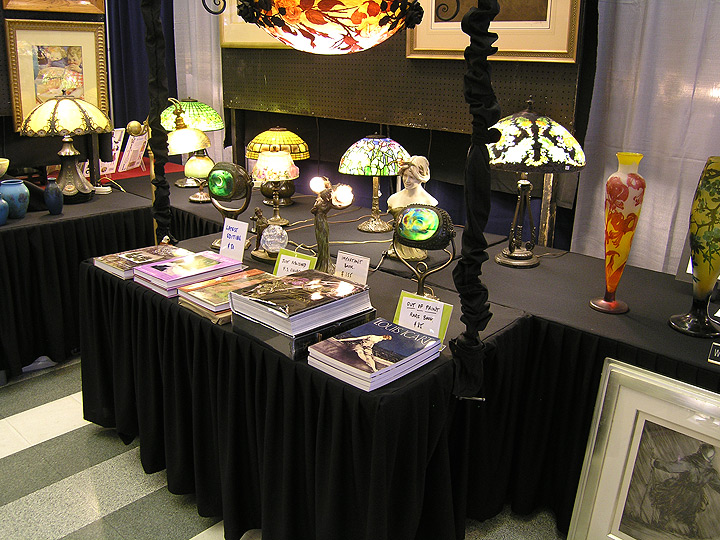 A few of the lamps on display in my booth

Personally, the show went well for me, but with few sales. Based on the number of bona fide buyers who showed up, I should have had a really great show. Too many potential buyers were right on the fence and decided not to make a purchase. It could easily have gone the other way and then I would be raving about my great show. Oh well! I really would like to rave about my great show, but it wasn’t meant to be. 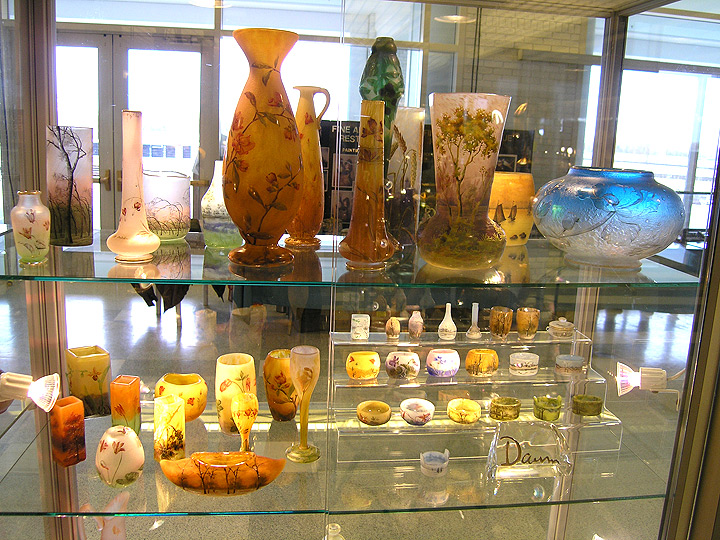 Some of the Daum Nancy glass on display in my booth.

Interest and sales was greatest in Tiffany lamps and glass. French glass was quiet at this show, but not otherwise. The French glass market, mainly Gallé and Daum Nancy glass, is quite active. Each show has a personality, depending on who shows up. This time the Tiffany buyers showed up.

It’s sad to see that the show is shrinking. There was the bare minimum number of dealers for a show. Unfortunately, if the show shrinks any more, there won’t be a show. I’m hoping that the dealers who did well will tell their friends to exhibit there the next time and the show will expand. There are so many good buyers in the area, it would be a serious shame if the show were to close. Are you dealers reading this? Call Shawn Hastings and sign up for the next Arlington Park Racetrack Antiques Show in October. (618) 444-2803. Unfortunately I won’t be at Arlington this coming October because it conflicts with the Fall edition of the Merchandise Mart Antiques Show in downtown Chicago. They’re the same weekend. Bummer! I would love to exhibit at one show and then do the other show the following week. I hope that Shawn can change his dates. 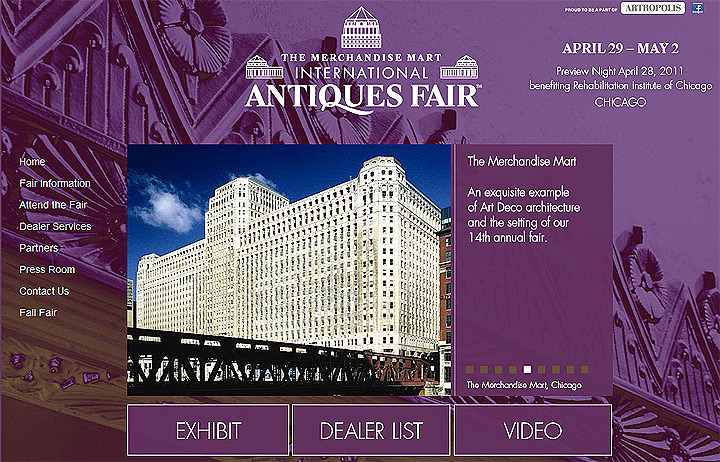 We’ll be back soon in the Chicago area for the Spring edition of the Merchandise Mart Antiques Show. It will start on Friday, April 29, 2011 and end on Monday, May 2, 2011. Before then we’ll be exhibiting at the Los Angeles Antiques Show at the Barker Hangar at the Santa Monica Air Center, April 14 to April 17. Then we’re going on a buying trip, so we should have some very fine new items for the Merchandise Mart Show, especially French Cameo Glass. Make the time to come and visit the show. It’s one of the best in the entire United States, so it’s worth a trip from anywhere.

Check out my new Tiffany, Daum, and Gallé acquisitions. I just listed a couple of important Tiffany vases, straight from a private home. I also listed about ten Daum and Gallé vases plus about 10 Tiffany Pine Needle and Grapevine desk pieces. Here’s the link. chasenantiques.com