The following post took quite some time to write, so I’m leaving it on for an additional couple of days. You won’t want to miss my next post on Wednesday, when I’ll report about an incredible auction result for a rare Tiffany Studios object. 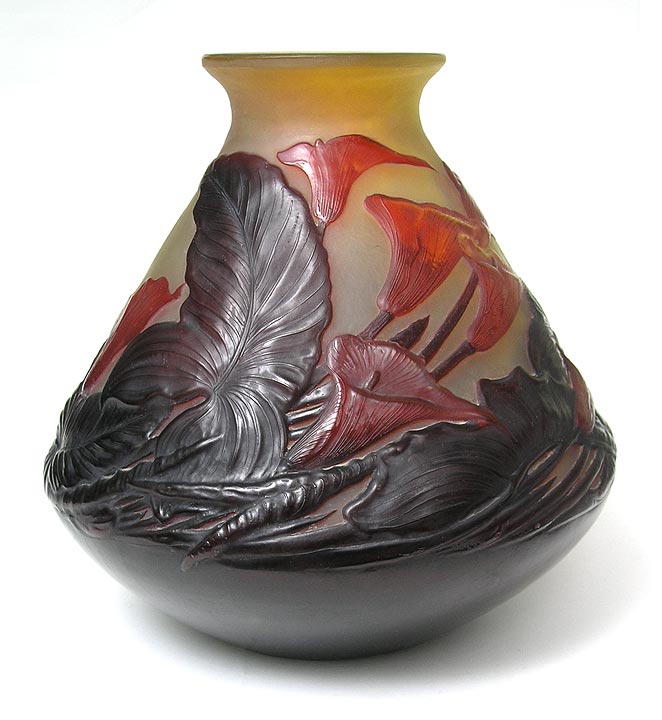 The basic technique used in the manufacture of French cameo glass was acid-etching. After the vases were built up with layers of colored glass, they were then cut back with hydrofluoric acid. The design was protected with a waxy substance called a resist. The process was repeated as often as necessary to create the desired level of detail. The result was a raised design that could be seen and felt with your fingers.

The French makers were not content to make the same type of vases again and again, so they experimented with various techniques to achieve different results. It is thought that the technique of mold-blowing by the firm of Emile Gallé was not added to their repertoire until after WWI. By that time, Emile Gallé had already died.

Using this technique, the artists first had to carve an original model, from which a mold was made. Molten glass was poured into the mold to create a blank. From there, the techniques were the same – build up the layers of colored glass and then use acid to cut them back. The result was very effective, creating flowers or fruit or animals, that stuck out from the body of the vase and became three-dimensional.

In the United States, the Pairpoint Corp. of New Bedford, Massachusetts, patented the technique for “puffy” lamps in 1907. Pairpoint puffy lamps are basically the same as Galle blownout vases, except that the lamps were hand-painted and then fired, rather than acid-etched. It’s curious. Perhaps there was some trans-ocean cross-pollination between the two companies? Perhaps someone at the Galle factory first saw a Pairpoint puffy lamp and decided the technique could be applied to Galle glass? Or the other way around, although the dating makes this less likely? 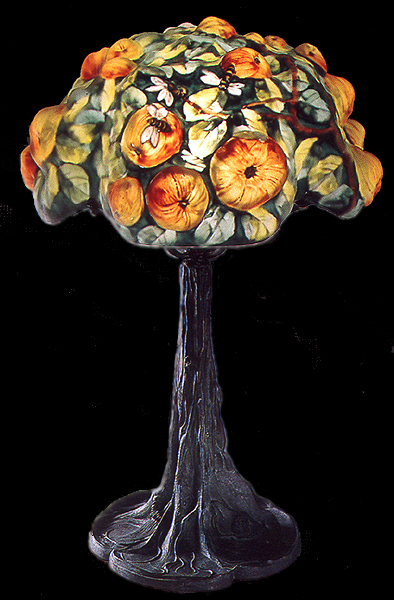 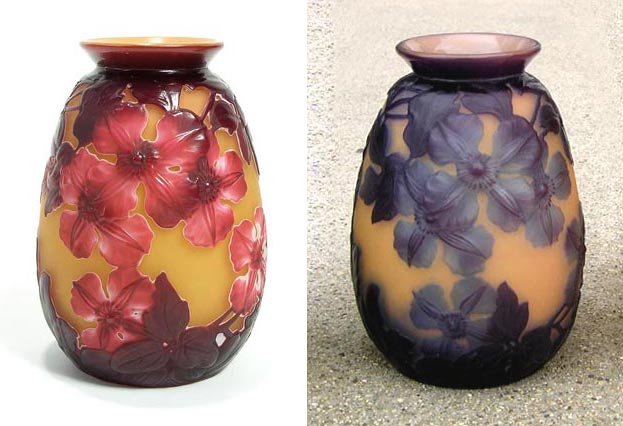 Blownout vases (sometimes called mold-blown or souffle) are highly desirable and collectible. They have always commanded a premium price over similar, non mold-blown examples. Prices in today’s market range from a low of about $5,000 to over $100,000 for rare models, such as a white elephant blownout. An average price would be about $15,000.

I’ve seen various collectors put together collections that included a number of blownout vases, but to my knowledge, no one has ever tried to put together a collection with every known example of Galle blownouts. I think that would be a great, fun challenge, but one has to have the means and the desire to achieve it.

I just came back from a successful buying trip. Over the next week, I will be adding to my website recently acquired Daum, Galle and R. Lalique vases. Please take a look. Click on this link chasenantiques.com.