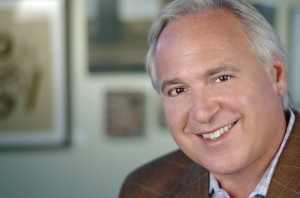 Q. How has the recession affected your business? 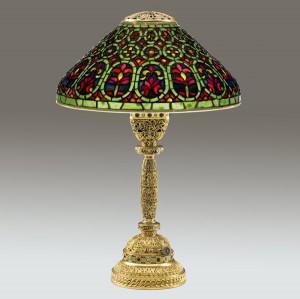 A. The recession has affected our business in several ways. Most prominently, securing good consignments at reasonable price levels has become the most challenging part. We don’t believe we can BEGIN to evaluate pieces (in the form of estimates, which are driven by reserves) at 2008 or maybe even 2007 levels, which discourages many consignors from giving up pieces. I try to balance our and their expectations by saying that we often get prices at or above levels of a few years ago, but the approach now is to let pieces seek their prices through competitive bidding, NOT by starting at strong prices. We’ve found that buyers/bidders simply don’t want to be told that, to get their hands in the air for an opening bid, they have to be willing to pay anything near what used to be accepted retail. The old auction belief that, to get a record price you have to risk getting a record low price, has never, ever, been more true than now. We sold a Tiffany Venetian lamp in our last major sale (June 09) with an estimate of $27-32k. 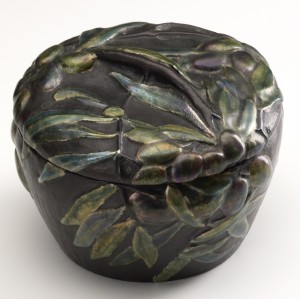 It was a rare version with strong glass in pristine condition, fresh from an estate. It brought $81k, a record for the form. In the same sale we had a Tiffany enamel on copper box, almost as clean as the lamp, also fresh to the market, with a fairly strong estimate of $45–55k. Even though we had six “players”, I mean real bidders, on the phone, no one hit it once. We ended up selling it after the sale for under the low estimate. My contention was that, if the estimate were $30–40k, we’d have gotten the $50k for it.

Q. What areas show strength? Weakness?
A. Good things, in good condition, at reasonable prices, seem quite strong. Middle range things with condition issues, offered at regular prices, seem to languish. We just sold the estate of an old school New Hope dealer. The material had been off the market for 25 years and the family put no price restrictions on estimates and reserves. The sale was 100% sold and hammered near the high estimate plus the buyer’s premium of 20%. There was almost no glass in the collection, so this is relevant only in how it informs the marketplace. But we had a room full of active bidders, plus 100 people on the phone, plus 500 people on the Internet, for two solid days. It was like nothing had changed. But one thing HAD changed seriously, and that was the expectation of the seller.

Q. What do you foresee for the coming year?
A. The coming year is at the mercy of the economy, which is at the mercy of I don’t know what. Right now people (at least the ones buying art) mostly have more money than they did five years ago but they feel like they have less because they aren’t as rich as they were a year or two ago. Whether you own stock or real estate or middle range art, you in fact have less. Until people begin to feel comfortable with both their level of wealth AND the state of the economy, I don’t see great changes in the marketplace.

1 thought on “An interview with David Rago”