My goal is to publish new posts twice a week — Mondays and Thursdays. However, if you don’t see a new post on Thursday, it’s because I was too busy, so please look for a new one the following Monday. Monday’s post will be about the fabulous Tiffany collection of the Morse Museum in Winter Park, Florida. 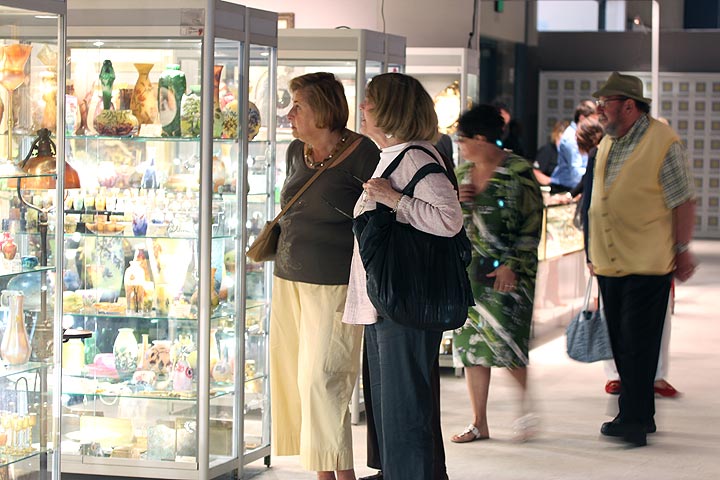 Monday afternoon, in front of my booth

As expected, Monday’s attendance at the Palm Beach Jewelry, Art & Antique Show was lighter than the weekend’s, but there was still a decent crowd. Attendance is never the problem with this show — it’s qualified buyers. Only a small percentage of the attendees are actually interested in making purchases. Unfortunately for me (and the other exhibitors), most are there for a good time or to appraise their own items. 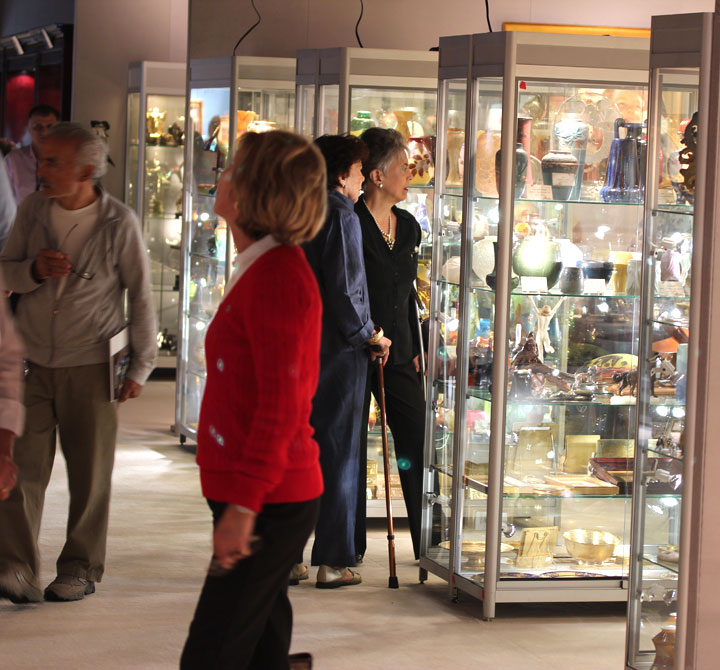 Tuesday afternoon, 2 PM, in front of my booth

Tuesday was the last day of the show. Surprisingly, there were quite a few people in attendance — not as many as the weekend, but still quite good for a Tuesday. Monday was a bust with total sales of $300. (One dealer said to me that he didn’t even know that I had anything for $300. Yes, I do.) Tuesday was a better day, with a couple of nice sales, including an important bronze and carved wood cat lamp, signed and dated Jean Carrit, 1898, made in France at the dawn of electricity. 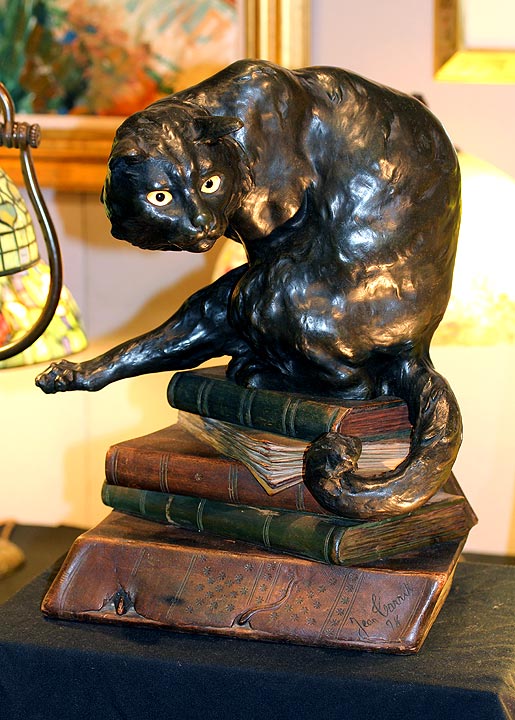 A fabulous 1898 Jean Carrit bronze and wood lamp, sold at the show

My show wound up being a moderate success. I sold enough to cover my expenses and earn a fair profit. In addition, I was able to make a private purchase, as a result of the show, that will ultimately produce revenue. Business wasn’t quite as good as the show two weeks before at the Miami Beach Convention Center, but still good enough to make me want to return to Palm Beach next year.

I did ask quite a few dealers about their results and found out the following. A Steuben dealer had a great show, including fabulous sales at the preview party. A majolica dealer, a ceramics dealer and a bronze and ivory dealer had fair shows, just making expenses and very modest profits — none was very happy. A dealer in art glass, lamps and jewelry was disappointed with his jewelry sales, but otherwise satisfied. A dealer in Russian items was disappointed — he did not make his expenses and lost money on the show. Other dealers told me their results were down from a year ago. There was lots of interest, but they just couldn’t close many of the potential sales. An important dealer at the show told me that his results were good, not great. He was hopeful that he would be able to make follow-up sales after the show.

One of the show promoters, Scott Diament, told me that some of the dealers had done exceptionally well, including one jewelry dealer who had sold millions (I can’t independently confirm that). He also told me that three important European dealers, who have exhibited at the world-renowned Maastricht Antiques Fair in the Netherlands, had plans to exhibit at next year’s Palm Beach show.

Happy to be back in New York. Our next show is the Pier Show in New York City on the weekend of March 17th and 18th. It’s always fun, so start planning your trip to the Big Apple!