My goal is to publish new posts twice a week — Mondays and Thursdays. However, if you don’t see a new post on Thursday, it’s because I was too busy, so please look for a new one the following Monday. No Thursday post this week because of a brief holiday. Hope to have a new post on Monday, but it might be Tuesday.

Sotheby’s New York held its Important Tiffany sale on December 15, 2011, a day after Bonham’s New York held its 20th Century Decorative Arts sale. Sotheby’s separated its 53 Tiffany Studios’s items into one catalog and its Important 20th Century Design items into another. Continuing the excellent results for Tiffany Studios items, the sale totaled $4,597,875, with 83.0% of the offerings sold by lot and 78.2% by value. That worked out to an impressive average price of $104,497 per sold lot. The Important 20th Century Design portion of the sale grossed $5,106,251, for a combined total of $9,704,126. 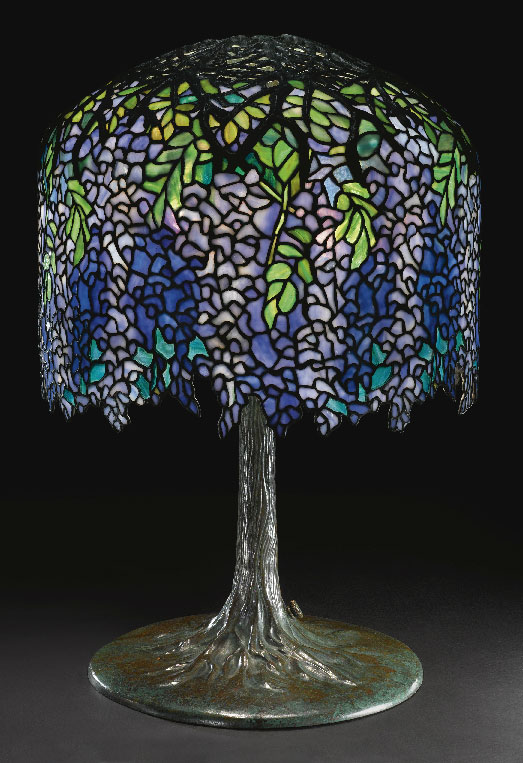 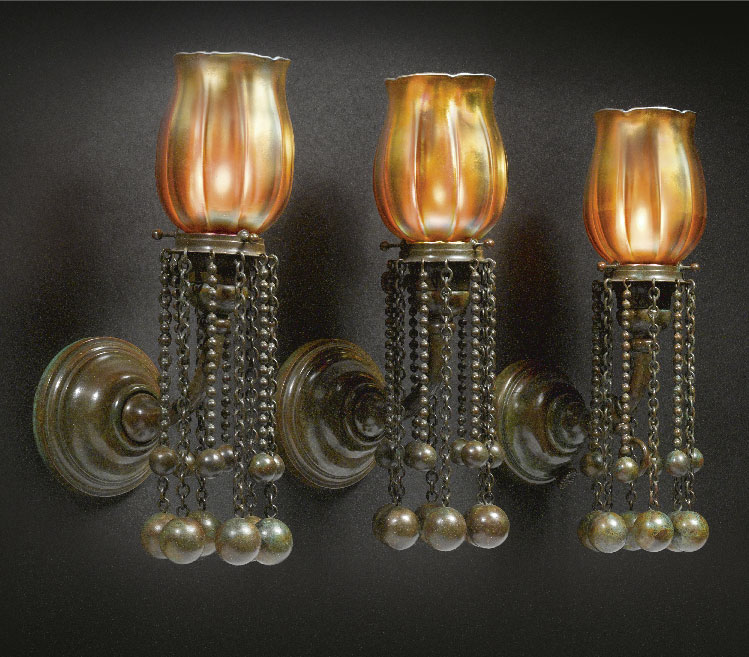 The most mystifying result of the sale was lot #231, a set of three relatively simple (except for the bronze balls) Tiffany Studios wall sconces. Estimated to sell for $25,000 – $35,000, they sold for an astonishing $182,500. Bidding slowed and almost finished near $45,000, when two determined phone bidders continued to duke it out to $182,500. Another happy consignor hit the jackpot! There’s no other way to describe it. If I had displayed these sconces at a show and asked $182,500, I would have been laughed out of the show. 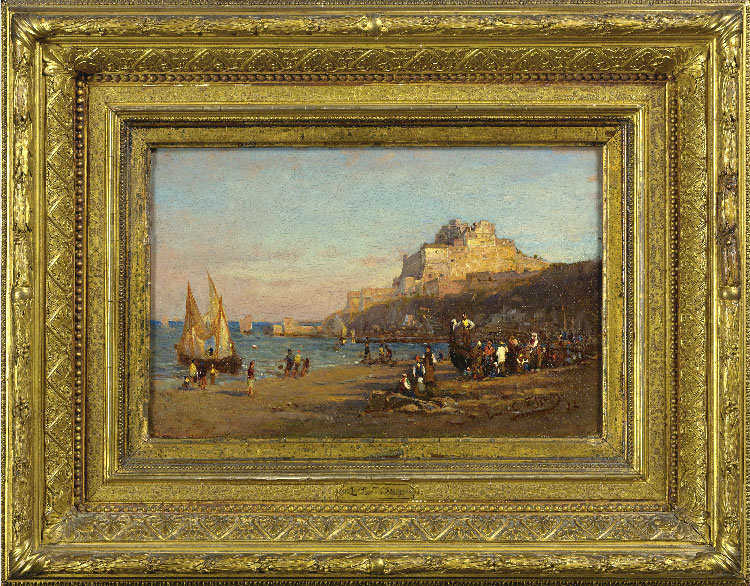 Prices and interest have been steadily rising on original artworks by Tiffany. The current exhibition at the Nassau County Museum of Art in Roslyn, Long Island, NY, displays a vast collection of Tiffany artwork. (More on that in a subsequent blog.) Perhaps that had some influence on the sale of lot #201, a small, original oil painting on panel by Louis Comfort Tiffany, of a Mediterranean seascape. Estimated to sell for $15,000 – $20,000, it realized $53,125.

For the complete results of the Tiffany sale, click on the following link. Sotheby’s Tiffany results. 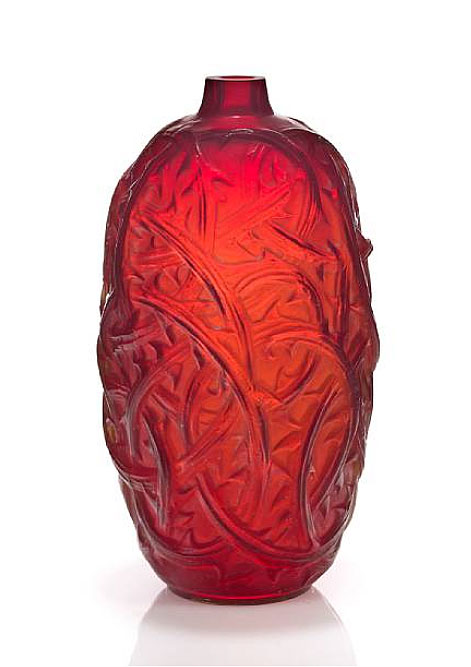