My goal is to publish new posts twice a week — Mondays and Thursdays. However, if you don’t see a new post on Thursday, it’s because I was too busy, so please look for a new one the following Monday. There will be a post this Thursday about of couple of nice surprises at Christie’s Interior sale. 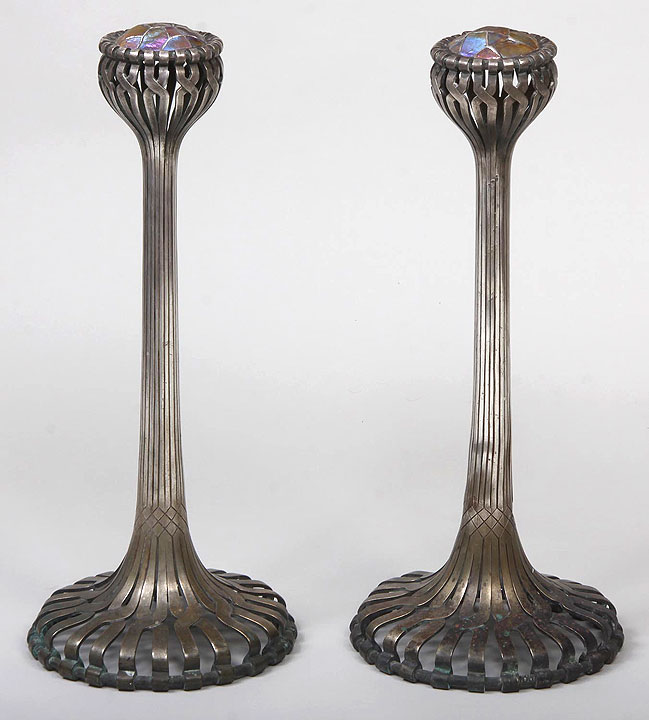 South Bay Auctions of East Moriches, Long Island held a Fine Art, Antiques & Sporting auction on Saturday, December 10, 2011. Included in the sale were a pair of andirons that were sold as lot #263, with the following description: Pair of Art Nouveau nickel plated bronze torchieres with iridescent stained glass tops, 23-1/2″h; one misshapen, loss to plating. No estimate was listed for them. It’s likely they were sold without reserve. 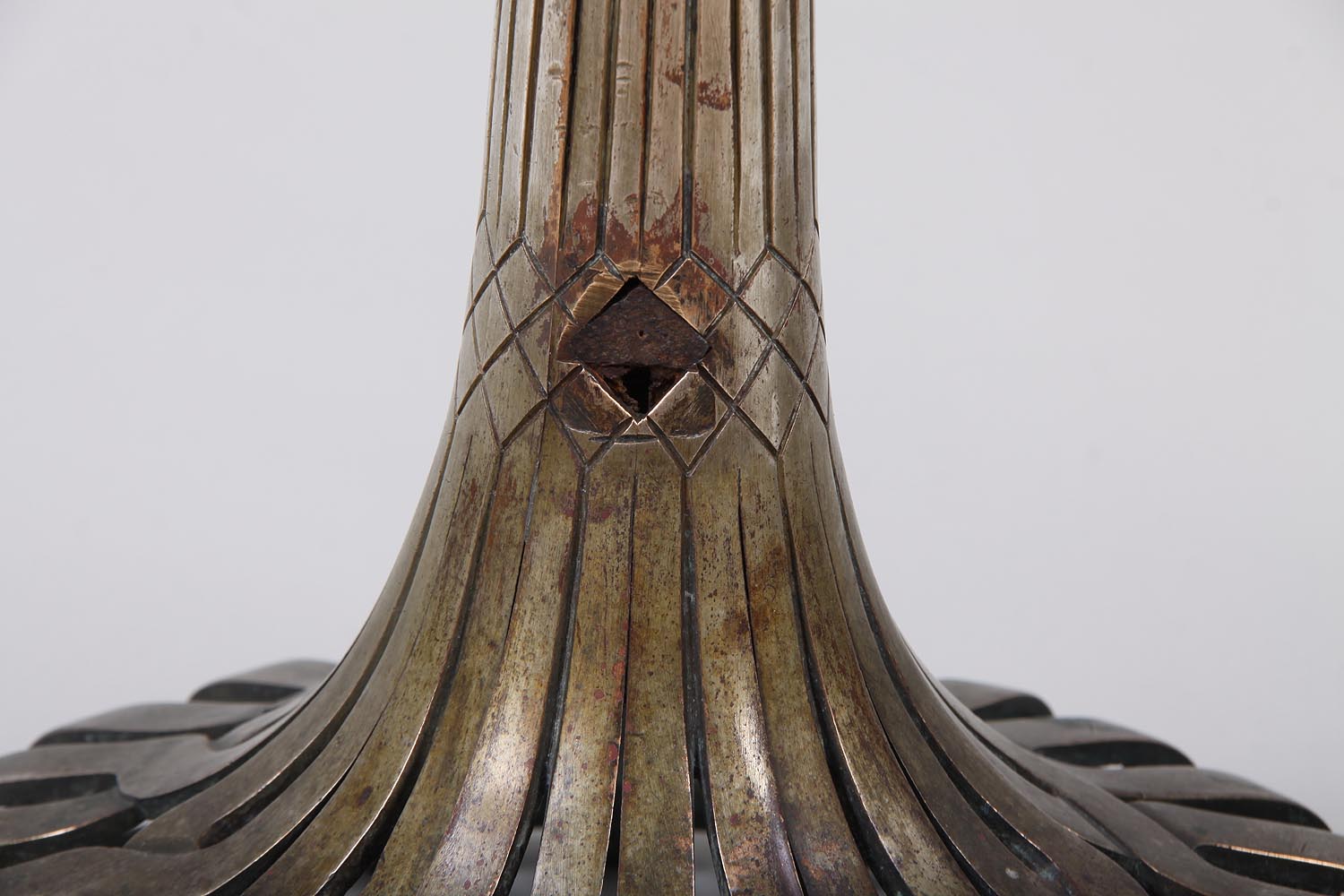 Detail photo showing where the cast iron was originally inserted

Torchieres they weren’t, as there was no way they could provide light. Rather, they were nickel-plated bronze andirons. A detail photo of the back shows where the cast iron portion was originally inserted. It had been cut off somewhere in its history. 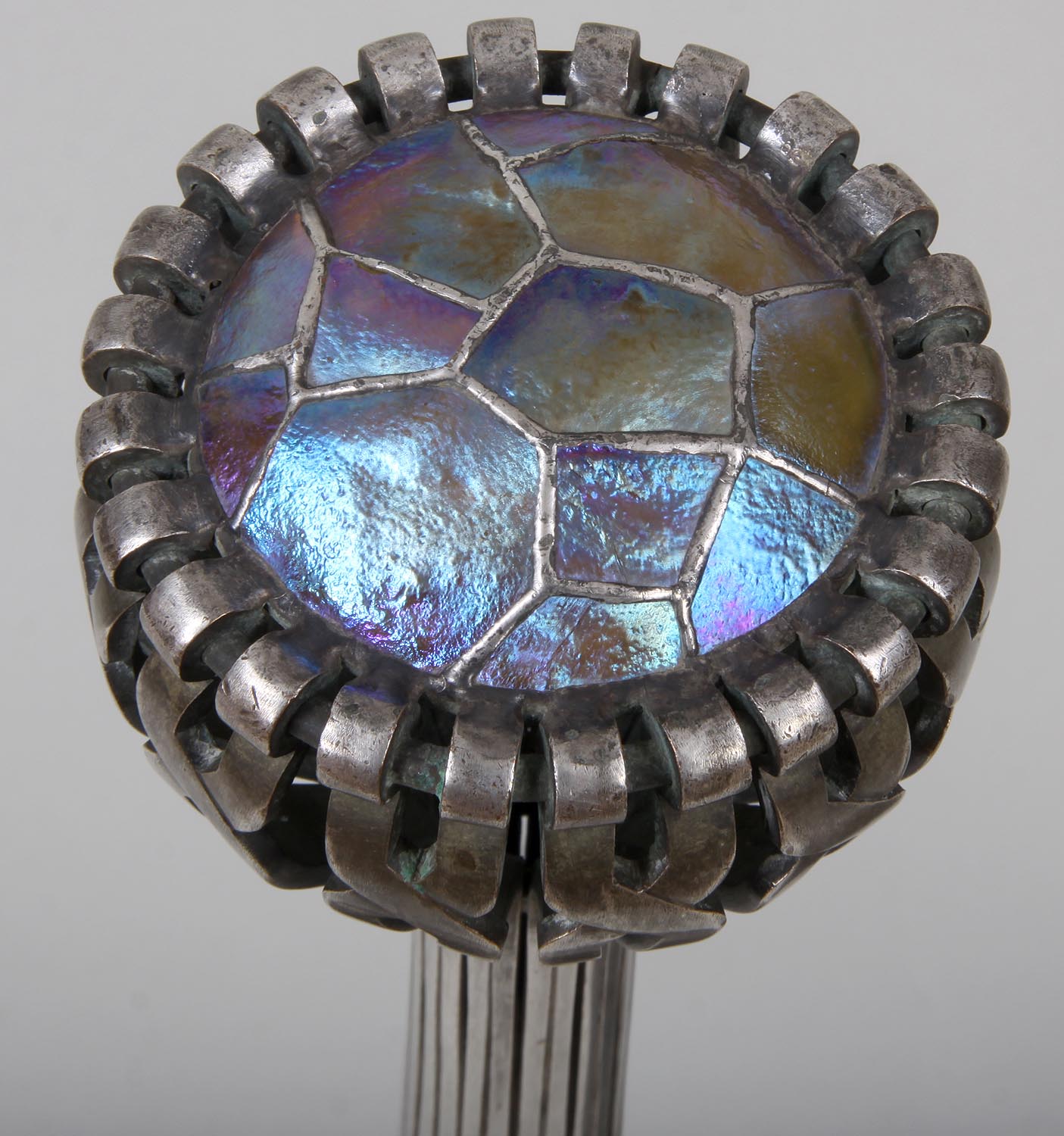 The proof that they were Tiffany Studios was in the top — leaded turtleback tiles. Fabulous! The quality, materials and workmanship all screamed Tiffany Studios. The andirons were unsigned, but Tiffany didn’t sign everything. Every once in a while, something got out unsigned.

The bidding started at a few hundred dollars and continued in hundreds until about $2,000. Then a phone bidder jumped the bid to $5,000 (a failed attempt to scare off the other bidders). After a few thousand more dollars, the live audience dropped out and left the bidding to two determined phone bidders. Again the bidders jumped a few bids, until the final price of $28,000, for a total of $33,040, including the buyer’s premium. I’ve got a pretty good idea of who the bidders were, but that’s not for publication. In my opinion, if the pair were signed and in better condition, they could have brought double or more at a major auction house in New York City. In the meantime, I’m sure the consignor was thrilled with the result.

Knowledge is power, and this item was another example. 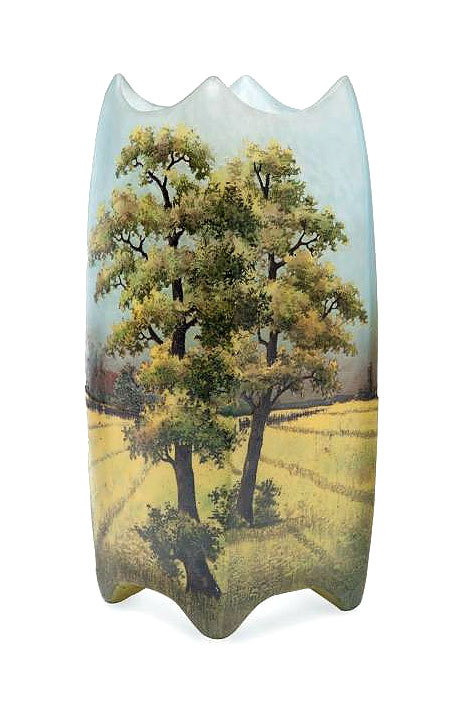