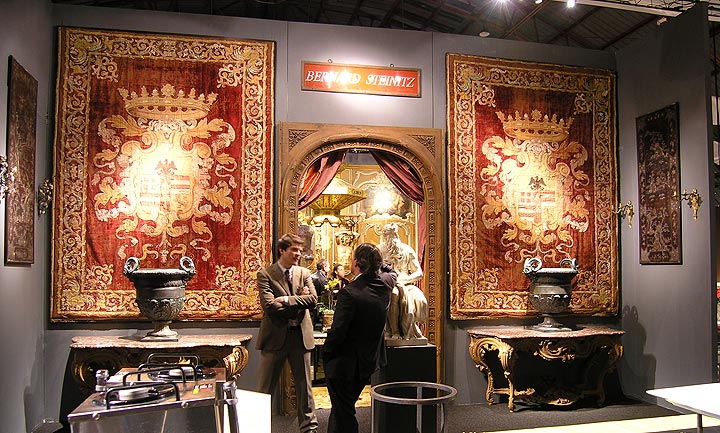 Bernard Steinitz, from Paris, set up a great exhibit in a fully walled room

The Los Angeles Antiques Show is a small, but very upscale show, with a high percentage of European dealers, some of whom were really impacted by the travel ban caused by the smoke from the Icelandic volcano. A couple of the dealers set up fantastic booths, that had to cost tens of thousands of dollars, especially coming from Europe. I wish I knew how they fared. 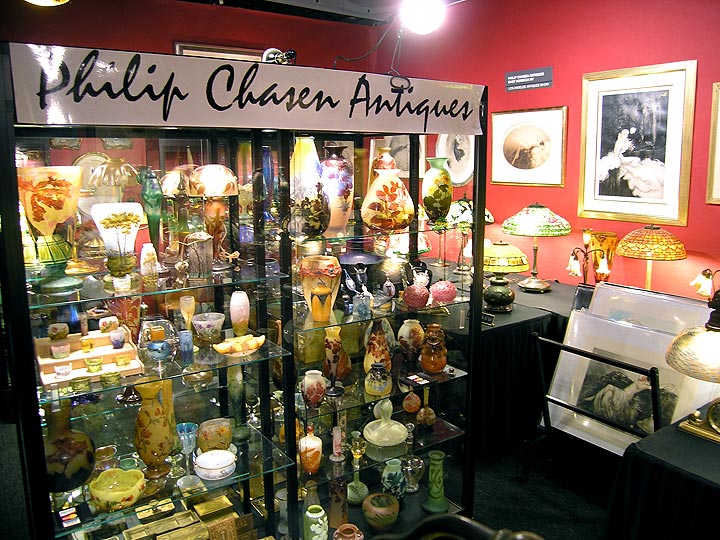 The show started off slowly on Wednesday night, with the usual preview party — many guests, very few sales. Opening day attendance on Thursday was poor, which was surprising. Friday was quite slow too, but that’s usual for a four-day show. I was told that attendance and business would pick up on the weekend and it did. Saturday was a decent day, but far from a barnburner. Attendance on Sunday was moderate, with commensurate sales. Overall, the show was decent, with interest across the board from Tiffany to Icart to Grueby pottery. As the show is a big investment in resources and time, I’m not sure I’m willing to try it again. I’ll make that decision later. 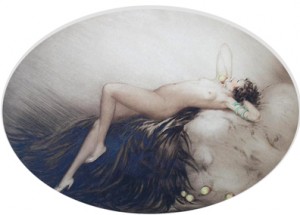 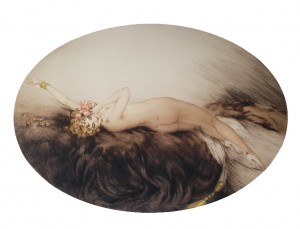 A little humorous aside. Louis Icart produced an etching called “Eve”. As everyone familiar with Icart knows, the mate to “Eve” is “Venus”. A decorator, who was not familiar with Icart, came into my booth and admired Eve. I told her that I had the mate to Eve, so she asked if it was “Adam”. I haven’t had that good a laugh at an antique show in a long time. (Now that I read it, I think this joke is only funny to devotees of Icart. The rest of you will just have to take my word it’s funny.)

I’m taking a lot of time to add new items to my website. In the last few days I’ve added to the Gallé glass and Icart etchings listings. Please take a look, as every day I’m adding more. Click on this link chasenantiques.com.