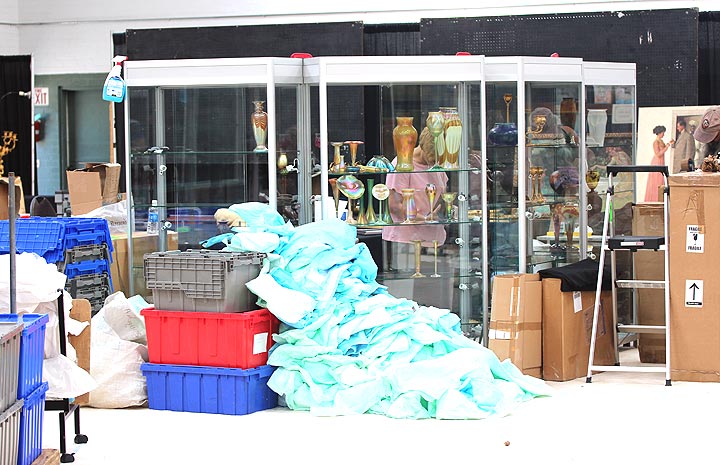 We had a big mess during setup, but the booth looked great when it was finished

I’m sitting in my booth on Saturday at 2:30 in the afternoon. My rear end is flatter than usual and I’m about to crawl out of my skin. Sometimes that’s the life of an antiques show dealer. I had hopes that this might be a decent show, but as of this minute, it doesn’t look likely. If the show ends poorly, we will not return to Los Angeles for our usual two summer shows (that includes the Pasadena Show next weekend). We’ve exhibited at the Los Angeles Antiques Show a couple of times at the Barker Hangar. That was a busier show, so we might return for that one. The problem is that it’s very expensive for an East Coast dealer to exhibit on the West Coast. We have to sell enough to make it worth our while. If it turns out to be a losing proposition, we have no choice but to give up the show. Each year, the results have gotten weaker in Los Angeles, so we’re probably better off doing shows closer to home. I hope to write a different ending to this story, but that’s the situation this minute. 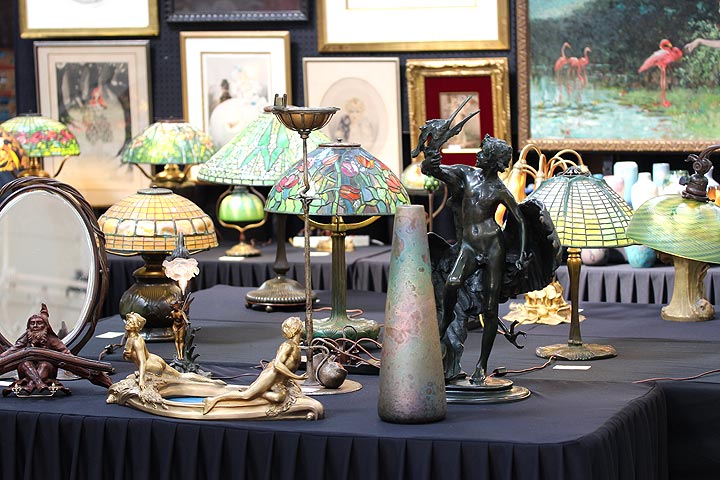 Some of the fine objects on display at the show

Sunday, 7:05 PM PDT. The show is over and I’m reflecting on the results. There were more people today and one good sale. Two total sales for the entire show. That’s pretty awful, but both were good, so it wasn’t a disaster. Also, two separate people came into the show today and sold me some very nice items. Eventually I’ll sell them and earn a profit, so all in all, the show wasn’t terrible, but certainly not good either. I’ll postpone my decision to exhibit at my usual two summer shows in the greater LA area until after this week’s show in Pasadena. If it goes well, we’ll try Southern California one more time. If it doesn’t go well, we’ll stop exhibiting at these two shows. Tune in next Monday for the verdict. I’ll also post a blog this Thursday.

We’ll be exhibiting at the Pasadena Antiques Show this coming weekend, August 3-5. If you missed the Redondo Beach Antiques Show, please try and visit us there.

Look around my website. There are many items for sale, sold items with prices and free lessons about glass and lamps. I regularly add Tiffany vases, lamps and desk accessories, as well as French cameo glass by Galle and Daum Nancy and Louis Icart etchings. Just recently, I added about 15 new items. Here’s the link. chasenantiques.com