My goal is to publish new posts twice a week — Mondays and Thursdays. However, if you don’t see a new post on Thursday, it’s because I was too busy, so please look for a new one the following Monday. Since the Original Miami Beach Antique Show closes on Monday, Feb. 6th, I will post again on Tuesday, Feb. 7th, with the results of the show. 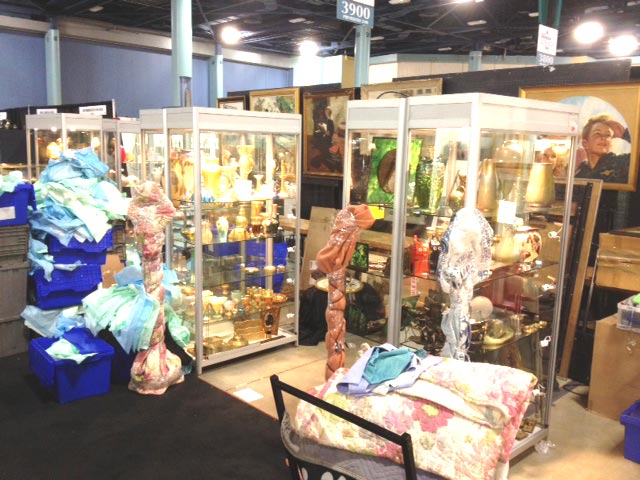 We're starting to get set up on Tuesday

The Original Miami Beach Antiques Show started setting up on Tuesday, January 31st and continued until Tuesday, February 1st. As the show is huge, it was quite an undertaking to get all the dealers in and ready for business. Lots of business was transacted during set-up — I would estimate millions of dollars before the first paying customer will walk in the door on Thursday, February 2, 2012. I personally saw tens of thousands of dollars in business transacted. 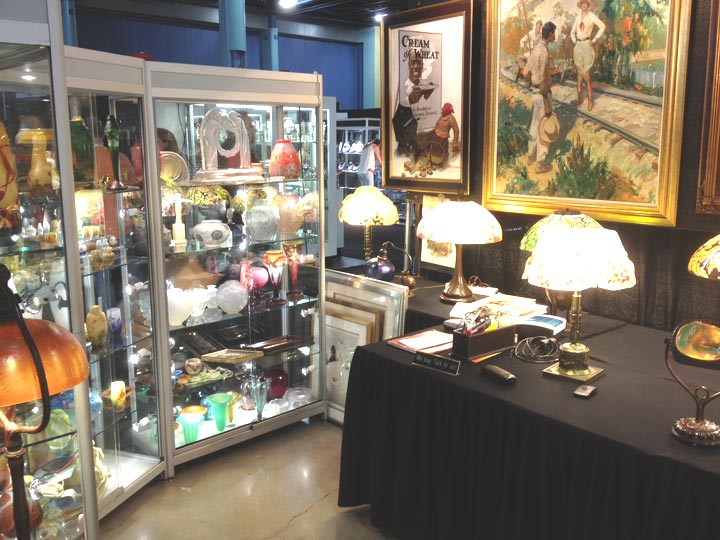 We're set up and ready for business

This show is one of the most exciting of the year for a variety of reasons. First, the show is huge. Second, many of the exhibitors exhibit at very few shows. Third, the quality of the exhibits is very high. Fourth, buyers fly in from all over the world. Fifth, the show is in Miami Beach in the middle of winter (whoo hoo!). I wouldn’t be surprised if the total of all the merchandise for sale totaled $1 billion. I would also guess that many tens of millions of dollars of business will be transacted over the course of the show. 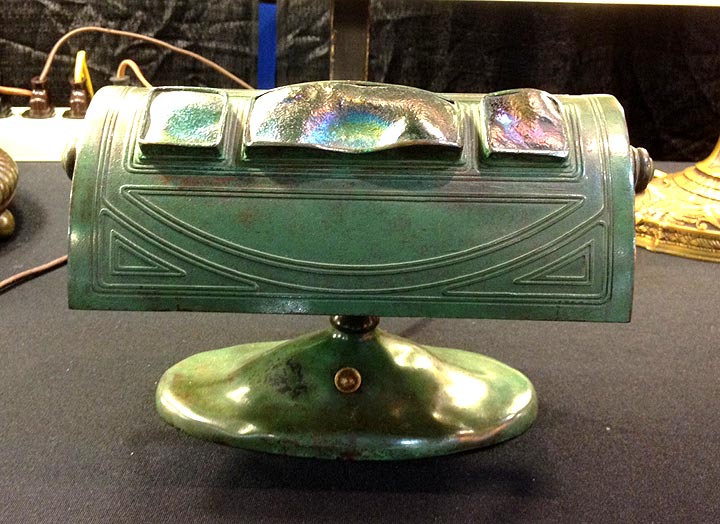 The show runs from Thursday, February 2nd at noon, until Monday, February 6th at 6 PM. If you haven’t made your plans to come, there’s still time. The weather is great and so are the restaurants. You’ll thank me.

There’s only one more show in Florida for us after this one and that’s the important Palm Beach Jewelry, Art & Antique Show. It runs from February 18 to February 21 and has some of the best dealers in the world exhibiting. We have a week in-between to rest and we’re really looking forward to it. 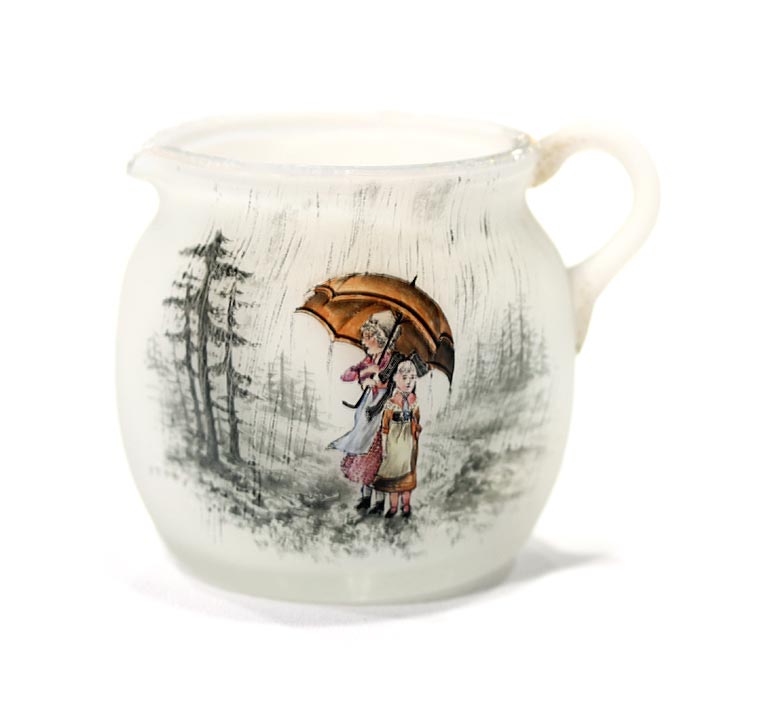 Is this Daum creamer fantastic or what? Just in.