The Baltimore Summer Antiques Fair ends the summer show season. The fall season will begin with the AVENUE show at the Park Avenue Armory on Thursday, September 22nd. Since I have less time to write about the interesting things happening in the antiques world, I am posting new blog entries once or twice a week — Mondays and Thursdays. If you don’t see a new post on Thursday, it’s because I was too busy, so please look for a new one the following Monday. 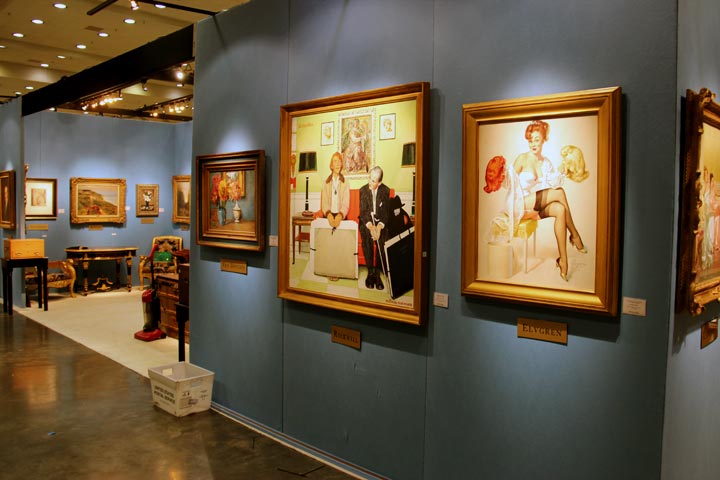 Some of the fabulous paintings in the booth of M.S. Rau of New Orleans

This is one of the rare times in the summer that I have the time to write a Thursday blog. Next Monday’s blog will be about the results of the Baltimore show. The results might be skewed by the hurricane that is roaring up the East Coast. It could head east and be no problem or it could head west and affect the whole East Coast. Not to mention the earthquake that hit the East Coast. I just exhibited at two shows in California. The entire time, I was thinking to myself that an earthquake could hit at any moment and do extensive damage to my inventory. When we left with no earthquake, I was relieved. It was surreal to come to Baltimore and experience a once-in-a-century earthquake. I knew instantly that it was an earthquake, since I’ve been through two of them in California. But it was so gentle in Baltimore that I wasn’t the least bit worried. 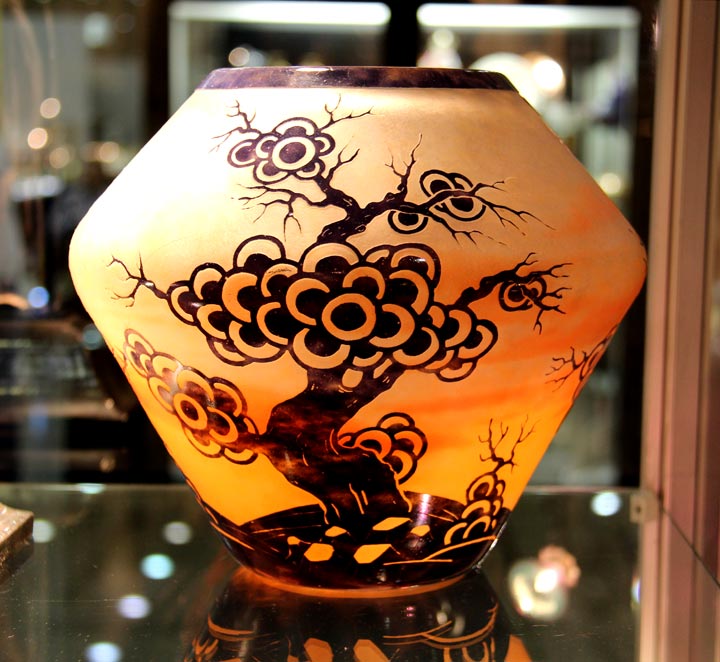 Back to the Baltimore show. It’s such an amazing show — only equaled or exceeded by the amazing Miami Beach Antiques Show. The Baltimore show is huge, with great dealers, some of whom exhibit at very few shows. If you make the trip to Baltimore you’ll see a vast selection of antiques that you would be hard pressed to find anywhere else. Where else can you find dealers from all over the United States and some foreign dealers, all under one roof, at the same time. It’s really incredible. There’s almost nothing that you can think of that isn’t here for sale. 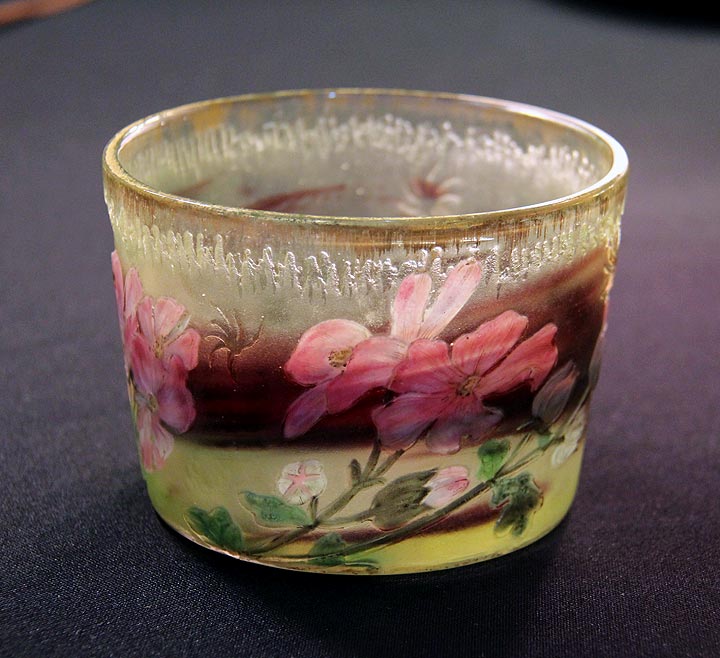 If you’re concerned about the possible hurricane, come early. Right now, the hurricane isn’t due until Sunday, if at all. The show opens today, Thursday, August 25, at noon, and continues until Sunday at 6 PM. The scope and breadth of the displays is truly astonishing. You will not regret your decision to come. 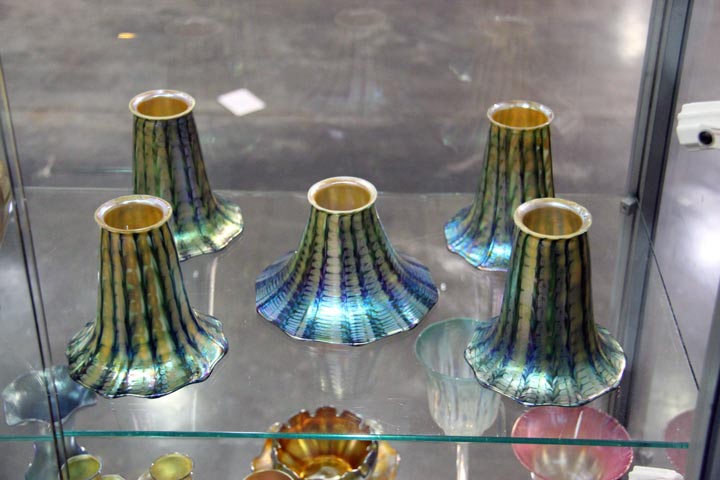 Personally, I’ve got a really great selection of items, most of which you haven’t seen before. I bought a few new extraordinary items, including a really fantastic B&S internally decorated vase, an ultra rare Le Verre Francais vase with Bonsai trees, and a fantastic Quezal set of decorated shades. Make sure you visit my booth. I’ve moved to a very big booth in the corner of the building. As you enter, make a right turn, and go into the corner. That’s the location of my new booth. 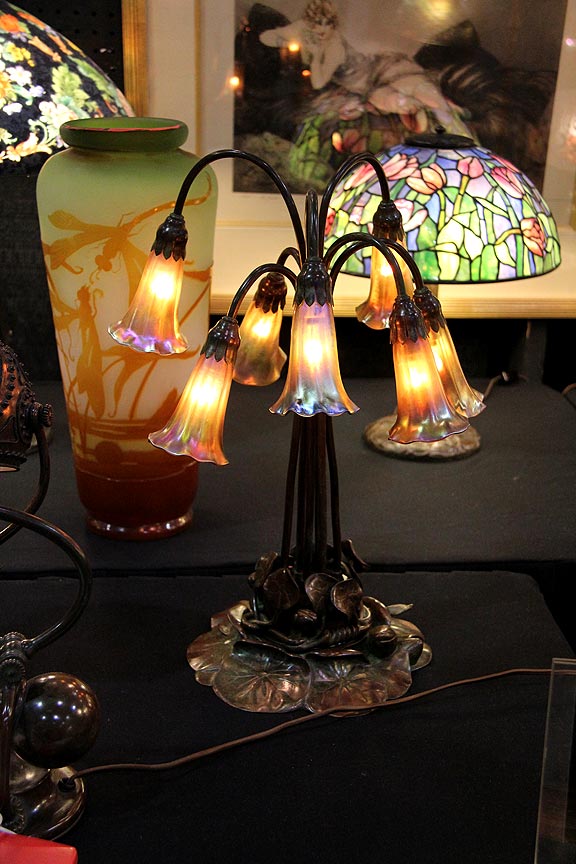