Skinner’s held their European Furniture & Decorative Arts sale on Saturday, July 9, 2011. In among the diverse offerings were two lots by the Martin Bros. of London & Southall, England. Works by the Martin Brothers have been popular and highly sought after for decades. What’s interesting is that the earlier items from the 1870s and 1880s are fairly undesirable in today’s market. Why, you may ask? Because they’re not “grotesque” — a big compliment in the world of Martinware. Early stoneware items were, for lack of a better word, ordinary. They mostly depicted realistic looking flowers and birds. At some point in the mid to late 1880s, the brothers started producing wares that were strange and zany with fantastic creatures. They also created bird tobacco jars with wonderfully eccentric faces. These are the types of grotesque items that today’s collectors eagerly seek. 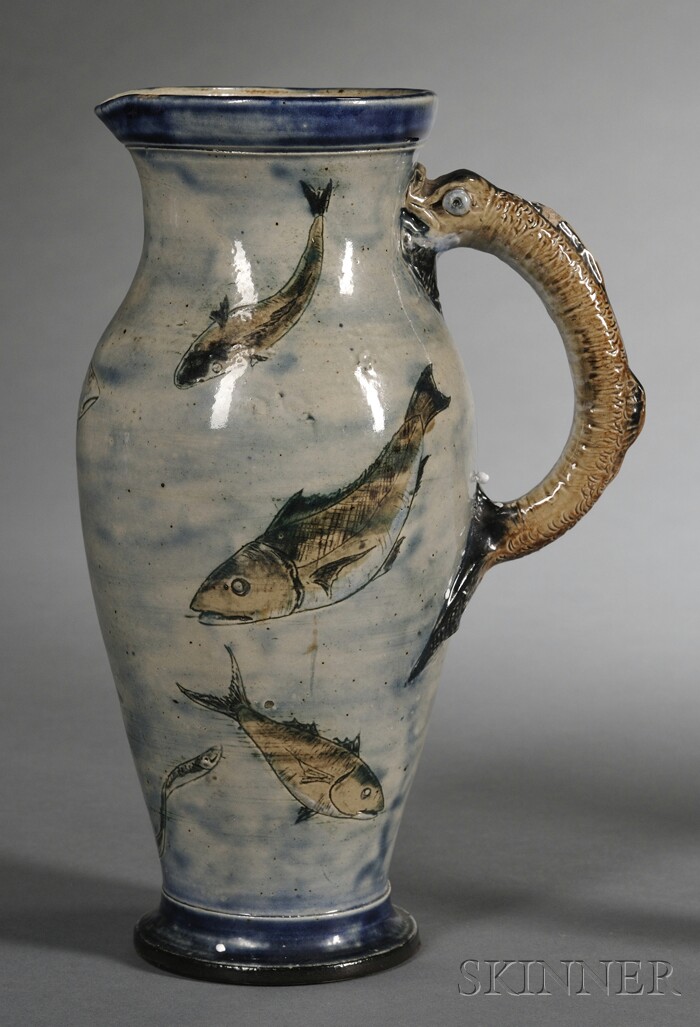 Skinner’s lot #64 was a Martin Bros. ewer from 1884, with fish decoration. The decoration shows the direction that they would begin to take a few years later. In this example, the fish are realistically depicted. As a result, I assumed the lot would not do well, but it did. Realistically estimated to sell for $2,500 – $3,500, it reached $4,148, including buyer’s premium. 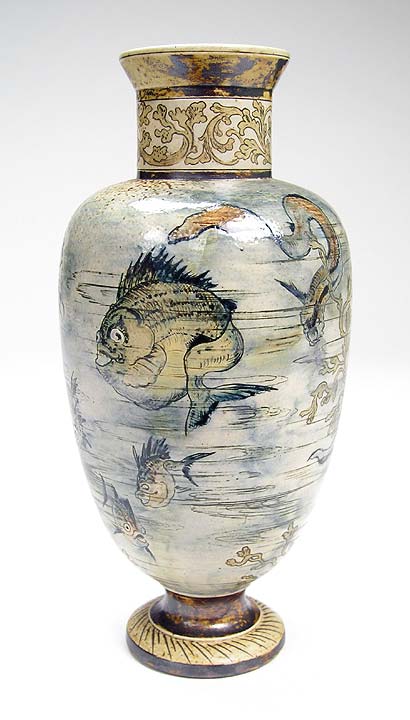 A later Martin Bros. vase with 'grotesque' fish decoration, not in the Skinner's auction, but illustrated for comparison 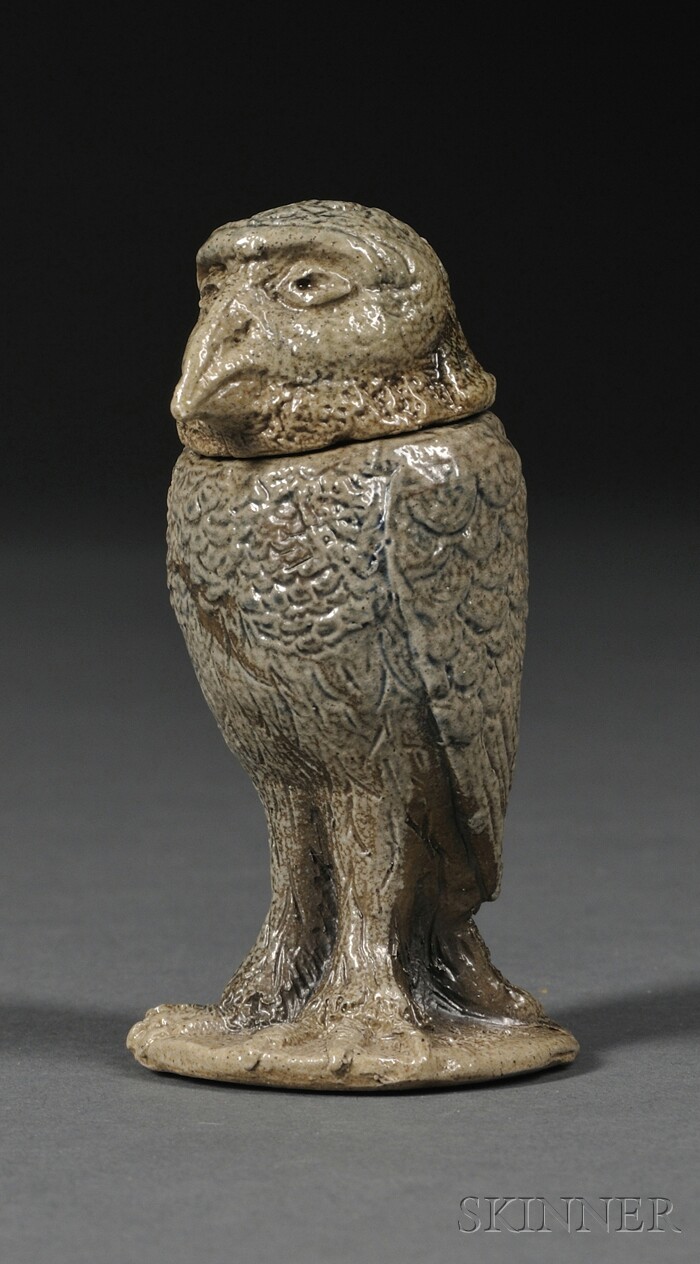 For the complete results of the auction, click on the following link. Skinner’s Decorative Arts results. 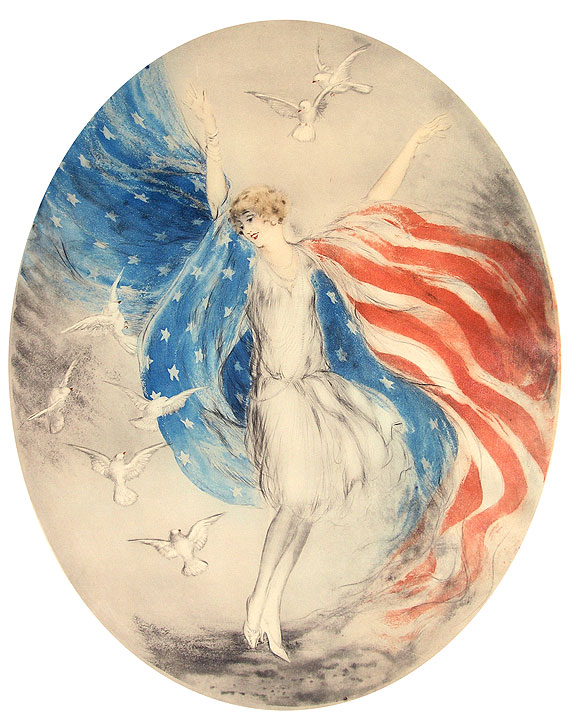