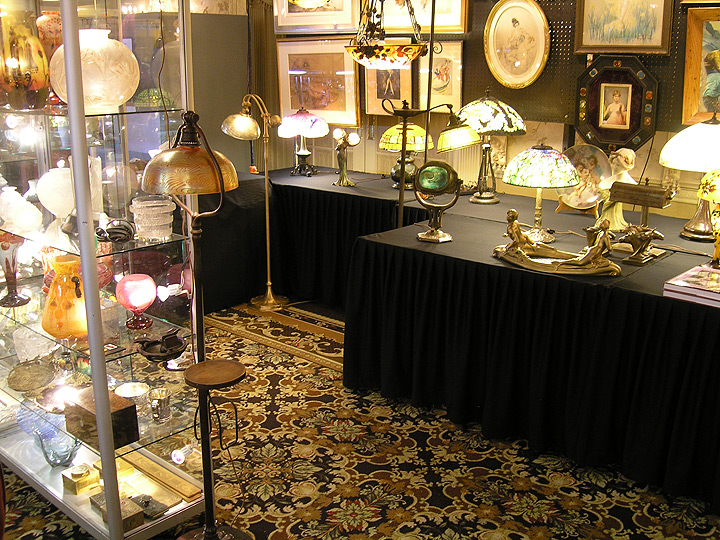 My booth at the Birchwood Manor Antiques Show

I used to exhibit at the Birchwood Manor Antiques Show regularly, but gave it up many years ago. I tried the show one more time a couple of years ago in the summer, with tepid results, so I crossed it off my list. Then recently, I received a call from the show promoter, Allison Kohler of JMK Shows, who told me she had a good booth that became available because of the retirement of one of her exhibitors. The timing was right, so I decided to try the show one more time. 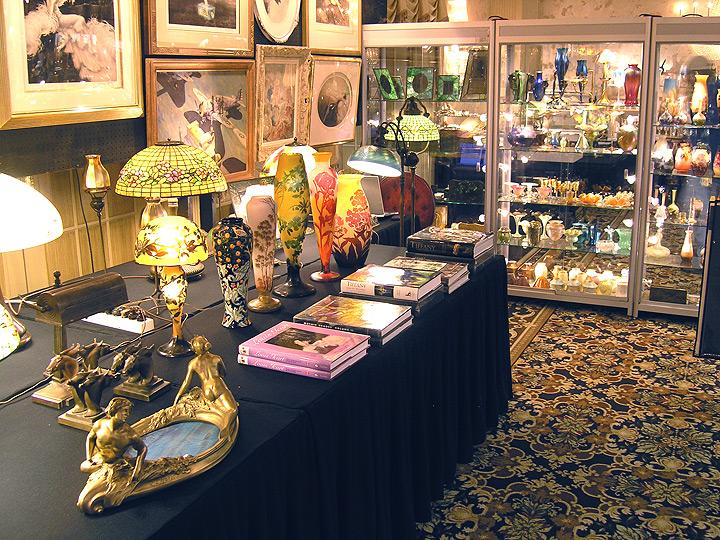 Friday was a very slow day, mostly because of the threat of significant snow. Many people were afraid to get on the road. The storm tracked away from the area, so it really was a non-event. Regardless, there was no business whatsoever from the few people who attended. I assumed that the attendance (and hopefully sales) would improve on Saturday. Attendance definitely improved and so did business, ever so slightly. At this point in my thinking, I was never going to return to Birchwood Manor. 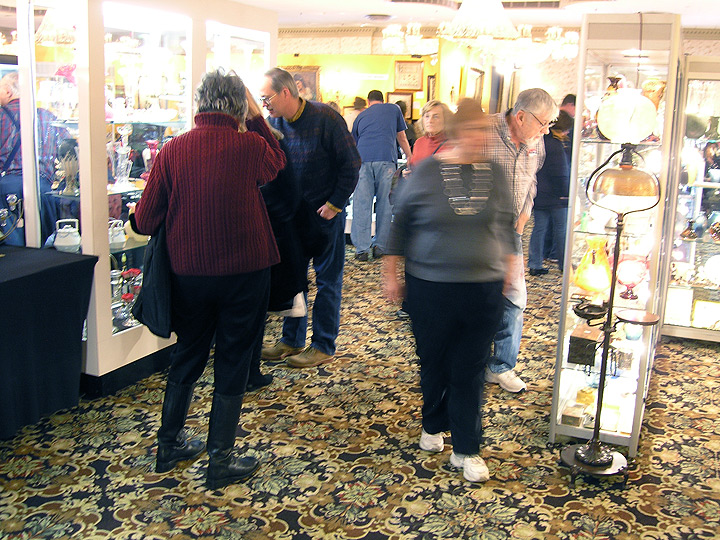 Attendance was much improved on Sunday

On Sunday, attendance increased even more. By the end of the day, sales had increased to the point where I didn’t lose money at the show, but I didn’t make enough to want to return. I suggested to Allison that what this show needed was a change from a three-day show to a two-day show. Anyone who would normally visit on Friday would be obligated to attend on the weekend. Attendance would increase on the weekend, raising the level of activity and that elusive quality “electricity”. From the dealer’s point of view, it’s a “win-win”. Attendance and interest (and probably sales) will go up, with less time committed to exhibit. How can you beat that? Much to Allison’s credit, she was enthusiastic about my suggestion and after asking other exhibitors for their opinions, it now looks like next January’s show will be two days! With a smaller commitment of time, it’s likely that I will exhibit there one more time. Now it’s up to the clients of the show. If you would like me to exhibit there regularly, visit the show and buy something from me! Another “win-win” situation!

If you like my blog, please let your friends know by sending them a link. Then check out my new Tiffany, Daum, Gallé and R. Lalique acquisitions. I’ve recently listed many of them on my website, including Daum swans, rain — more each day, plus a killer red Tiffany Favrile vase. Here’s the link. chasenantiques.com