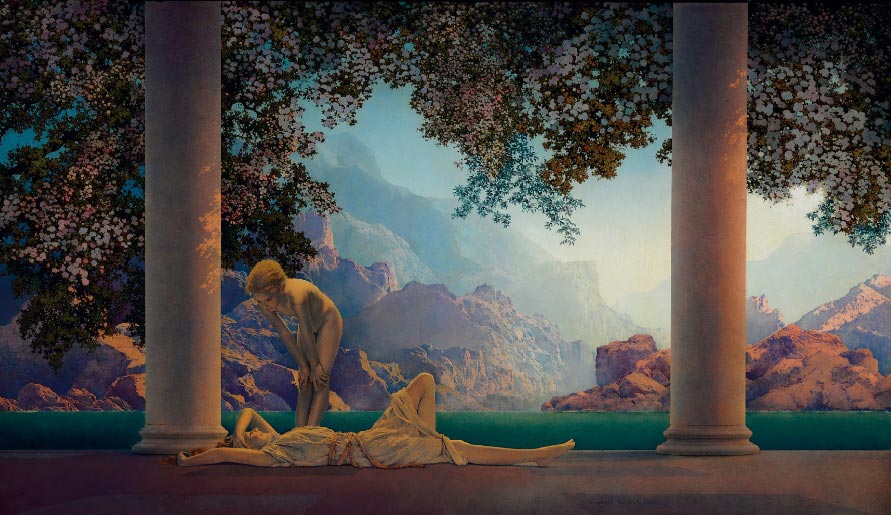 Have you been wasting your time buying Maxfield Parrish prints, when you could have been buying the originals? Christie’s New York held their Important American Paintings sale on Thursday, May 20, 2010, with 11 originals by Maxfield Parrish.

If you had a spare $5.2 million, you could have bought the original, penultimate Maxfield Parrish painting “Daybreak”. Mel Gibson and his wife, Robyn, bought it at Christie’s in 2006 for $7.6 million. Now that they’re divorcing, the new buyer got a bargain. The pre-sale estimate was $4-7 million.

In 1922, Daybreak was the first painting commissioned by The House of Art, specifically to be reproduced as a print. It was an instant success. Parrish became so famous in the 1920s that it’s estimated that 1 in 4 households in the United States had a Parrish print on display in their homes. He became the highest paid artist in the country.

The second highest Parrish painting of Christie’s sale was lot 27, “Sing a Song of Sixpence”. The huge painting, over 13′ wide, was originally commissioned as a mural for the Sherman House Hotel in Chicago, Illinois. It sold for $2,210,500, below the pre-sale estimate of $2.5-3.5 million. 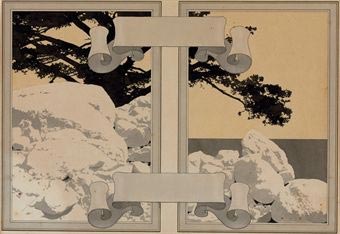 For the complete results to the Christie’s Important American Paintings sale, click on this link. Christie’s results.

47 thoughts on “Why buy Maxfield Parrish prints when you can buy the originals?”