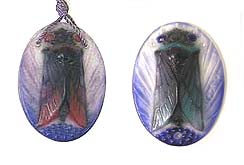 French pâte-de-verre (pronounced pot, as in pot of stew) glass is amongst the most highly collectible of all French glass. Joseph-Gabriel Argy-Rousseau was one of the early proponents of this style of glass. He designed the original models from which the molds were made for the actual production of the glassware. Once the mold was made, it was possible to produce multiple examples of the same item. However, no two items were identical, as the mold was refilled with glass powders by hand, producing color variations. Many times, totally different colors were intentionally used, so the same model item can be found in completely different colors. 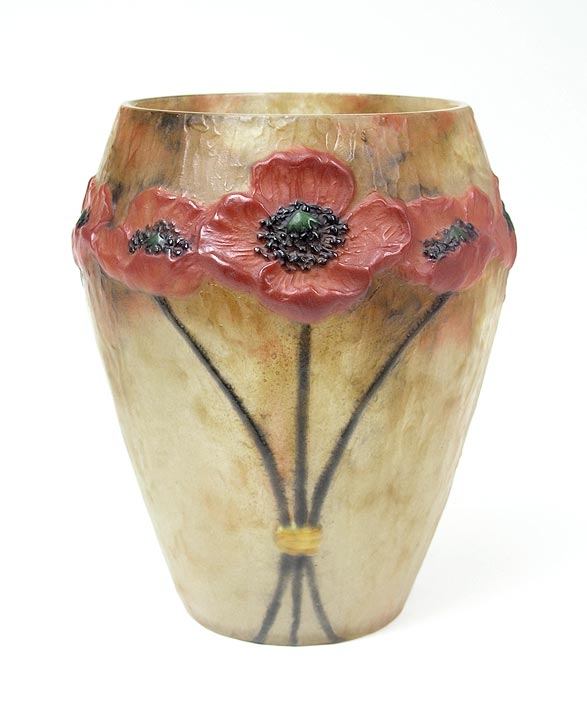 Argy-Rousseau produced many more vases than Almeric Walter, one of the other important French pâte-de-verre artists. Walter preferred to work with three-dimensional models of animals and flowers. He is most famous for his creatures, including lizards, butterflies, and bees, to name a few. 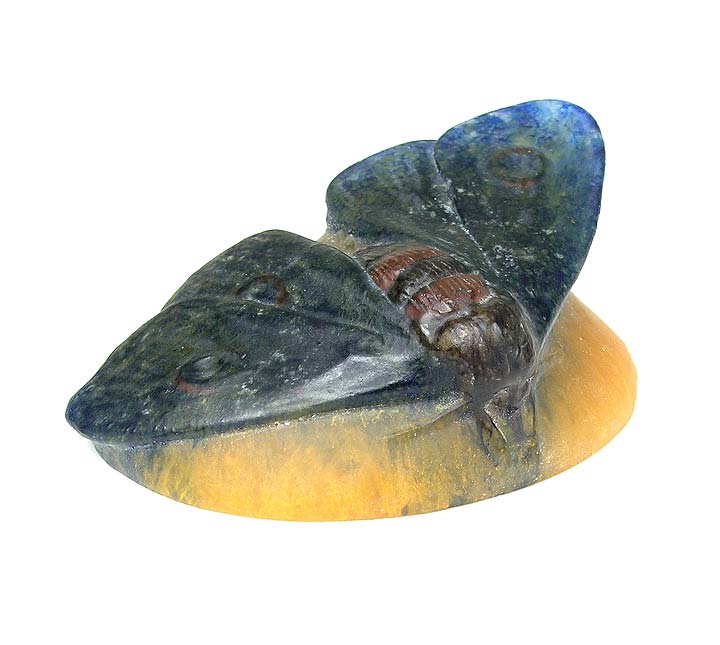 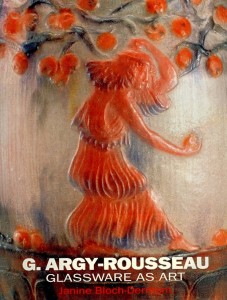 A wonderful book on the glass of Argy-Rousseau was published in 1991 by Janine Bloch-Dermant, entitled G. Argy-Rousseau, Glassware as Art. Included at the end of the book is a complete listing (Catalogue Raisonné) of all of the work by Argy-Rousseau. Each item was given a number, like 24.05, which meant the item was the fifth design from 1924. I checked on Amazon and there are a few copies of the book available, new and used, starting at $56.46.

2 thoughts on “Pate-de-verre French glass by A. Walter and Argy-Rousseau, part II”