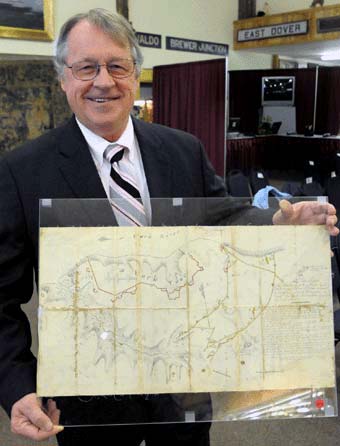 Jim Julia with the Battle of Yorktown map

Jim Julia sells millions of dollars of antiques yearly at his auction house in Fairfield, Maine, but never before has he sold a single object for over one million dollars — until February 5, 2010. On that day, Jim sold a very rare and historically important map — George Washington’s personal copy of the Battle of Yorktown. 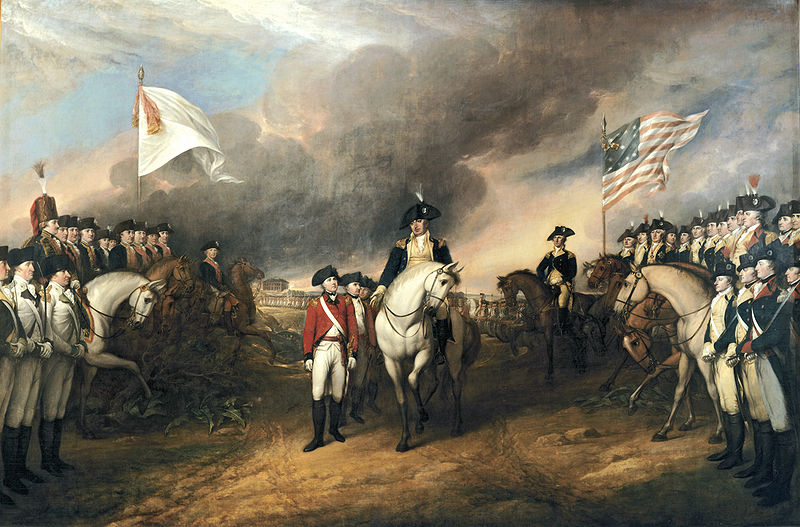 In 1781, General Comte de Rochambeau and his French army combined with George Washington and his American army to defeat General Lord Cornwallis and his British army at the Battle of Yorktown in Virginia. This was the last major battle of the American Revolutionary War. Cornwallis’s surrender led the British to ultimately negotiate an end to the war and sign the Treaty of Paris in 1783.

The map was prepared by Jean Baptiste Gouvion a few days after the battle. It descended in the family of Tobias Lear, the personal secretary to George Washington from 1784 until Washington’s death in 1799.

The action in the auction was furious with many bidders on the telephone and one determined bidder in the room. Ultimately the phone bidder won the battle against the bidder in the room, with a winning bid of $1 million, for a total of $1,150,000, including buyer’s premium. It set the record for the most expensive map ever sold at auction and also the highest price every paid for any object at auction in the state of Maine.