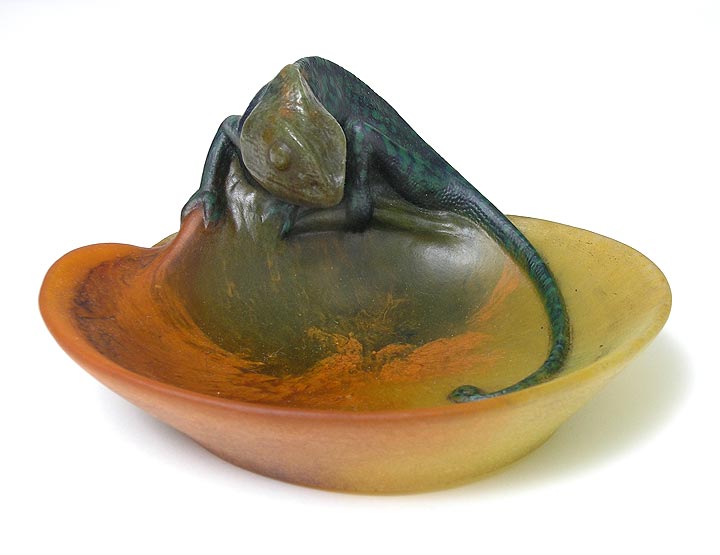 A. Walter pâte-de-verre tray with lizard

I buy and sell a lot of French cameo glass, mostly from the Art Nouveau period, 1890-1920, and the Art Deco period, 1920-1940. Some of the highest quality glass from these periods is not cameo glass, but rather pâte-de-verre (pronounced pot, as in pot of stew). It was formed in molds from colored glass powders and heated in kilns until the glass solidified, a process called vitrification. Upon removal from the molds, the items were cleaned with hydroflouric acid, washed, polished and finished for sale. Decorators such as Henri Bergé and Joseph-Gabriel Argy-Rousseau created the original models from which the molds were made. Multiple copies of the same model can be produced with a mold, so the differences that are seen are in the colors. Depending on the choice of colors or the firing temperature, each example of the same model will differ in color, but not design. Collectors value some colors more than others, so the price will vary for the same model. Muted colors tend to be less desirable and therefore lower in price. 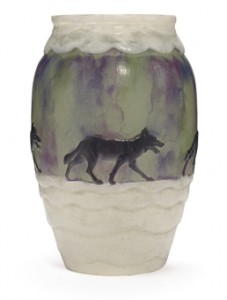 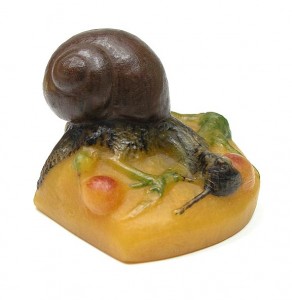 A. Walter pâte-de-verre paperweight with snail

Almeric Walter produced his best work after the end of WWI into the 1920s. He is most famous for his 3-dimensional sculptures, especially with animals like lizards or insects like bees. He preferred to use opaque glass, whereas Argy-Rousseau used both translucent and opaque glass.

The start of the Depression in 1929 impacted the production of pâte-de-verre glass dramatically. Interest and production waned significantly in the 1930s. The glassware was mostly forgotten for decades and rediscovered later. By the 1970s, it had become highly collectible and has been ever since.

6 thoughts on “Pate-de-verre French glass by A. Walter and Argy-Rousseau”