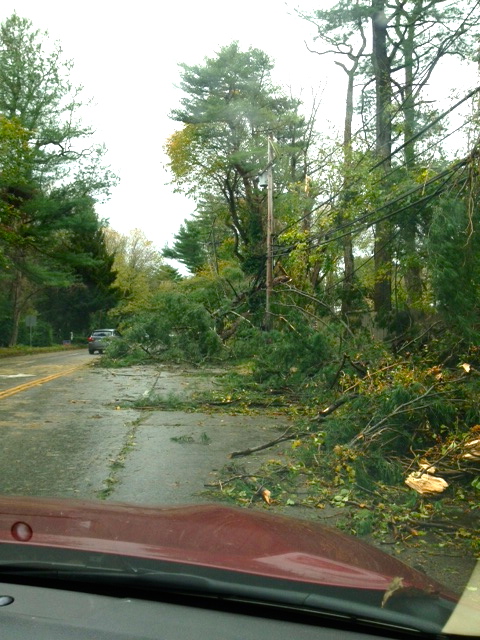 One of the thousands of trees that fell onto power lines

I didn’t know what to expect when Hurricane Sandy hit. In my mind, there would be the usual wind and lots of rain. My main concern was water infiltration into my house, especially into the basement. I was especially concerned about my daughter and her family, who live one block away from Long Island Sound, where the storm surge was estimated to be up to 15 feet. My daughter’s house is 12 feet over sea level, so the danger was real. I had visions of Hurricane Katrina with people being rescued by helicopter from their rooftops. 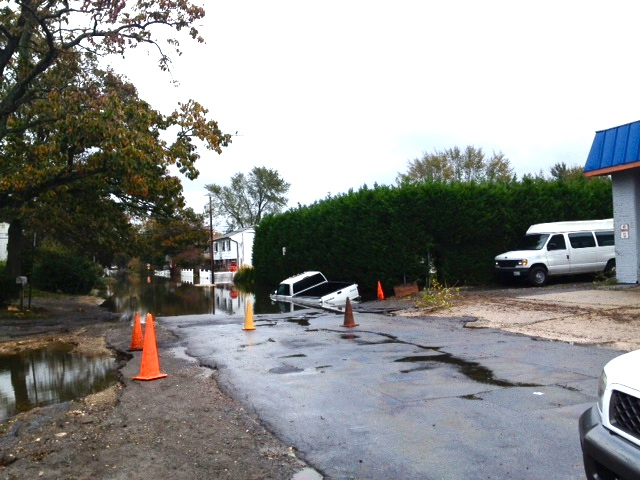 A truck is partially submerged in Bayville, Long Island

My daughter didn’t think the danger was that serious, so at first she decided to stay in her own house. On Monday, just before the storm hit, occupants of her town were told to evacuate if they lived below 15 feet. So she packed up her family and came to stay with us. We’re more inland and have a backup generator. She also has a backup generator, but it’s brand new, in a crate, in her driveway. The electrician never got around to installing it on time.

At first the storm didn’t seem too bad. There was some rain, but not anywhere near the amounts predicted. However, the wind predictions turned out to be more than accurate. My whole family huddled together while we listened to the wind howling. Once, we heard a big crack as a tree snapped and fell. We were having a party and felt safe in the house. We also didn’t want to scare our 3-year old grandchild. So we went to sleep thinking everything was fine. 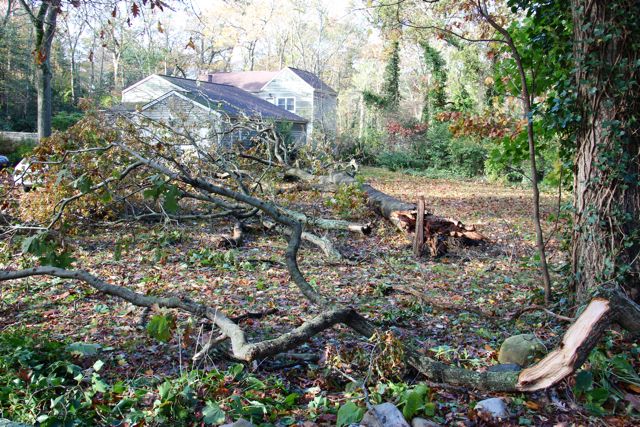 When we awoke, the storm had pretty much passed, so we were able to go outside and survey the damage. What a scene! Our very large front yard was completely covered by a huge oak tree that had snapped. It came right up to the house and the parked cars in the driveway without scratching a thing. Out back, another huge oak had snapped off into the forest. Next to it, another one was leaning at a dangerous angle as it had been uprooted. Also out back, still another large oak had snapped off. We really dodged a bullet on this storm. Several huge trees down and no damage whatsoever to family and home. Thank goodness!!! 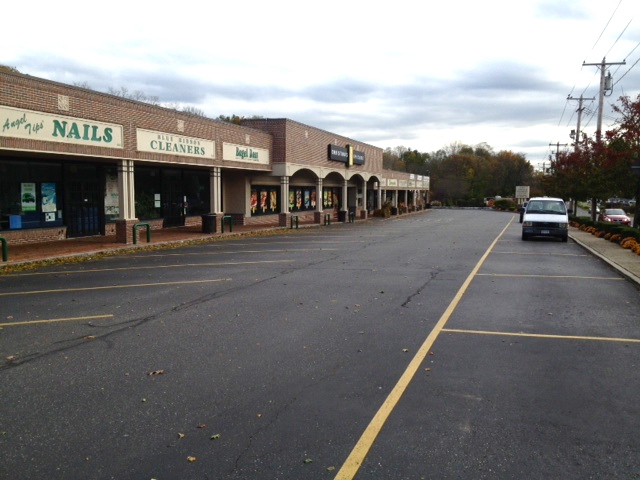 The local strip mall sits empty because of no power

As we got to drive around, the devastation became apparent. A tremendous number of trees had fallen onto power lines and utility poles, snapping them like toothpicks. It’s Wednesday night as I write this blog, and it looks likely that power crews won’t be able to restore power to my neighborhood for another 3-5 days. We’re the only ones in our neighborhood with a generator. I thought more people would have purchased one since Hurricane Irene hit last year. Now I think there’s going to be a run on generators on the entire East Coast. Go out and buy some Generac stock. They’re going to be raking it in for some time. 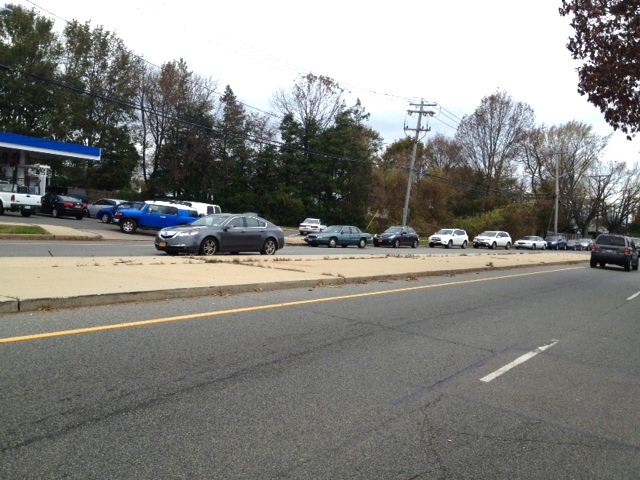 The line to get gas was long, as many stations had no electricity

So as I write this blog, here’s the latest for our neighborhood — no electricity, no telephone, no Internet, no local restaurants, no banks, no gasoline (because the pumps can’t pump without electricity). The supermarkets are open because most of them have generators. We’ve got electricity because of our generator and Internet because we have a Verizon MiFi hotspot that started working today. As for my daughter, things are looking good too. It took some time to wend our way through the back roads to her house as most roads were partially blocked by downed trees and power lines. Thankfully her house and property were unscathed. Some of the homes and businesses closer to the water didn’t fare as well. 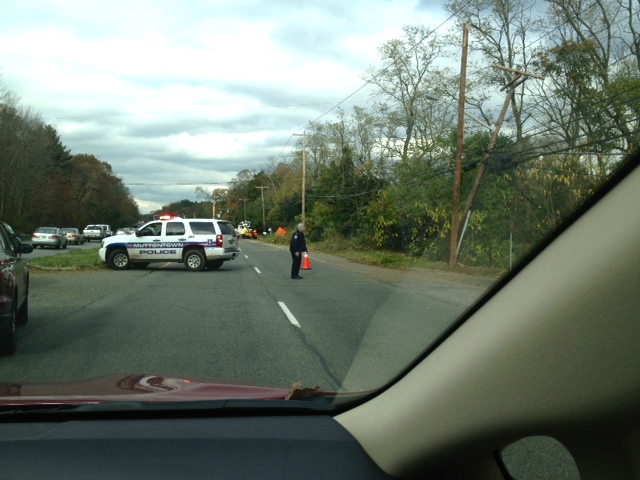 It really makes you appreciate what you’re missing. It’s easy to take services for granted, until they’re gone. Now it will be sweet just to get back to normal. 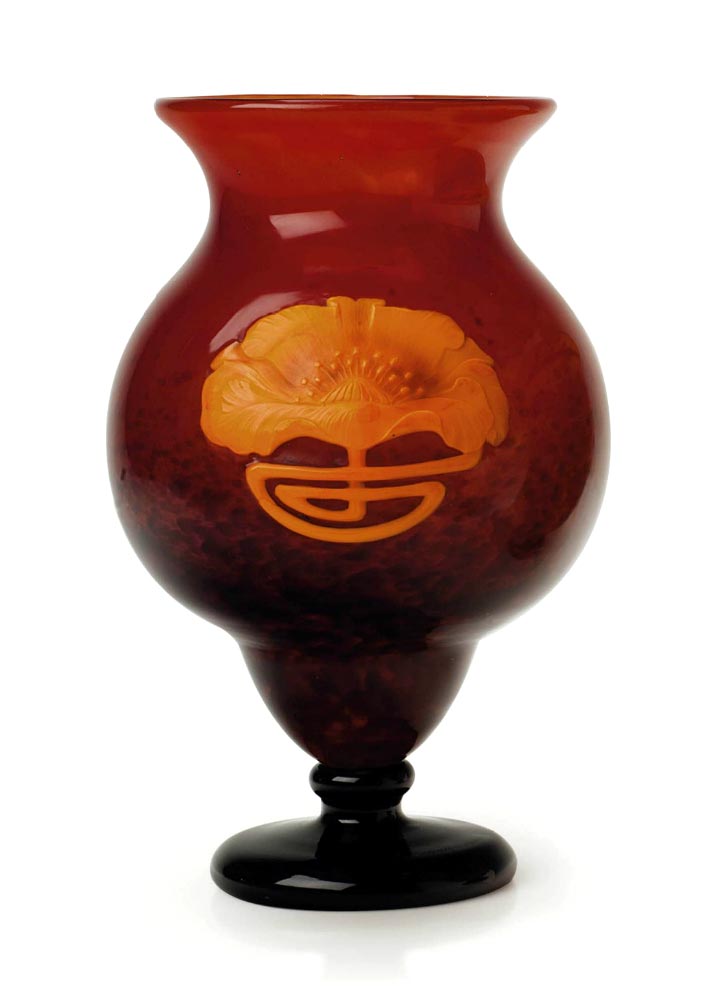 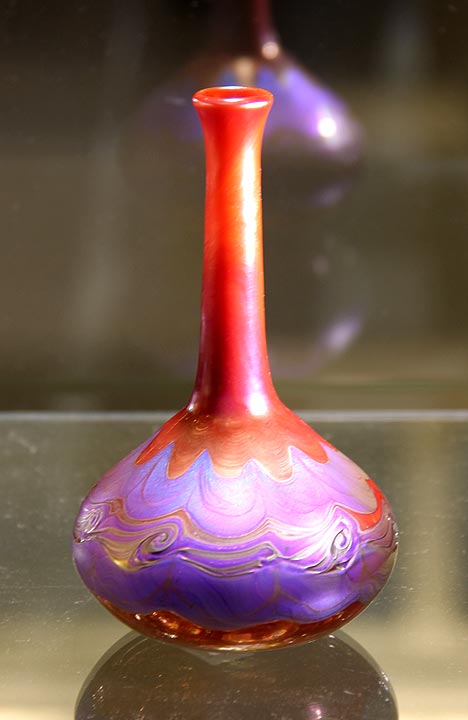