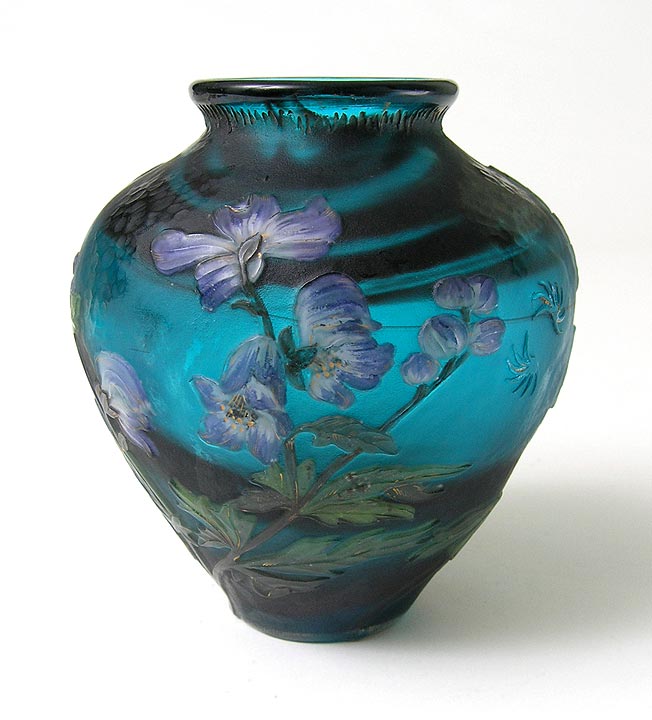 Burgun, Schverer & Cie (B&S) started business in the Alsace-Lorraine region of France, along the German border, in 1711. Germany annexed the area after defeating the French in the Franco-Prussian War of 1870, but it was returned to France in 1919 after Germany’s defeat in WWI. So technically B&S glass made in the 1890s is German, but that’s only a technicality. Everyone regards it as some of the best Art Nouveau French cameo glass ever made. 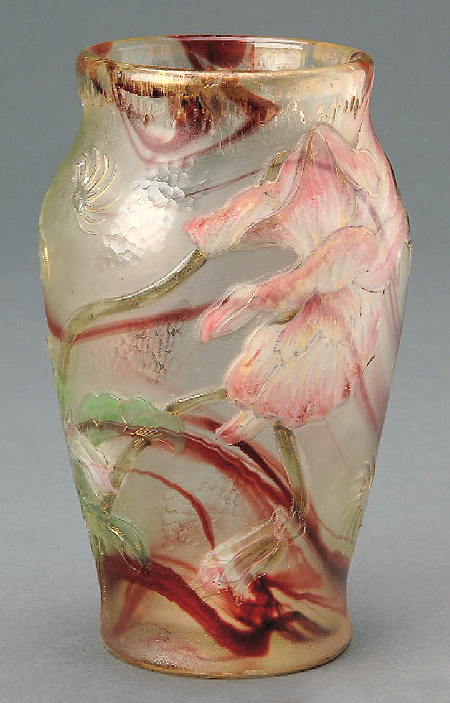 The best examples were internally decorated, accomplished through a complicated, difficult process. The process started with hand-blowing the glass to form the vase. After cooling, the floral decoration was hand-painted on the outside surface with glass enamel paint. Swirls were sometimes added. The vase was then reheated and covered with a layer of clear glass. This important step left the decoration inside the layers, hence the term internally decorated. After cooling, the vase was acid-etched to form the icicle border rim and the outlines of the flowers. Then it was time for hand-engraving, a technique called wheel or intaglio-carving, which increased the realism of the flowers. Splashes of martelé texture were also wheel-carved into the background. Finally, the gilded details were hand-painted. These included the veining in the leaves and stems and the gilded rim. The final step was to fire the vase to convert the painted gilding into shiny gold. 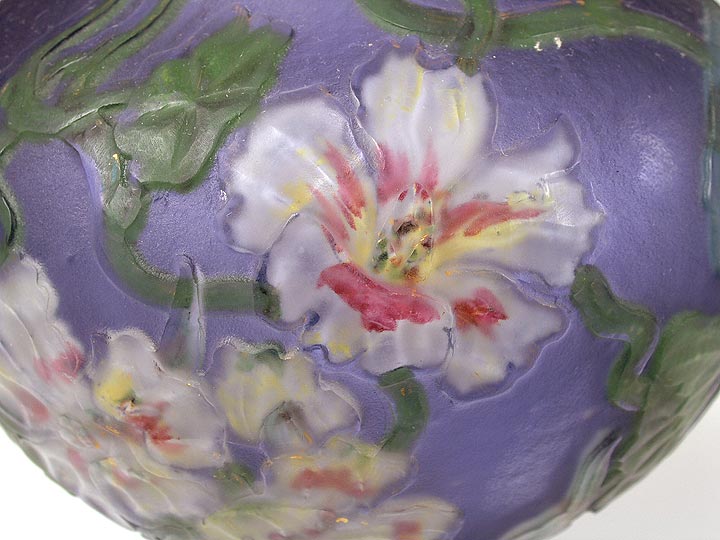 Many laborious steps were necessary to finish an internally decorated vase. My best guess is that it took two weeks to produce a single vase from start to finish. 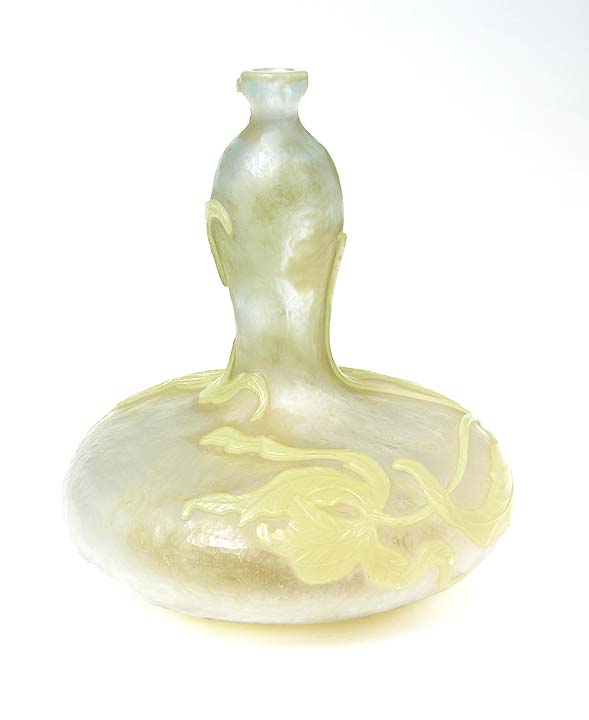 B&S isn’t as well known as Gallé and Daum, but they should be. I assume the scarcity of their work is largely responsible for that. Most good vases are priced in the $5,000 – $25,000 price range, when available, which isn’t very often.

No shows in September, but we’ll be back for the Arlington Park Racetrack Show in October. In the meantime, we’ll travel and find great new items. We always strive to offer the finest objects for sale on our website and at every show. 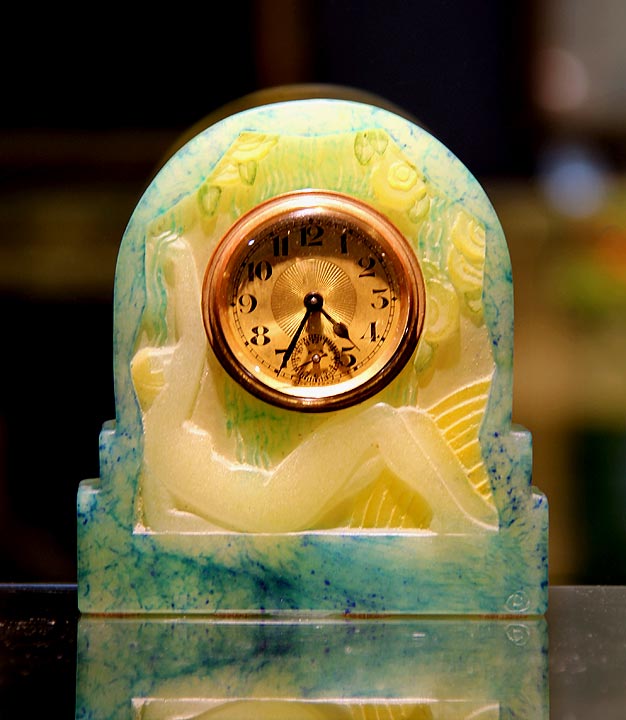 Look around my website. There are many items for sale, sold items with prices and free lessons about glass and lamps. I regularly add Tiffany vases, lamps and desk accessories, as well as French cameo glass by Galle and Daum Nancy and Louis Icart etchings. I will be adding more items this week. Here’s the link. chasenantiques.com