The summer show season has started. The last two weeks we exhibited at the Redondo Beach Antiques Show and the Pasadena Antique Show. Next week, we’ll be in Rosemont, Illinois, for the Chicago Summer Antiques Show. Since I have less time to write about the interesting things happening in the antiques world, I am posting new blog entries once or twice a week — Mondays and Thursdays. If you don’t see a new post on Thursday, it’s because I was too busy, so please look for a new one the following Monday. 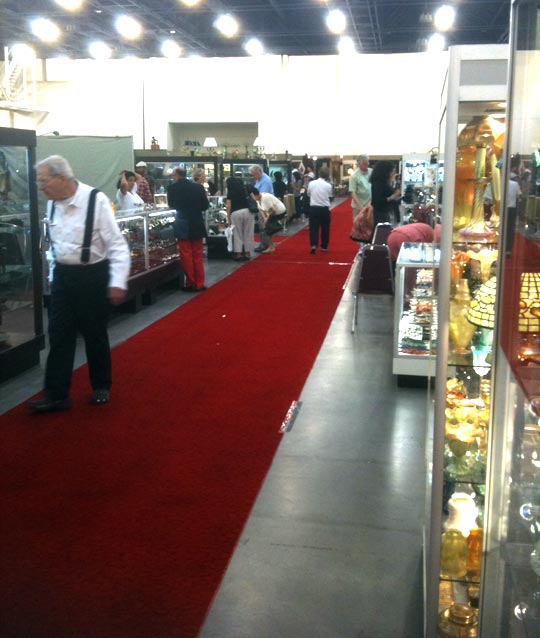 Looking down my aisle at the Pasadena Antique Show on Saturday afternoon, 4:30 PM

I’m writing this blog on Saturday afternoon, August 6, 4:15 PM. As of today, the show is going poorly, but more than a few shows have been saved on Sunday. (I’ll add to this post if it happens.) This whole trip to Southern California has pretty much been a waste of time, energy and money. 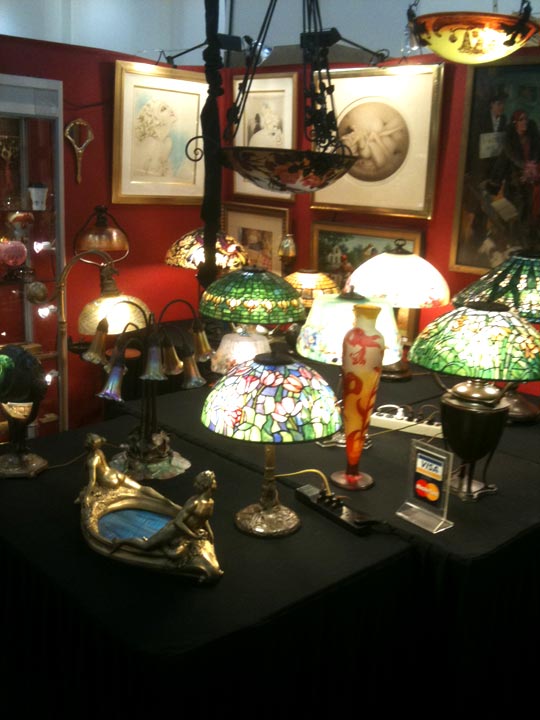 My booth at the Pasadena Antique Show

Last week we exhibited at the Redondo Beach Antiques Show. The show has gotten quite a bit smaller from the first time we exhibited there. A large part of the show used to be outdoors, but last week there were only a handful of outdoor exhibitors. It’s part of a larger problem with antique shows. Too many of them are shrinking. Many exhibitors have chosen to stop exhibiting, either because they weren’t doing well or because they were getting too old. In addition, there aren’t enough young dealers and collectors to replace the aging ones. The show wound up being neither a money maker nor a money loser. In dealer’s lingo, we bought our way out of the show. The translation is that we didn’t sell enough to make any money, but we bought some items that will yield profits down the road when they are sold. 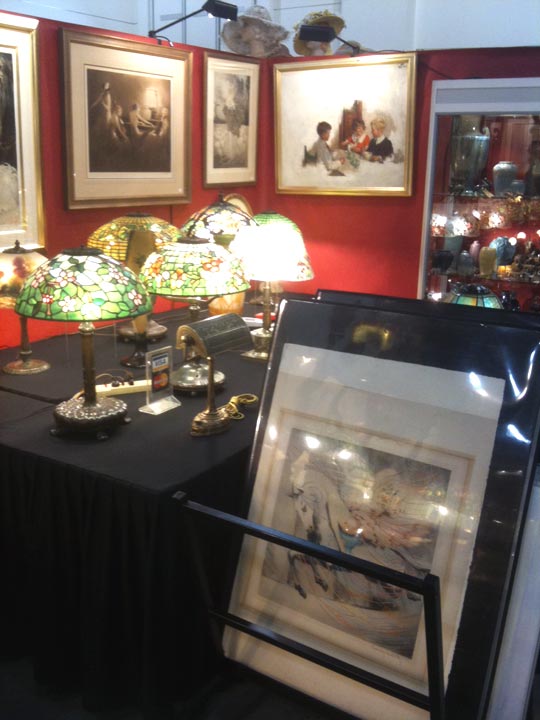 Another view of my booth at the Pasadena Antique Show

The Pasadena Antique Show is a more established show. It took place at the newly renovated Pasadena Convention Center. It looks like an official antique show, but it too is substantially smaller than it used to be. Attendance was decent, but not great. Interest and sales were poor, but in walking around, many dealers were making sales. It wasn’t our turn.

I’ve met some great clients at these two shows in the past and it’s possible I’ll meet others in the future. I’m not giving up yet on these shows and Southern California in general, but I may if they don’t improve. I’ll keep you posted. 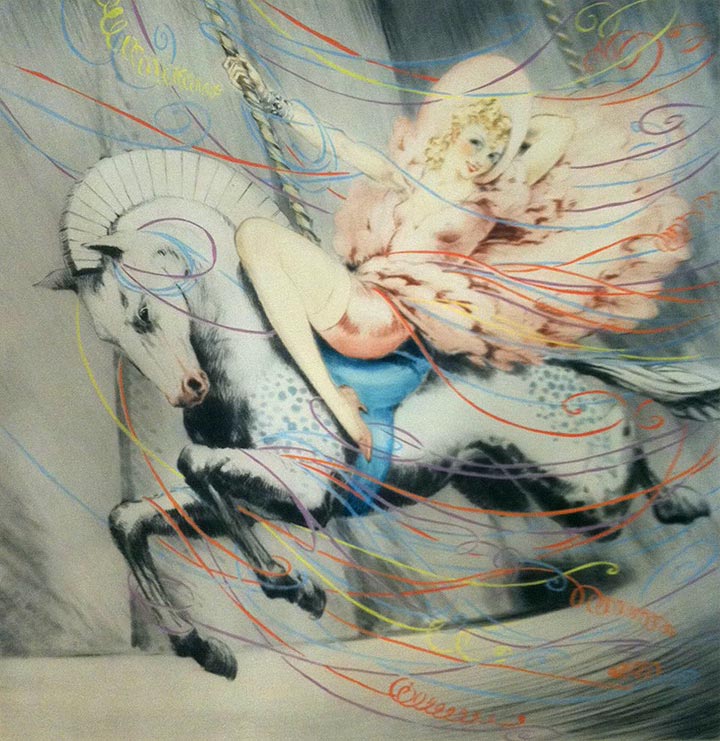