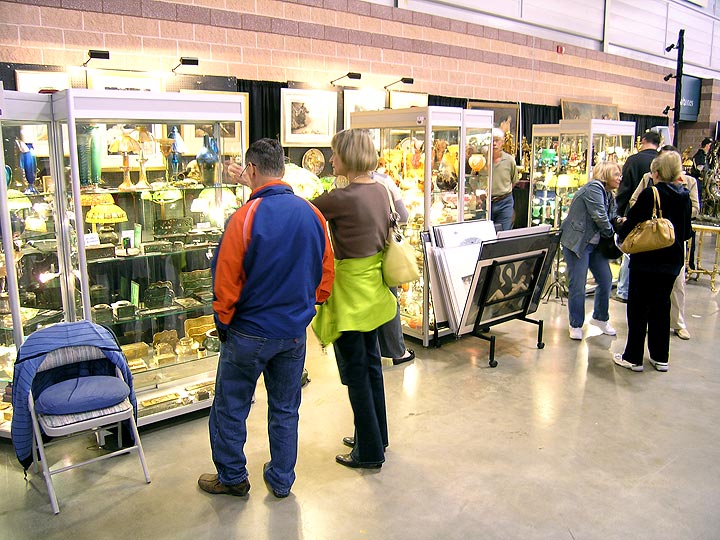 I stopped exhibiting at the Atlantique City Antiques show a couple of years ago, as the show had deteriorated in terms of the number and quality of exhibitors and the attendance. I correctly predicted that the show would ultimately fail. After the demise of the original show, Allison Kohler of JMK Shows revived the show, which was held this past weekend. She asked me to exhibit there, which I did, even though I was quite reluctant. I wanted to support Allison and hoped the new edition of the show would be successful. Unfortunately for me, the show did not go well. Sales were few and far between, but I was able to buy well at the show, so ultimately it won’t be a loss. If I had to rely on sales alone, I would have lost money at the show, a rarity for me. 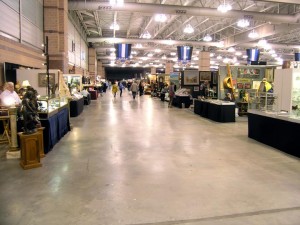 Attendance at the show was moderate on Saturday and slow on Sunday. It never appeared crowded, but that’s partly due to the huge size of the exhibit hall. Parking spaces were at a premium as Mary Kay Cosmetics and a cheerleading competition were holding their conventions simultaneously at the Convention Center. The show was too quiet most of the time. Pleasant, quiet music over the PA system would have been helpful, especially to mask the noise coming from the cheerleading competition next door.

I spoke to a number of exhibitors at the show about their results. One dealer told me she did very well. Another said he sold well to the dealers pre-show, but did not make a sale to the public once the show opened. Another told me he did better at this show than the Pier Show a couple of weeks earlier. Most dealers told me their shows were OK and a few told me their results were poor. Interestingly enough, most dealers said they were signing up again for next year, even those that lost money. They wanted to give the show another opportunity but I’m not one of them. Personally, Atlantic City doesn’t seem to be a good fit for me, so I won’t be returning. I wish Allison, JMK Shows, and all future exhibitors the best of luck in coming years. Hopefully with enough tweaks, sufficient advertising and good word of mouth, the show will improve each year. Meanwhile, I’m looking in another direction, toward my upcoming shows in Chicago and Los Angeles. I’ve got many friends and clients there, so I’m looking forward to visiting next month in April. Here’s the link to my exact show schedule. Philip Chasen Antiques show schedule.